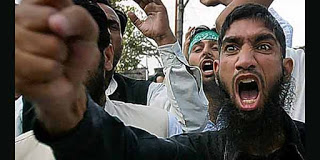 There are a lot of unanswered questions when it comes to the murders at the Christmas party and awards meeting for mental health workers in San Bernardino yesterday.
A lot of it makes no sense from a tactical point of view. I’m sure that pieces of the puzzle will be inserted and all will become clear, but from an operational perspective, the Muslims made every dumb move in the books.
(1) Saeed Farooq (spotter) left the meeting early, presumably upset. A few minutes later two people armed with AK-47’s and handguns entered the meeting room and killed 14, wounding 17. Then they left. Witnesses saw them leave in a black SUV.
(2) People in the meeting knew Saeed Farooq and gave his name, date of birth and home address to the police who set up a surveillance on his house in the nearby community of Redlands. If you just committed a mass murder, would you flee to the home of a person known to those at the party? It’s not only bush league, it’s insane. If you Google Earth the address: 53 North Center Street, Redlands, CA, the picture shows a black SUV parked in front.
(3) Then, people who we presume to be the two shooters, a man and a woman, leave Saeed Farooq’s home in the black SUV (get-away car) and the police make a traffic stop. By this time, the police are armed for bear and when the shooters open up on them, the Muslim killers are overwhelmed and killed.
(4) The San Bernardino Police and the FBI are interrogating Saeed. They announced that Tayyeep Bin Erdogan, the female shooter (now deceased) was a citizen of Qatar.
I think that the first question is why anyone would target a mental health worker’s Christmas party and awards meeting in San Bernardino. It’s not Disneyland, it’s not a tall building in New York City, it’s not a shopping mall, it’s not a government building or a religious target like a synagogue. Nobody cares about anything that happens in the largely ghetto city of San Bernardino. Paris, it’s not.
Why would Jihadis blow their cell’s cover to wipe out a multi-racial gathering of generally overweight women who work for county government in a city that nobody cares about?
It remains to be seen. 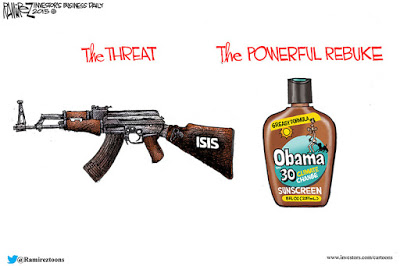 Naturally, Barack started on a tirade about gun control until he heard that the shooters were his beloved Muslims. He hasn’t been heard from since that surfaced. I’m sure that the mainstream media are kicking themselves for covering the event because it doesn’t fit the inclusive narrative of bringing more (unvetted) Muslim refugees to America.

I’m sure that Barack will pronounce that it’s just another case of workplace violence. 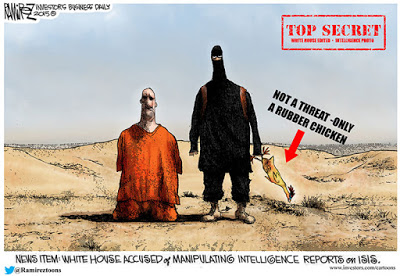 Why do so many Syrians and unhappy Arabs (relocated refugees) live in the desert ghetto zone of San Bernardino County between the Lucerne Valley and Barstow (high desert), on the doorstep of Los Angeles, but out of sight of the FBI and authorities for the most part?