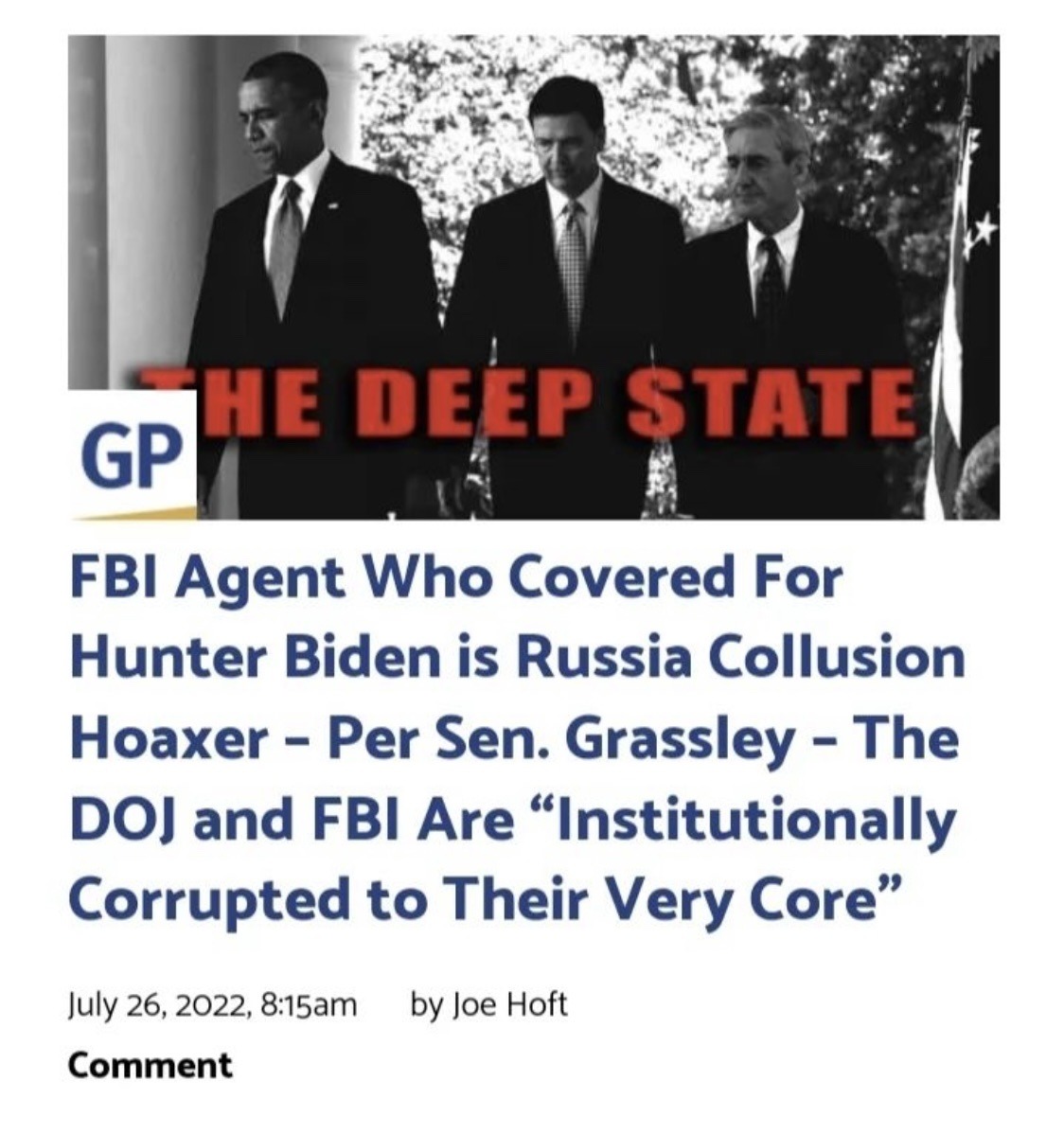 Klickitat County Sheriff Songer, who is running for reelection to a third term in office, said that if residents are contacted by an ATF agent or any other federal agent lacking a search warrant to inspect firearms they have purchased, residents do not have to cooperate with the authorities and should contact his office if the agents refuse to leave their property.

“The ATF must answer questions on why they decided to conduct an illegal search, especially since the homeowner had done nothing wrong,” Sheriff Songer said in the statement. “These actions by the federal government are unsettling, and they have no business going door-to-door to see who owns firearms. I fear that there will be more illegal inspections to come as the Left continues its assault on our 2nd Amendment rights. Congress should investigate this immediately.”

The best policy is not to cooperate with Federal Law Enforcement under any circumstances unless compelled by a court order (such as a search warrant). Elect Sheriffs who will support and defend the Constitution against all enemies, foreign and domestic. 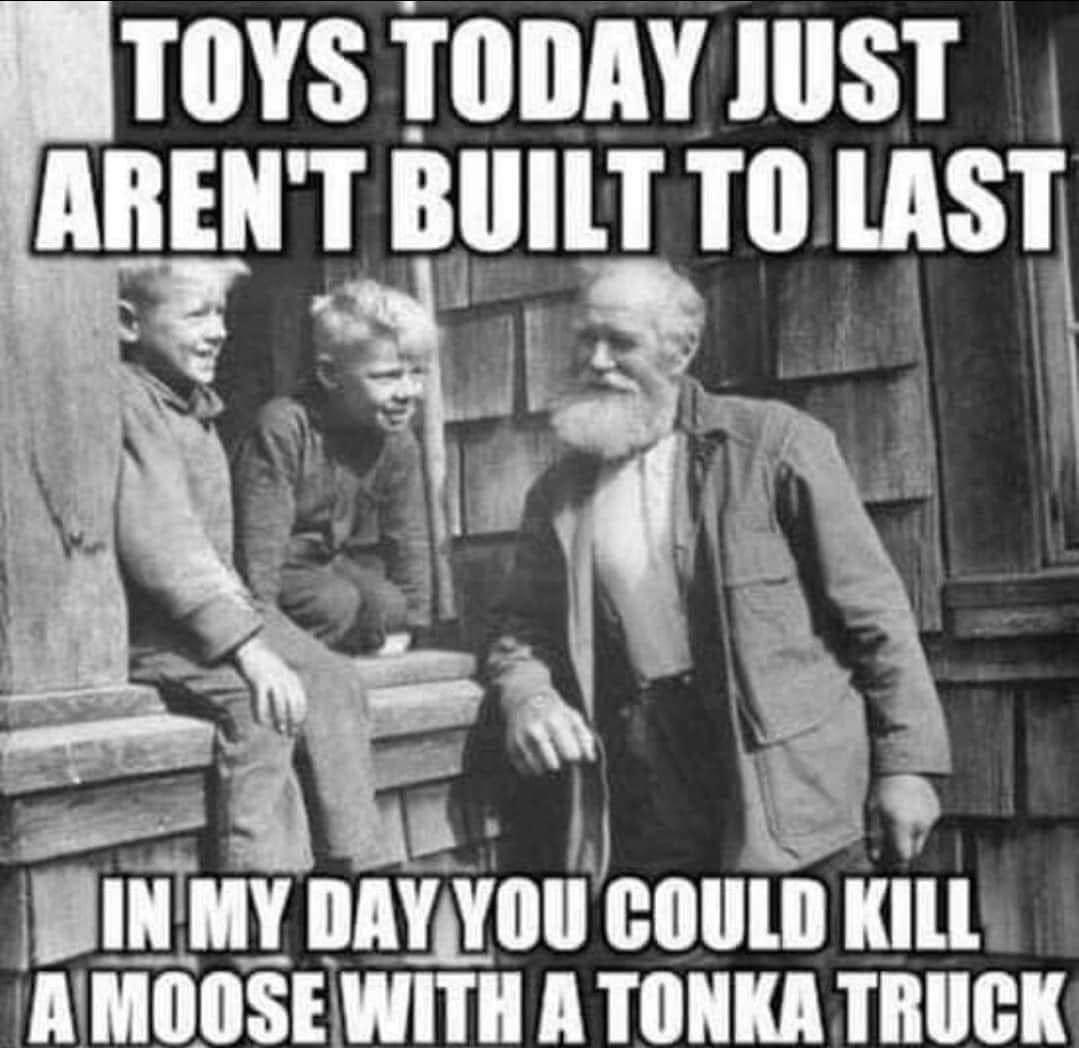 * I wish brands would stop trying to act like they “stand for something more than just a product.” Corn flakes, or women’s handbags, for example, are not a replacement for religion or philosophy, and their surface-level social justice advocacy never gives workers a fair wage. It’s emotional manipulation for the weak-minded/woke and it’s pervasive. Yes, they do think that we’re THAT stupid.

* Sri Lanka has been wracked with massive protests for weeks, during which there was little evidence of masking or social distancing, and the government has collapsed so thoroughly that people worried about food and fuel. So what does the government do? Implement mask mandates. Spreading fear of the plague doesn’t seem to be getting much traction there. The same thing is going on in Panama.

* China, Russia, and NASA each have their plans for the next space station when ISS is defunct. I can’t see NASA doing much unless they sub it all out to Musk.

* You deserve people in your life who think you are a big deal. No competition, no backhanded comments, no jealously, no comparison, no hate just simply “I love you and there is nobody like you and there will only ever be one of you” type energy.

* From friends in the British Metropolitan Police: These are the new rules about protesting or demonstrating in the UK.

If your protest is designed to support myths proposed by the conspirators (such as the global warming myth) and is likely to cause delays, disruption, and economic harm to a large number of people then the police will be instructed to protect and defend your right to protest. If you want to glue yourself to a road or an ambulance the police will be told to provide you with whatever help you need; they will probably squeeze out the glue for you if you ask them nicely. And if you want to drive along a motorway at 5 mph the police will probably give you an escort and join in fore and aft. Slow-moving convoys help use up nasty fossil fuels, keep the air rich in poisonous vapours, wreck the economy by interfering with productivity and push up prices.

If, however, your protest is a peaceful one, which does not inconvenience the public but which airs truths about the conspirators’ lies, covid frauds, vaccine dangers, and so on then the police will be present in large numbers, and organisers and demonstrators will be harassed, frightened and arrested. 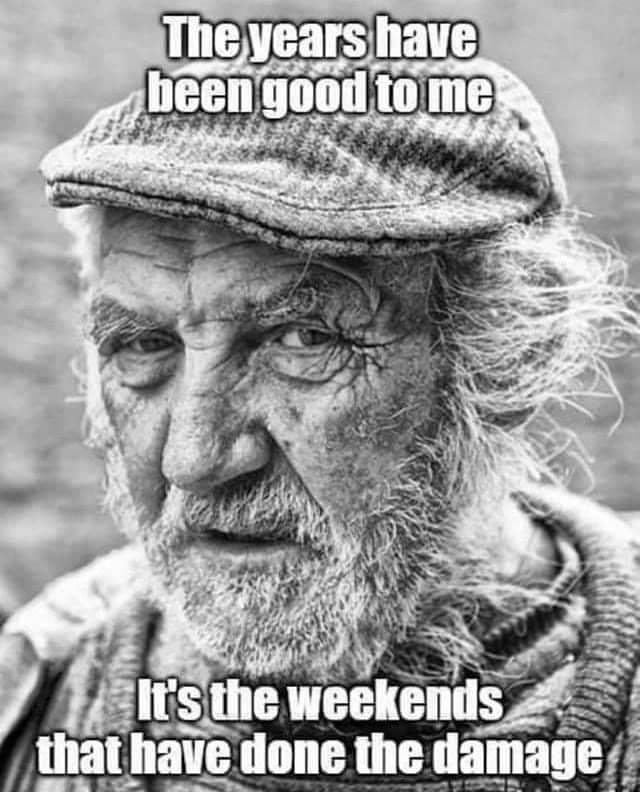 This is the local herd. There are a lot of calves and cow elk – upwards of 40. I was sitting at the table eating dinner and there they were. I stood up to take a photo and it put them on the move. 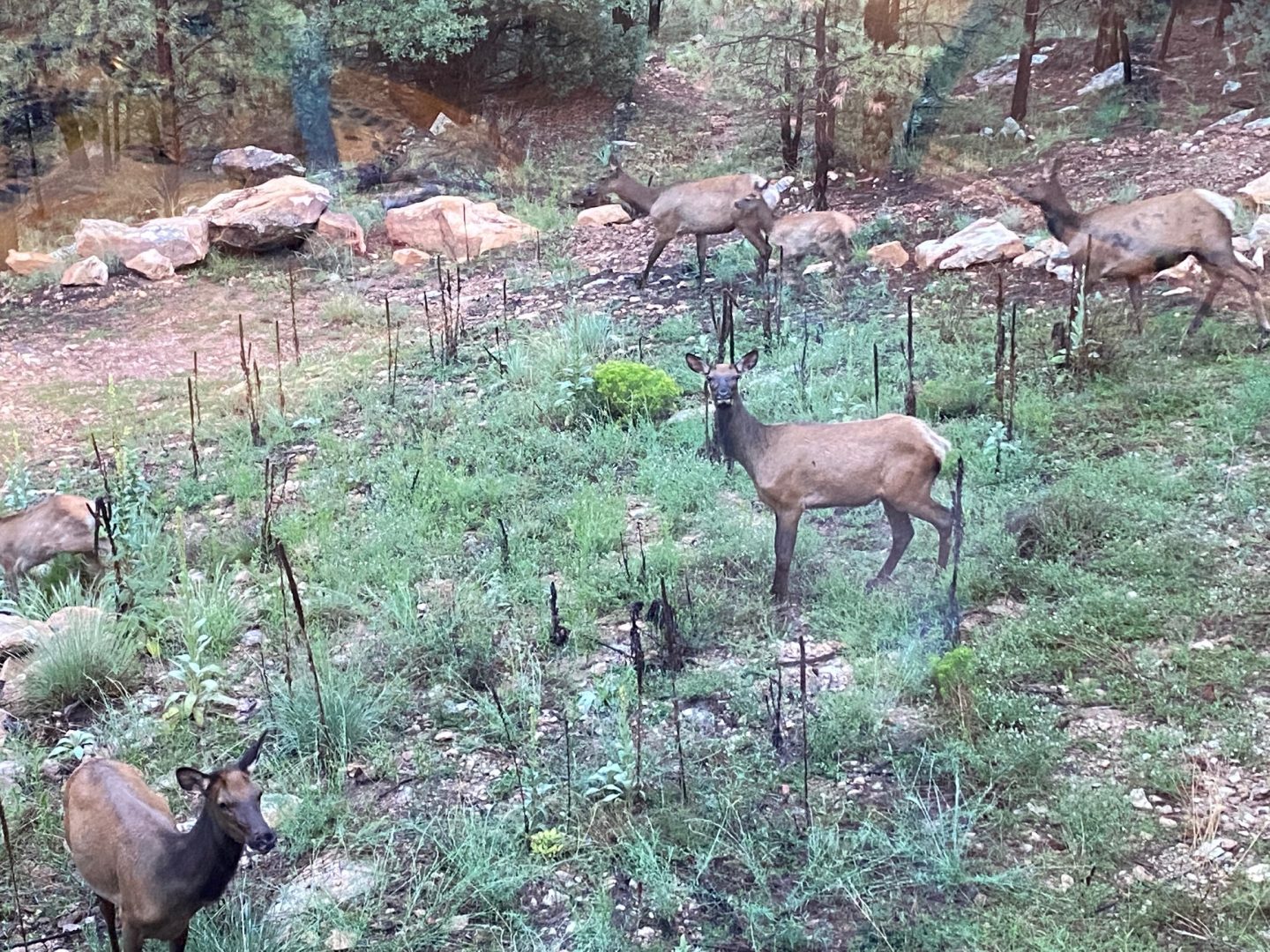 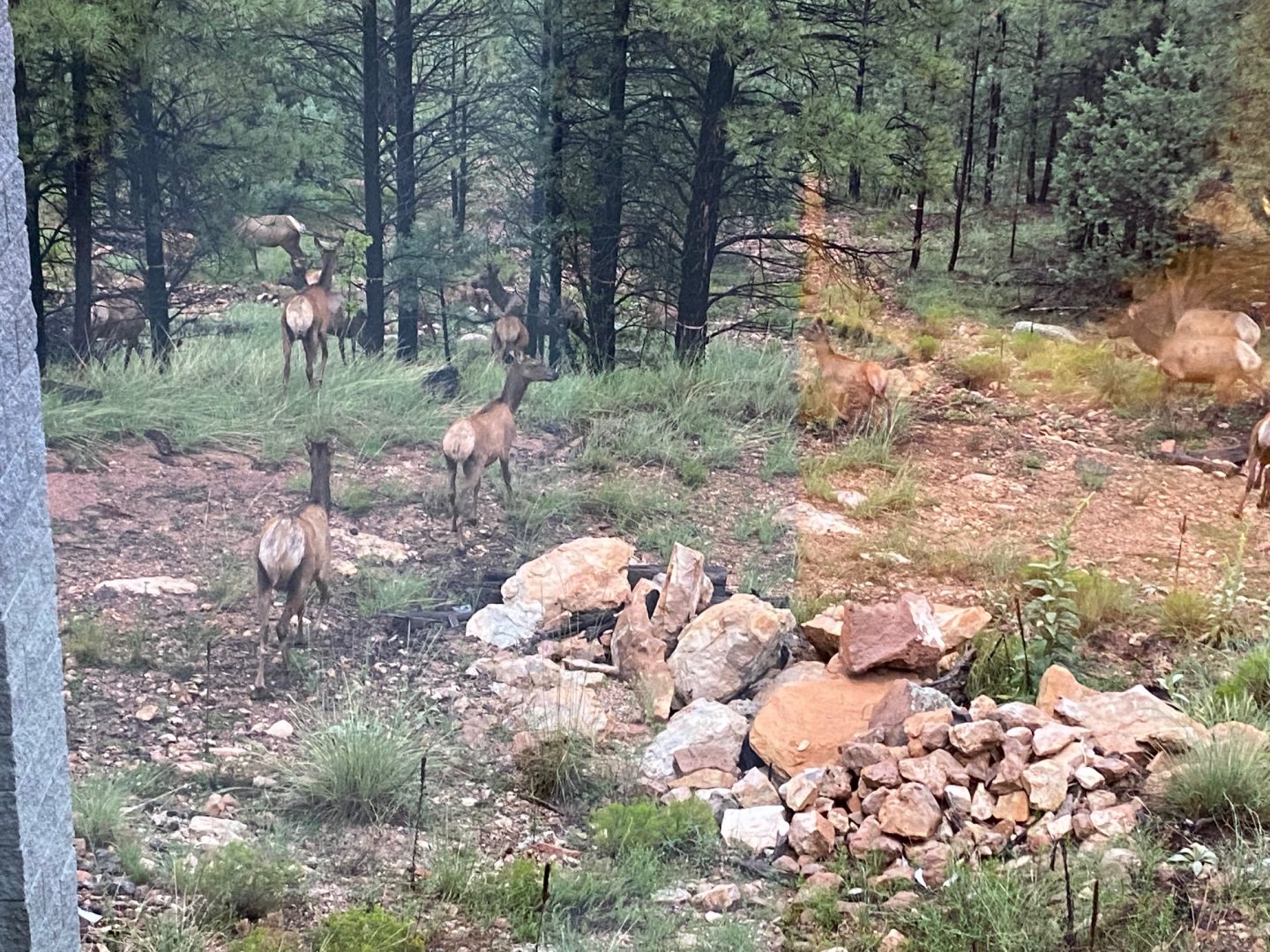 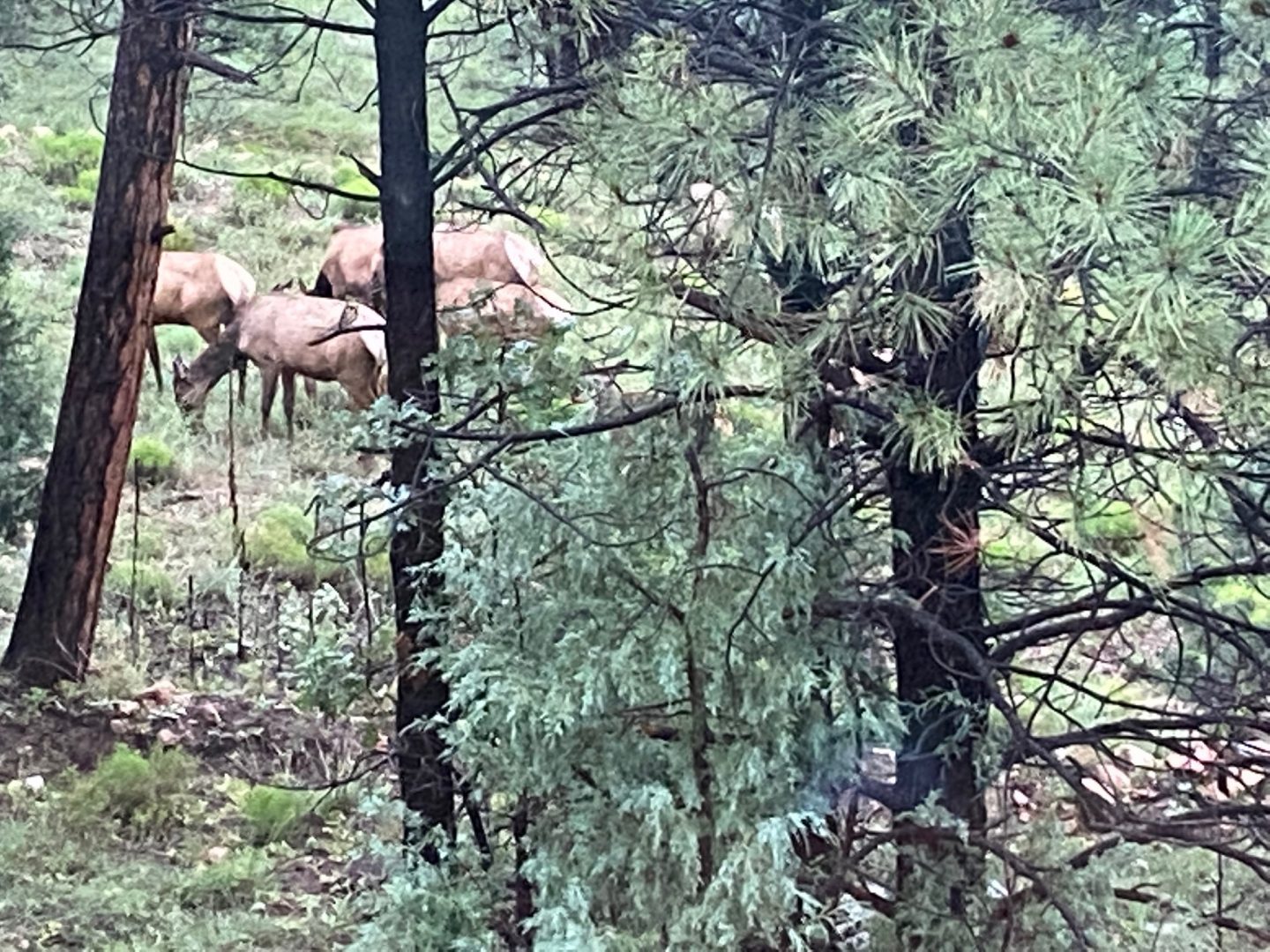 After a long period of observing them, you get to know particular herds and their territories. They’re creatures of habit just the same as we are. Once you have the habit down, harvesting a yearling bull within 25′ of the house is not a problem.

Personal Recollection – and a bit more 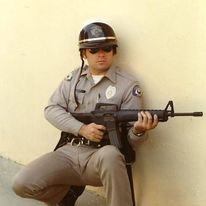 While a young man, I worked at the Anaheim, CA Police Department as a police officer. I’d been in the navy, I had come very close to getting killed several times, I graduated from the Naval Postgraduate school and I went reserve and pinned on a badge. People said I was nuts, but they say that all the time anyway when you don’t go with the flow. It was a top-notch department, best pay and equipment, and great guys to work with. In due course, I was assigned to work at a David Bowie concert at Anaheim Stadium. Oingo Boingo opened for Bowie on the Golden Years tour. The crowd was rowdy and I have some stories about that but after Bowie took the stage, everybody quieted down and enjoyed the experience. I was working an area next to the stage (in uniform) at that point and there was an empty chair so I sat down next to a guy in a torn-up t-shirt and Levis. It was Kris Kristopherson. We each smiled, I shook his hand and we listened to Bowie sing Golden Years. Then I stood up and went back to work. – true story. 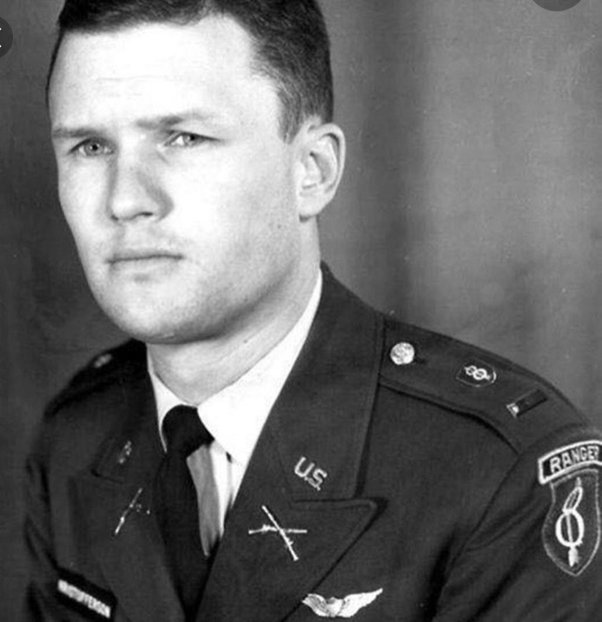 I’d always been a Kristopherson fan. I didn’t know this about him at the time. As a promising student in the 50’s he was awarded a Rhodes Scholarship in English Literature and attended Oxford.

Being an Army brat, his family pressured him to join so he did. He served most of his tour in Germany as a Ranger and helicopter pilot. You can see his ranger tab, flight wings, etc. Jump wings are out of the picture just below the flight wings.

He was offered a position at West Point teaching English, but declined and left the service. You know what happened then. He’s 86 now and he doesn’t sing publically, but I think that he’s very cool.