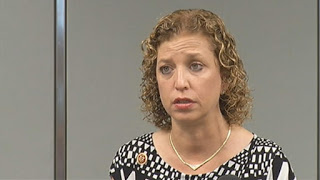 I’d like to ask which planet she’s been living on but it’s a situation where she asks America whether we believe her or our “lying eyes”.
I wonder how deeply she’s allowed to dip her beak into the Clinton Foundation’s treasury? I’m guessing that she’s allowed to leave the vault with suitcases full of currency.
Then again, it may be that the goblins who work at the Clintonian treasury have something on Debbie (which wouldn’t surprise me in the least) and she’s doing it gratis? 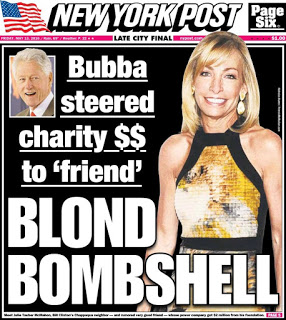 The Energizer
Julie Tauber McMahon is rumored to be the woman dubbed “Energizer” by the Secret Service detail at the Clinton home because of the energy that she brings to the former President on her frequent visits. “She keeps going – and going – and going”.
McMahon has denied that she’s having sexual relations with Hillary Clinton’s husband.
That being said onetime U.S. president gave his rumored girlfriend’s firm, Energy Pioneer Solutions, a $2 million grant through his non-profit foundation, the Clinton Global Initiative.  So when you give to the Clintons, you’re supporting the love.
She must do something special for $2M.

All of that notwithstanding, you really don’t want to be a close friend of the Clintons.