Send the Bums to California?

Hawaiian Democratic Party legislators are pushing to send the homeless packing back to the mainland. The “Return To Home” program will give any homeless person a one-way ticket back to the contiguous United States if they can show that someone will take them in.


When police officers used to put intoxicated homeless people in Anaheim, CA, on a one-way Greyhound bus to Phoenix or Las Vegas, liberals complained. But the homeless never did because the cops gave them a short dog or two for the ride.* (referred to cynically by the police as the monorail to hell)

*And the police in Phoenix and Las Vegas used to do the same thing — ship them to Disneyland, happiest place on Earth. Not a bad deal for the homeless who were kept in cheap wine by the cops. (for those of you who are too young to know what a “short dog” is, screw top wine has been replaced by box wine these days for the sake of environmental concerns)

Progressive liberals in Hawaii have had their fill of homeless haolis and want to put them on the bus to “anywhere but here”. They’re using the same tactic that the cops they complained about so bitterly did. (hypocritical liberals? perish the thought)

Lawmakers have funded the program with $100,000 each year for three years. It was created by Democrat state Rep. John Mizuno, the vice speaker of the House of reps. Homeless travelers had to have “sufficient personal hygiene” to board a common carrier (aircraft) and this provision rankled left-wing homeless advocates who claimed that this was a mean-spirited, negative stereotype.**

**Delousing is the least that Hawaiian liberals can do to protect the fat, belching, tourists on their way home from their time in the tropical paradise.

Homeless people (also referred to as bums) have been growing in number in Hawaii. Last year, they increased by about 6%. Because the homeless don’t form a voting block in the same way that multi-generational welfare recipients do, they are not considered to be high propensity Democratic Party voters. They are therefore useless.
The cynic in me feels that they’ll all end up in California, which already has 33% of all welfare recipients in the nation. Another 6,000 freeloaders wouldn’t even be noticed.
Hollywood Report (Where are they now?)

I liked Al Gore better when he had the beard that he grew post-presidential election. He wore the beard when he tried to rape that fifty-something hotel maid in Seattle. Remember her? She said that he was like a crazed poodle.
And scoff if you will, but that whole “Green, save the Earth Scam” worked well for Al, covered the cost of his divorce from Tipper and he managed to translate it into a sale to oil rich Saudis. The hippies felt betrayed, but Al laughed all the way to the bank.
So, where is he now? He’s living on his scam money,  the mere shadow cast by his ass now weighs 150 lbs. and he’s in ‘crazed poodle mode’.  And to think that he was just a few hanging chads from being the leader of the free world.

Al Gore is also admiring his Nobel Peace Prize. In 2007, he was awarded the prize for his work on climate change. I think that’s the year after Arch Bishop Desmond Tutu received the same award for sodomizing young boys.

On a more serious note: Darwin Award Finalists for 2013

The Darwin Awards are an honor, originating in Usenet newsgroup discussions circa 1985. They recognize individuals who have contributed to human evolution by self-selecting themselves for elimination from the gene pool via death or sterilization.

Edward Snowden will be living in a flat in Moscow, bored out of his mind, and waiting until the Russians have one of their own, languishing in a jail cell in the USA, that they want to swap for him.
He is a Russian bargaining chip so they granted him asylum and they managed to make the Americans look weak and impotent (not difficult when you consider who is in charge) in the process.
President Obama doesn’t apparently identify with Snowden. He never once said that Snowden reminded him of himself if he’d ever been able to land an actual job… I’m sure that Obama understands the meaning of the word, “traitor”.

Just a thought:
Could Hawaii (and California) send their homeless to Russia, suggesting that they are all traitors in need of asylum? 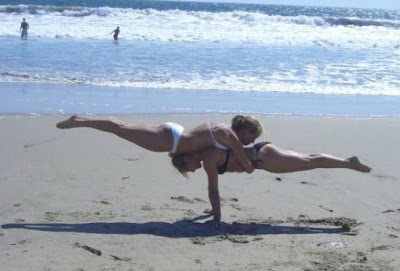 I suspect that he feels that these young ladies could offer interesting dinner conversation.