Glen Doherty’s Libya assignment was supposed to be his last for the CIA. He had been offered a more comfortable job in the private sector that would have allowed him to get out of the line of fire. He told his future employer that he had one last job to do. That job was in Libya. On Sept. 11, his last assignment was in Benghazi — Clinton lied, Obama lied and people died.
The only way that the Democratic Party can get Hillary (What does it matter?) Clinton elected as president is if they can convince people that the Benghazi Massacre didn’t happen – or if it did, “who cares”?
It’s a SNAP!

SNAP, the U.S. food stamp program, has become a conduit for redistributing wealth in the socialist/progressive program to fundamentally transform America. That’s not news. The interesting statistics that fall from this: At the end of January 2009, 32.2 million Americans received Supplemental Nutrition Assistance Program (SNAP) aid. As of April 2013, there were 47.5 million Americans on food stamps. Using the White House’s job growth number, the 15 million increase in recipients means more than two people went on food stamps for each job the administration says it has created. (Source: IBD)

The US Department of Agriculture estimates that 101 million people take part in at least one of the 15 food programs offered by the agency, at a cost of $114 billion in fiscal 2012. That compares with America’s 97.2 million full-time private-sector workers in 2012. The unemployment statistics in America only measure people who are receiving unemployment insurance and disregard the self-employed who lost work and those who fell off the unemployment payment rolls since they never did find work. Since February 2009, the first full month of Obama’s presidency, 9.5 million Americans have dropped out of the labor force. Nearly 90 million working-age Americans are not working today. Doing the math, 1.3 Americans have dropped out of the labor force for every job the administration claims to have created. (IBD ibid) The Obama Administration fails to report how many jobs created are part time (particularly do to the disastrous ObamaCare program).
And nobody in the mainstream media calls them on it. How convenient. 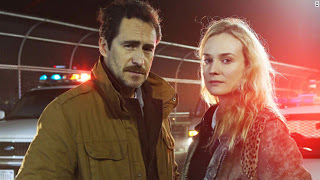 Yes, ordinarily this would not be news. And I realize that the New York Times, sion of the Mainstream Media, usually does not criticize their hero, but — they have changed their tune only slightly and only occasionally as with this piece. (NY Times) President Obama pledged not to take campaign money from lobbyists. He lets his bundlers, who supervise lobbyists but are not registered lobbyists themselves, take money on his behalf (PAY TO PLAY!). Remember that in this second term, Obama needs to rape, pillage and plunder because he gets to pocket all of the campaign money in his war chest when he leaves office. If you need a favor from Obama, you need to get a hold of a “bundler”, and pay them. They will take a “commission” since they’re friends of the President and then Obama will act on the bribe.
It just makes me so proud to be an American. This is how you’re supposed to share a picture of a weiner with your friends (see left). The concept would seem to be lost on residents of New York City (the Big Apple) as they continue to give their unflagging support to disgraced Congressman Anthony Weiner, who is running for mayor and is famous for showing pictures of his “weiner” to women that he meets on-line.
We know that Anthony is mighty proud of his penis, but he needs to stop running for public office and get a job as a Boy Scout Camp Counsellor. Under their new guidelines, he’d fit right in.
Burning Man 2013 The event begins on Monday, August 26. To some, Burning Man is an art show. To others, an opportunity to share sexually transmitted diseases. However the participants decide to enjoy it, the Burning Man will be launching — yet again.
Burning Man is a week-long annual event held in Nevada’s Black Rock Desert.  It takes its name from the ritual burning of a large wooden effigy. The event is described by many participants as an experiment in art and radical self expression. 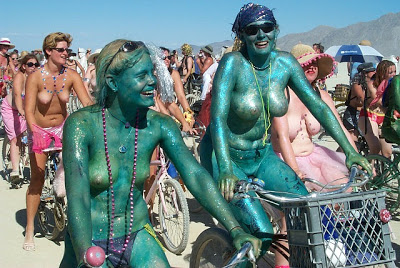