The Bitch of Benghazi 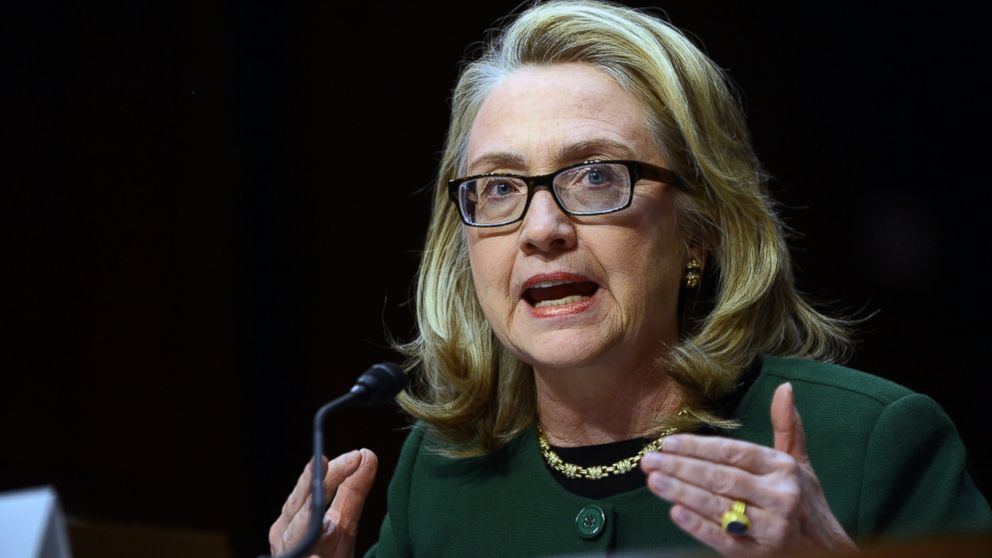 What difference would it have made?

The 2012 Benghazi attack was a coordinated attack against two United States government facilities in Benghazi, Libya, by members of the Islamic militant group Ansar al-Sharia, backed by members of al-Qaeda in the Arabian Peninsula (AQAP).

There are different versions of why this took place. One version was that some mope in California that nobody heard of made a video that criticized Islam. The Obama FBI quickly arrested him and threw him in jail.  Susan Rice, shadow ruler of the USA today in the Brandon regime, went on the news shows and blamed Nakoula Basseley Nakoula (one of many, many aliases), a Coptic Christian. It had been demonstrated convincingly that Rice knew she was lying when she said it.

Susan Rice repeatedly claimed had “sparked” not only the coordinated attack on the embassy in Benghazi, but also violence in places like Yemen and Pakistan, where only 10%-20% of the population has access to the internet. There had been fewer than a thousand views of the youtube video.

The Republican-led hearings on Benghazi were a largely worthless grilling of former Secretary of State Hillary Clinton, but they did yield one important piece of evidence: emails from Clinton to her daughter Chelsea to the Egyptian prime minister on the night of the attack saying, “We know that the attack in Libya had nothing to do with the film. It was a planned attack—not a protest.”

At around 4:00 a.m. on September 12, the group launched a mortar attack against a CIA annex approximately one mile (1.6 km) away, killing two CIA contractors Tyrone S. Woods and Glen Doherty and wounding ten others. Initial analysis by the CIA, repeated by top government officials, indicated that the attack spontaneously arose from a protest. Subsequent investigations showed that the attack was premeditated—although rioters and looters not originally part of the group may have joined in after the attacks began. 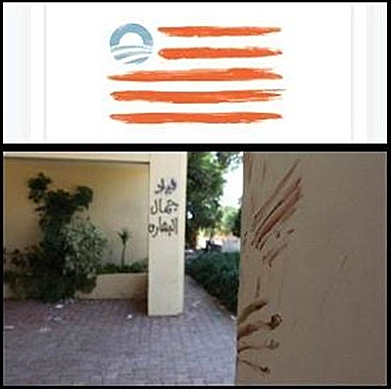 Around the same time as the attack, Obama unveiled his new flag,  which was named the “bloody handprint flag”. What happened to that flag? Maybe it will fly over the monument to the Obamanation when it’s finally constructed in Chicago?

While was loaded on drugs from his party with JayZ and Beyonce, the attack was underway he was incapable of responding – and who knows if he would have if he was sober. The response that didn’t come fell to JFB and The Bitch of Benghazi, whose feckless actions resulted in the heist. There is another story that was quickly spiked by the Obama White House,  which your editorial staff at Virtual Mirage will remind you of.

SECSTATE Clinton, eager to see the Libya situation and the Arab Spring resolved in her favor ordered the US Army (through channels) to release ten FIM-92 Stinger man-portable air-defense systems (MANPADS) from inventory to the “freedom fighters” battling Gadaffi, from their inventory. She had gone to CIA, which had its own FIM-92s, but they refused to hand them over to the Libyans. The Army caved.

When the shit hit the fan, Clinton brokered a deal to buy them back from the Libyans for gold. Ambassador Stephens went to Benghazi without a security detail on a secret mission to retrieve the missiles. Ansar al-Sharia decided that instead of giving up the missiles, they’d steal the gold. AQAP was in on the deal and planned a series of 9/11 memorial attacks across its territory. The timing of the attack was “inspired” as one AQAP operative said during the planning phase.

Because of the secret, face-saving deal, Clinton and the US Army intentionally stood down any assistance to the US Embassy (the heist was completed quickly and the thieves fled with the gold quickly) or the CIA Base, which then came under attack.

The Swamp rallied to protect its own and nobody was ever held to account. As is always the case. Conspiracy theories such as the one presented above were debunked and spiked. Those who had a working knowledge of the situation were discredited, paid off, or in one case, murdered incidentally, in a Virginia suburb (one more case of Arkancide – one of dozens over the years).