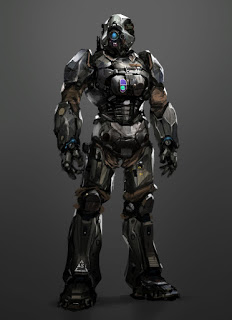 part one
part two
Olga Shearer handed Staff Sergeant Alan Frazier a sheaf of papers that required his signature. When he began examining the small print, Bryce Lawson said, “sign on the tabs and let’s get this show on the road. You’re separating from the US Army under honorable circumstances, you will receive a $100,000.00 separation bonus from the US Government for unspecified services, should you survive the next six hours, and you are being read-in to a special access program that even the Commander-in-Chief doesn’t know the specifics of, well above top secret. Technically he would have access if anyone told him about it, but the handful of people involved don’t tell him.”

“Walk back into the CHU and look at the rain on the window with your friends. You can lapse back at this point if you work at it, and you’ll never truly wake up. Or charges will be filed alleging violations, of the Uniform Code of Military Justice. The Security detail will take you into custody, you’ll have your day before a military tribunal, you will be convicted and you will spend the rest of your life in prison in solitary confinement. You can’t be left running around knowing what you now know, spreading panic.”

“What we are offering is an alternative career path for you, money, and a good life if you accept it. Or we’ll put you on ice as humanely as possible.”

Frazier likes the offer and is intrigued by the totality of what he has experienced, but just signing without reading goes against his instincts. That reluctance notwithstanding, he signs.

Lawson and Frazier put on heavy hard-shell armored suits with reflective surfaces, aided by the helpful Olga, who had to sign  much the same paperwork as Frazier did. Frazier thinks of them as Space suits designed for exceptional heat and he’s not far from wrong. Lawson has given him a crash course on lava, magma and the Earth’s crust. “When lava first erupts from these particular volcanic vents, the temperature is between 1,300 (F) and 1,600 (F). The vent lava has different thixotropic characteristics. In a nut shell, that means that it is even less viscous than the lava one would find in a volcano’s caldera. More like heavy soup in consistency than molten rock.” Even though Frazier’s suit doesn’t quite fit him, the seals are solid and it’s functionally good-to-go.

They will not touch the lava because it is not necessary to do that. They are on a different sort of mission, and it’s something that Frazier had never considered possible. The suits are designed to keep them alive and comfortable in the immediate presence of red mist.

“Their first weapon of choice is psychotropic, and it’s effective once. You saw work on your friends, but it won’t work on you again because you brain adapted, and the copper mesh layer of the suit helps defeat the weapon.” Lawson’s confidence calmed Frazier. “The second weapon in their bag of tricks is a type of magnetic force projection. That’s what hit your captain. It also throws rocks and lava out when it discharges, and that’s what tore up your armor plate.”

“Are  you saying that we were attacked by extra-terrestrials, Mr. Lawson?”

“No they’re not ET’s. As near as we can tell, which means as nearly as they can tell, they are originally from Earth. They live deep beneath the surface in the magma. A very few of their number are explorers and scientists who make their way to the surface through faults and fissures in the surface and the tunnels that they construct are filled with lava. It’s similar to us being in our atmosphere. Deep in the planet where pressures are formidable, they have a more substantial presence. They prefer to explore vents in the deep ocean where pressure is intense but as you’d expect, they don’t learn the same things. When they explore here, they look a bit like concentrated red mist held together by magnetic fields that are projected up the pipe or vent. How did you do in math and physics?”

“Solid C-. This body is built for sex and violence, not science, Mr. Lawson — Bryce.”

“You’ll learn. A magnetic field at any given point is specified by both a direction and a magnitude or strength. The term is used for two distinct but closely related fields denoted by the symbols B and H, where H is measured in units of amperes per meter. B is measured in teslas and newtons per meter per ampere. B is the Lorentz force that it exerts on moving electric charges.”

Lawson lifted an armored hand and shook his head. “Schools focus more on diversity than learning these days. Magnetic fields can be produced by moving electric charges and the intrinsic magnetic moments of  elementary particles associated with their spin. In Einstein’s Theory of Special Relativity, electric and magnetic fields are two interrelated aspects of a single object, called the electromagnetic tensor.  These beings need the electromagnetic field to keep their bodies, for want of a better word, intact and together in the low pressure environment that we live in normally. They can’t go far from the vent, which is their conduit to the power to keep things together. Under pressure they swim in liquid rock after–a fashion.”

“And you know this how?”

“We communicate with them — with some of them. We have no common language but we both use mathematics to find that joint playing field. It works well enough now and we get more kinks out of the process all the time. It’s important that we don’t misconstrue or misinterpret. They have factions just as we do. Their politics can be contentious.  We don’t chat with all of them, which is why this incident happened. They viewed you as a threat. The grenade that you lobbed must have destroyed a few of them. They’re very vulnerable on the surface. And they are waiting for us to communicate again despite the unfortunate encounter. I know this because the vent over there has not closed up.”

“But they scrambled our brains.”

“They learned to do that hundreds of thousands of years ago when they first came to the surface. It’s learned behavior. The magnetic force weapons are a recent development as they measure time.”

“Back to the whole communication thing?”

“They are most concerned with underground nuclear weapons testing. It’s why there are strict international rules about announcing those sorts of things. When a nation lights one off, if they’re not well clear, it can kill millions of them. The electromagnetic pulse that the nukes generate disintegrates them. For now, the best thing for you to do is to jump in the deep end of the pool. We’ll go to their cauldron and let them talk to us. I have to warn you that it’s weird.”

“Bryce, my weird-o-meter is pegged.”

“They may employ their psychotropic weapon if they don’t like what we say. They can be capricious.  This time it won’t be the shock that it was the first time, and you will be in hard armor insulated against it. It attacks the limbic system, the portion of the brain that controls basic human emotions and drives. It’s not the most primitive portion of the brain, but it’s been part of homo sapiens make-up from the beginning. I have no idea how they developed their capabilities, but these entities are advanced and they are clever.”

“Do you talk to them all the time, like this? I wanted to say face to face, but I don’t think they have faces.”

“Oh, no. That’s not what I do for the CIA. Not usually. I have the suits available just in case and I’m lucky that it fit you. I’m a problem solver. In this case, the red mist problem is our problem because we’re here and so are they. You and I have to go to the vent and find out what they want from us. They’re going outside normal channels of communications that we have established though hydrothermal vents in the ocean floor. That means that it’s important.”

“But you have spoken with them before? In person?”

“On three occasions before this one, and spoken is not the word one would use. You’re going to need to un-shield the helmet with this lever.” Bryce pulled on a toggle on the side of the helmet.” So that they can communicate. It’s like having a rat claw its way out from the middle of your brain. It’s unpleasant but it leaves a rare and precious gift behind. You’ll see. You’re going to fit right in at CIA.”

“The computer will translate what we say. I have disabled your ability to speak to them, but you will be able to hear both sides of the conversation.”

“And that rat clawing from the inside of my brain?”

“You don’t need to experience it, but it’s something not to be missed. It will change how you process information. You’ll go from using 10% of your brain to something over 23% of your brain in a few seconds.”