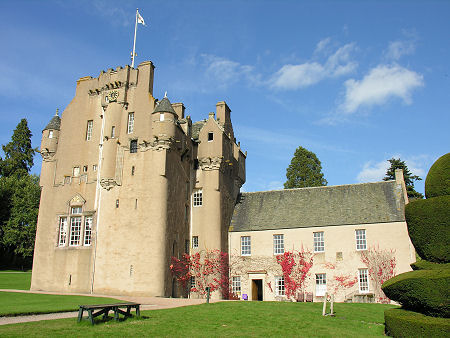 Many years ago, I lived at the groundskeeper’s cottage at Crathes Castle (off the Dee River, west of Aberdeen, Scotland). It was a lovely place, remote, discrete, and if I’d had my way, I might have never left the place. I was only there for a few short months, and was working, so I wasn’t always there while I resided there. 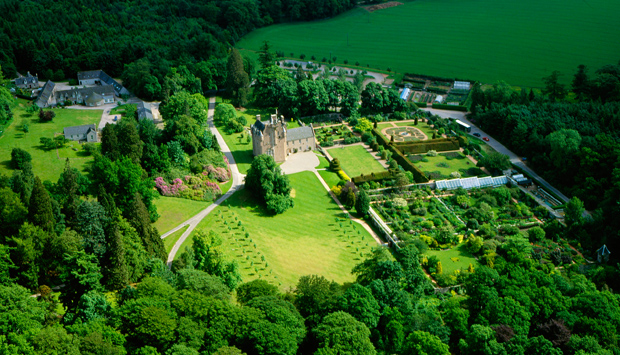 Living in Scotland gave me an appreciation for castles. Many of them were fortified mansions in an age when that was required. The Crathes Castle is, in its concept and design, very much like the Braemar Castle (captioned), famous for the summer games, and just farther down the Dee, toward the Queen’s summer residence at Balmoral.

There are a lot of tourists along the Royal Dee-side during the summer, but not many stop at Crathes Castle, and the cottage where I lived was tucked away, farther away from the strolls of (wretched and belching) tourists.

I walked the area around the castle and down by the Dee when I wasn’t working. Sometimes I’d go into Aberdeen, where I’d made friends with Americans working on off-shore oil drilling platforms. When they were off the rigs, they were fun companions. I was in my early twenties a US Naval Officer, close in age to many of them, single, and we all had cash in our pockets. The Aberdeen lassies (women) didn’t stand a chance.

As Kipling wrote (Mandalay), “But that’s all shove be’ind me – long ago an’ fur away.” When you’re an old man, these sorts of memories linger. I planned to travel to Scotland for the better part of last summer but there was a plague on with travel restrictions. Of course I’m not in my 20’s anymore but I still love the place.

…And there is the promise of another plague that will cull .002% of the people it infects coming in 2021. Wear your mask, scum.

Caisteal an Rubha Àlainn, (Castle on the Beautiful Headland). 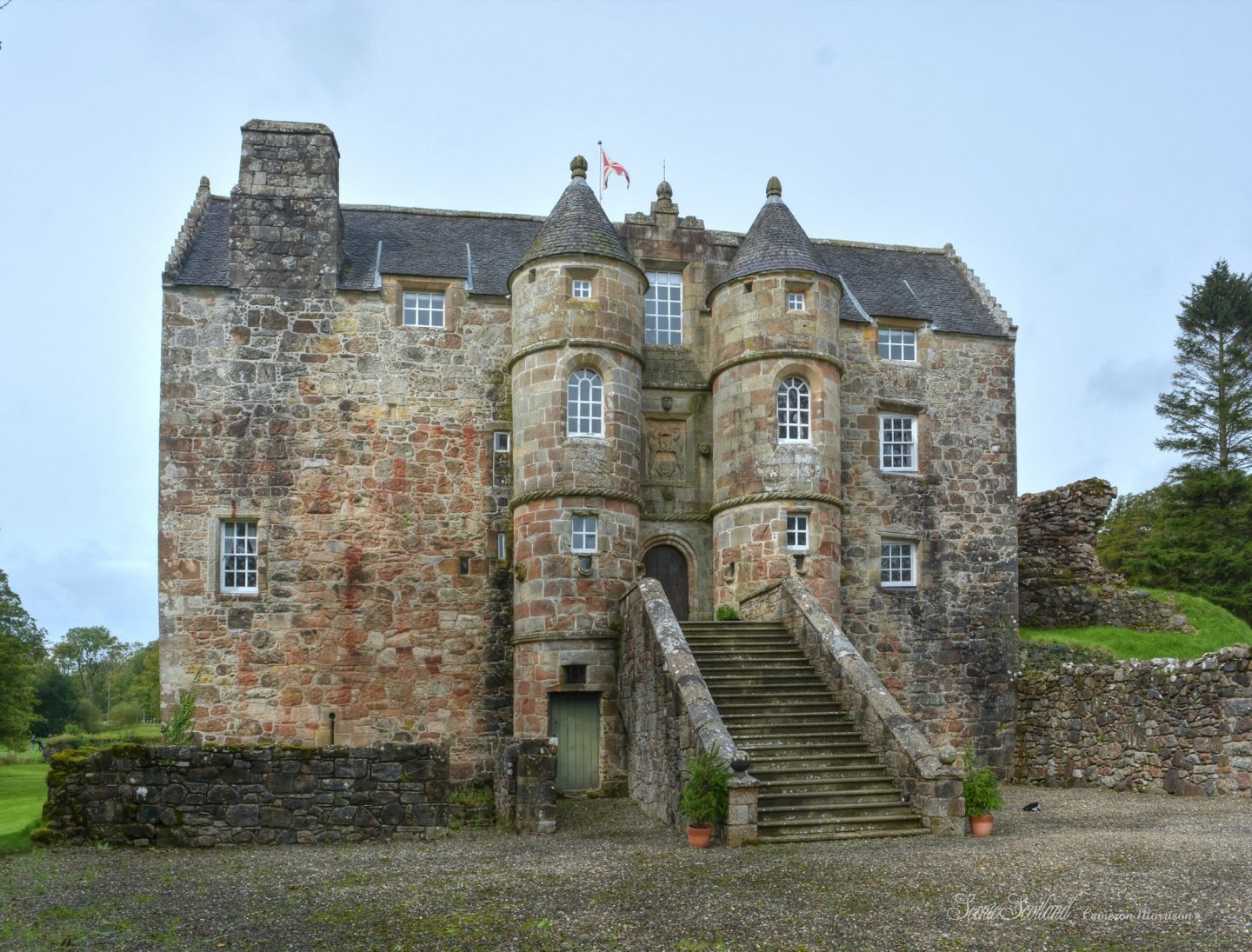 The present structure you see above, is a defensive mansion house dating from the late 16th to the early 17th centuries, but it forms one side of a courtyard that also incorporates the remains of a tower dating from circa 1263, it stands on a low precipice with the Carmel Water protecting it on three sides.

Elizabeth Mure first wife to Robert II of Scotland is thought to have been born at Rowallan. There is a legend claiming the earliest known piece of Lute music was written  at Rowallan.

Legend of the name Rowallan

There is a Legend connected to the name of the castle. That is of course if you don’t want to believe the Gaelic name An Rubha Àlainn.

It is said that one stormy night a local lad called Allan from the town of Stewarton had been given the task of ferrying a local Chieftain from Ayrshire in a row boat, when all of a sudden the weather took a turn for the worst the Chief began to fear that they might not make the crossing, he began to encourage Allan to row faster, “come on Row Allan” he shouted, and as an extra incentive he the Chief offered Allan a great reward if he could bring them both safely to shore, “Row Allan” he shouted and I will grant you the rich lands Carmelside with your own castle built there.

Allan did manage to get the Chieftain safely to the other side and earned his reward and just to remind himself of that daring adventure he named his castle Rowallan.

It may be a stretch, but that is the legend.