Everybody knows that liberal California leads the nation in unemployment, liberal freaky politicians such as Barbara Boxer and Nancy Pelosi and that fully 33% of all Americans who are on welfare live in California, which lavishes the most generous package in the nation on the chronic, hardcore unemployed. 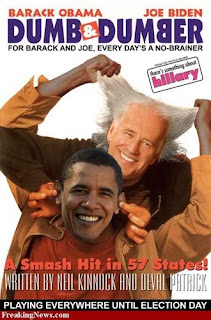 However, it seems that Illinois, land of Barack Hussein Obama, is locked in the same death spiral that gripped California. The website cited above explained the source of their woes: “Illinois spends $3 for every $2 it takes in and has been ignoring its unpaid bills for years.” This sounds just like the Plan that Barack Hussein Obama took to Washington for the entire country. Would anyone be shocked if I disclosed that Illinois has a Democratic Governor (Quinn) and two Democratic Senators (Durbin and Burris) and that  the state has been run by the DEMOCRATIC MACHINE for decades?