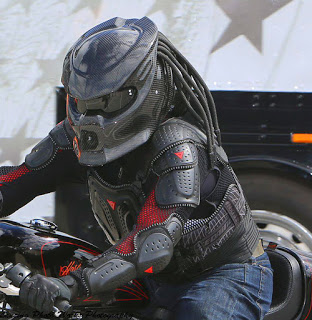 Facebook
Twitter
Pinterest
WhatsApp
I’m a fan of the Predator series. Fan films have been developed based on the whole predator movie concept.
This 27 minute short won awards, and you might enjoy it. I found it to be well-done.
The concept of a “demon” being a malevolent alien, hunting humans for sport, is something that you can do a great deal with if you’re in the film business. Crusaders v Predators
In this film, the Saracen carries a Nepalese kukri, which I find a bit disingenuous, and there are other matters of arms and and armor (the whole sword on the back thing is stupid and you see it on the movies all of the time. Wearing a jousting helmet that limits your field of vision to two tiny slits — in the dark, etc.) that I could take issue with, but all in all, a very good independent effort at film making.
Upcoming Predator Film