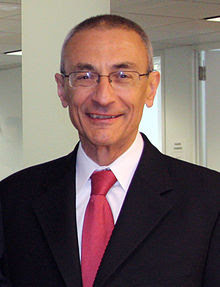 The WikiLeaks scandal has provided a rare glimpse into how your self-anointed betters view the world. They reveal how your rulers view you. It’s how the political sausage is made in the world of the Democrat Party (and frankly, the Republicans are no better). The historical value of this peek through the keyhole is priceless.
Podesta is one of those illuminated gnostics of the modern world who crafts policy and builds public opinion from the shadows. Shining a light on a cockroach makes it scuttle for the dark cracks and so it is with John Podesta.
In much the same way as a remora follows a shark, Podesta has attached himself to the Clintons, to Barack and others who allow him to whisper in their ears (think of Rasputin and you’re there) and feed from the table scraps that fall.
With Hillary Clinton shaking down every foreign government that she could while serving as Secretary of State, the table scraps were and are not inconsequential.
Before you look down your nose at Venezuela or Cuba, it might be good to take a long and painful look in the mirror, because the view is not that flattering. 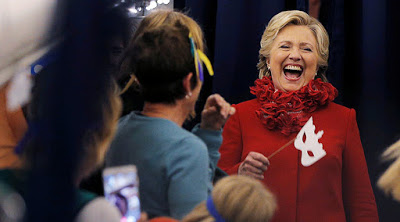 Follow the links to see the context of these quotes:
“And as I’ve mentioned, we’ve all been quite content to demean government, drop civics and in general conspire to produce an unaware and compliant citizenry.” (LINK)
Huma Weiner: “Just to give you some context, the condition upon which the Moroccans agreed to host the meeting was her participation. If hrc was not part if it, meeting was a non-starter. CGI also wasn’t pushing for a meeting in Morocco and it wasn’t their first choice. This was HRC’s idea, our office approached the Moroccans and they 100 percent believe they are doing this at her request. The King has personally committed approx $12 million both for the endowment and to support the meeting.” (LINK)
Rigging the polls by over-sampling Democrats: Hey, when can we meet? I also want to get your Atlas folks to recommend oversamples for our polling before we start in February. By market, regions, etc. I want to get this all compiled into one set of recommendations so we can maximize what we get out of our media polling. (LINK)
(LINK) This twelve page e-mail attachment (go to the e-mail and then see the attached document) goes in detail over how Bill Clinton monetized the Clinton Foundation. The basic context is that, at some point in 2011 there was a civil war inside the foundation, with Teneo/Doug Band on one side, and Chelsea Clinton on the other. In this attachment, Band tries to justify himself by going over how much money he has made for the Clintons. It also dispels and puts to rest the notion that the Clintons don’t make money from the Foundation. In fact, it demonstrates that the Clinton fortune and the Foundation are indistinguishable and essentially the same, and that donations to the Foundation come with kickbacks for all involved.
Doug Band (who was to Bill what Huma Weiner is to Hillary) described his work as running “Bill Clinton Inc.” Essentially, the memo describes Teneo as the revenue-generating arm of Clinton, Inc. – for Clinton speeches, foundation money, etc. It also details quite a bit of offshore money that came in.
The second attachment is more discussion on the infamous Doug Band memo about Teneo, which revealed corruption and inurement by the Clintons. They were using “charity” to personally enrich themselves to the tune of tens of millions of dollars. Doug is worried that if the “story gets out” Teneo, the company involved in the scheme will have to be shut down completely and that they “would be screwed.”