First, an update on the situation in Hong Kong from the South China Morning Post.

This is not a paper that I’m trying to get published in Foreign Relations or some other journal. It’s just a blog, just one man’s opinion.

I’ve received some back-channel e-mail asking for a read on the People’s Liberation Army (PLA). First off, the numbers are impressive: 2,035,000 active duty personnel** (includes that Army’s Navy, the Army’s Navy’s Air Force and the Army’s Air Force and Coast Guard. Their army is not a conscript force, but it is still essentially a peasant army, poorly trained and educated by modern standards, with a few exceptions.

The PLA is an extension and arm of the Chinese Communist Party (CCP), which means that one primary role of the PLA is to keep a lid on China. Candid conversations with CCP cadre over the years has yielded one constant. If it wasn’t for the PLA, Shanghai, Guangzhou and other portions of the worker’s paradise would balkanize and leave Beijing’s umbrella.  The US has no similar situation. There is no army that provides glue to force US States into submission of rule from Washington DC. President Trump doesn’t secretly visit US military bases to determine the loyalty of American forces – to prevent mutinies.

**This means that the PLA is NEVER able to commit anywhere near half strength to a military mission because its core and primary commitment is to its political mission.  When you factor that into PLA’s absolute numbers, things are brought into balance. The USA has 1.3 million active duty military personnel, just about the same as the PLA has available for a military mission. More on that later. When you add the numbers of US allies’ military strength (yes, I know, some are of dubious value) and consider that the CCP has no allies, the numbers tip even more interestingly against China.

The 1989 Tiananmen Square protests and the PLA’s lack of capacity to brutalize citizens to the extent that the Politburo called for it to shocked the CCP to its core. After that, barracks were constructed throughout Chinese cities for the Army. If you walk around Beijing today, you’ll find a LOT of barracks in residential neighborhoods. There is a reason for this. They occupy a presence in the minds of the Chinese people. 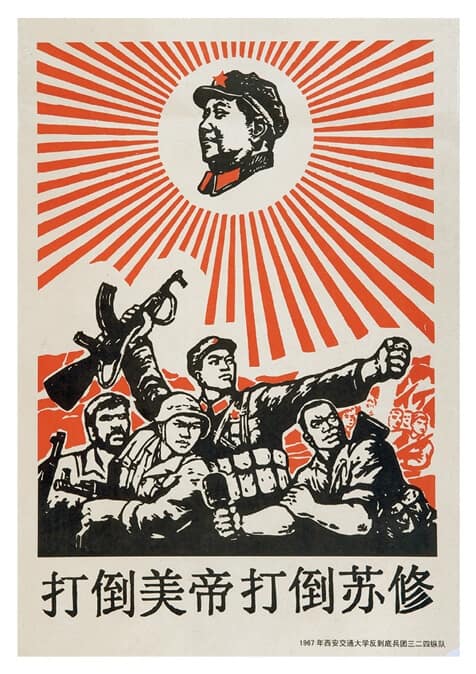 The PLA hasn’t ever fought anyone (outside of Tibet) since Korea, and their experience there was nothing to write home about. Yes, an army of ants has its own dynamics, but they suffered horrible losses. There are volumes of theory that the PLA deals with, but anyone who has served in combat understands the relative value of theory on the battlefield, at the point of kinetic engagement. There is also a limited value to an army run by political officers (zampolits). That is all that the PLA has.

The CCP would argue that the “gender confusion” and political correctness within the US military has caused a degradation of capacity as a species of US political cadre has been formed (de facto). That was very much the gift of Obamanation that the donkeys are committed to. When your commander-in-chief is a feckless metrosexual (freak) who bows, scrapes and apologizes for his country, that is very much the impression that is left. I leave it to you, dear readers, to decide how true that is today

Hillary Clinton (failed presidential candidate) pined for the day when the current generation of American deplorables died off. She had high hopes for the values instilled in Americas youth by the present education system would carry the nation forward into a great globalized future.

I’m really not getting into the weeds here. We’re talking about the PLA and what it can and can not do. What it has and has not done.

The future of the PLA is also tied to Chinese trade and to the national capacity of China to deliver on promises to its citizens (prosperity). The more trouble that China has internally, the more that the PLA’s commitment will focus there rather than on military adventures in Taiwan, the Philippines, and other WESTPAC nations (both large and small islands).