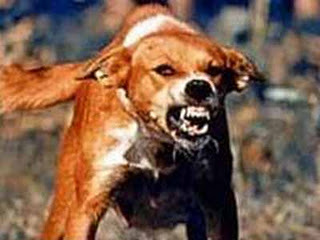 Facebook
Twitter
Pinterest
WhatsApp
There are things that I can be tolerant about – believe it or not. I don’t care if two consenting adults bugger themselves silly. I have absolutely no tolerance for situations where the state encourages this type of conduct when it comes to children.

(Fox News) The list of things 15-year-olds are not legally allowed to do in Oregon is long: Drive, smoke, donate blood, get a tattoo — even go to a tanning bed.
But, under a first-in-the-nation policy quietly enacted in January that many parents are only now finding out about, 15-year-olds are now allowed to get a sex-change operation. Many residents are stunned to learn they can do it without parental notification — and the state will even pay for it through its Medicaid program, the Oregon Health Plan.

In a statement, Oregon Health Authority spokeswoman Susan Wickstrom explained it this way: “Age of medical consent varies by state. Oregon law — which applies to both Medicaid and non-Medicaid Oregonians — states that the age of medical consent is 15.”
While 15 is the medical age of consent in the state, the decision to cover sex-change operations specifically was made by the Health Evidence Review Commission (HERC).
Members are appointed by the governor and paid by the state of Oregon. With no public debate, HERC changed its policy to include cross-sex hormone therapy, puberty-suppressing drugs and gender-reassignment surgery as covered treatments for people with gender dysphoria, formally known as gender identity disorder.

The nation is caught up in a celebration of sodomy. I understand that. The President of the United States painted the White House with rainbow light in affirmation of that celebration. The Supreme Court seems to think that there is a Constitutional right involved with this.
There needs to be a line drawn, and government funded transgender operations on children who are fifteen years old – without so much as parental consent, crosses that line. I’m sure that the people of Oregon are so proud of this – it’s so progressive. I don’t live in Oregon but I do believe that states have the right to make decisions regarding their own people. However when it comes to children and the perversion of transgender surgery, how can anyone condone this?

People responsible for enacting this law have the hearts of beasts, not humans. They need to be held accountable and treated the way one would deal with a rabid dog.