The Need for a Roof Claudio brought up Prigozhin and Wagner group in an e-mail and cited this Radio Free Europe piece. Will Putin’s Chef prosper, and continue to gain influence, and what is the end game? I’ll let you read the article for context and precedence purposes, and I’ll take the bait and offer an opinion that is likely just as accurate as anyone else’s at this point.

The article mentions a krysha or “roof” in Russia and in most countries with strong organized crime baked into the infrastructure (such as Mexico) if you are to survive,  you’ll have one. Almost every business in Russia, from curbside vendors to huge oil and gas companies, makes payments to significant organized crime group(s) for protection they provide a “krysha”, a roof.

When I was working in Mexico for USGOV, I had significant top cover (a US term that means, “a roof”) from within MEXGOV. My coverage came from the top at SEMAR and Centro de Investigación y Seguridad Nacional (Center for Investigation and National Security), commonly known as CISEN, which was established in 1989 and lasted until 2018. In 2018 it was folded into the newly formed Centro Nacional de Inteligencia or CNI. My top cover was better than that which USGOV could supply. It was based on relationships that don’t matter for the purpose of this discussion. Suffice it to say, a roof is necessary no matter who you are or where you are. When the sun is hot, you need la Sombra (the shade).

And we’re back to Yevgeny Prigozhin who became rich by understanding the game and manipulating it to his advantage.  It’s currently illegal under Russian law to criticize, or discredit, the armed forces, or to own or operate a private military company. But Prigozhin criticizes inept Russian generals and owns the Wagner Group. With a strong enough roof, you can make your own rules and that’s what he does. This means that Putin and some of the more significant players in the world of Russian organized crime back his play. My guess is that he’s safe for now and maybe he’ll succeed Vladimir Putin as Russia’s strong man. If he’s smart, he’ll protect Putin in retirement.

There is nothing sinister in the concept of a roof. It’s based on relationships (in China it could be guanxi) Prigozhin is obviously a master of this situation. The Culture of Leadership

The culture of the United States Armed Forces in general was very distinct from our enemies in the Second World War. Many of the senior leaders, notably Nimitz and Eisenhower, came from very modest backgrounds. They had a very practical more than a martial mindset, something that counterintuitively gave them an edge in the chaos of wartime. They also were, by training, engineers and planners.

While the popular imagination leads us to valorize figures like MacArthur, Halsey, and Patton, America’s success was more due to the very grounded, technologically adept, and adaptive brilliance of men who might not have been all that dashing or colorful yet were, when it came to practical matters of warfare, unequaled in history. 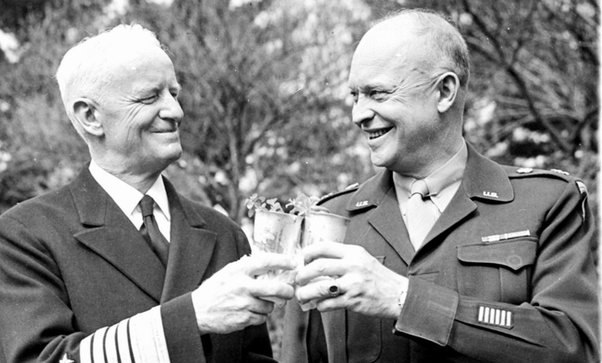 Nimitz was by my personal estimation the most successful Allied leader of the war, who only shortly after the debacle of Pearl Harbor was able to seize the initiative in the Pacific despite the commitment of the United States to focus on Europe. An excellent engineer who came up through the submarine service rather than the battleship fleet, he had an unequaled talent for understanding the nuts and bolts of shipbuilding and maintenance. He was also an expert and pioneer in the field of underway replenishment. As a member of the Silent Service, he was technologically innovative and didn’t see all his battleships out of action as an impediment to going on the offensive. Like Grant versus Lee, he probably wasn’t as glamorous or martially impressive as his Japanese counterparts like Yamamoto with their samurai ethos or Lee with his genteel elegance but his ships were maintained, his crews trained in damage control and there was always fresh coffee at the ready. If you wanted someone who could fight their way halfway across the world it was him.

One of his most significant achievements was advocating and getting 150 of these beasts deployed to the front. 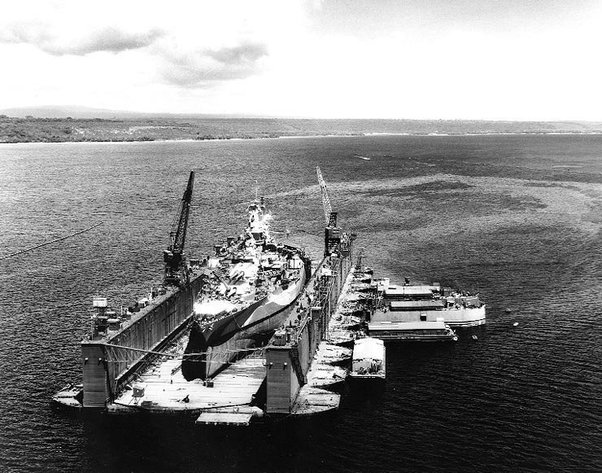 Not the battleship. Rather the thing HOLDING the battleship. Nimitz prioritized the forward deployment of skilled shipbuilders and the tools and materials needed to keep a fleet going even with the worst damage to the ships. Essentially, Nimitz, had entire shipyards moving forward with the fleet.

That expertise extended to the ships themselves, with the best damage control teams led by officers and chiefs unequaled in the world. They also pioneered such things as filling voids where dangerous aviation fuel fumes would be displaced by inert carbon dioxide and lines drained immediately after use. This attention to detail made the lightly armored carriers that were full of fuel and ammunition far more survivable than their Japanese counterparts. It was people doing the mundane and, in the enemy’s ships, undervalued things, that made the Americans so dominant so early.

This extended to civilian yard workers as well, who got nearly every ship off the bottom of Pearl Harbor.

No better example of this is the USS Yorktown, a ship the Japanese thought they sunk multiple times, including twice at Midway. The skilled labor and leadership of sailors and civilians alike were exceptional. 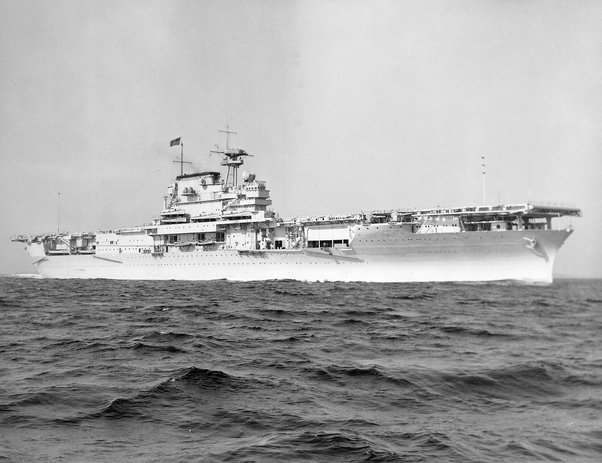 When one looks at history the apparently modest contributions of ordinary people get the short shrift in favor of what appears bold and heroic but brilliant leaders like Nimitz knew victory was the result of those unsung ordinary sailors who could keep a ship afloat when the sailors of other navies would see it as a lost cause.

* This recession does not correspond neatly to the economic models. Largely because it is self-induced. Construction and technology are laying people off. The ripples are spreading. How it’s going to play out is still a mystery. It still feels to me like late 2006 (where you could see it coming).

* It’s ok to live an ammocentric and ammosexual life, even if the woke don’t understand it.

* Billionaires are weird, what are they saving up for, Hell?

*  I think that my auto mechanic is ripping me off. Does anyone else think that $500.00 for a new exhaust for my Tessla is too much? * There is nothing quite as racist or transphobic as Plymouth Rock. It marked (another) arrival of straight white people in North America to enslave the natives. Once again it taunts the world by holding back the rising oceans in Massachusetts from global warming as the ice caps melt (and we all prepare to die/drown in 4 years).

* “Everybody has a plan until they get punched in the face.” -Mike Tyson… Iron Mike also said, “Some people need a high five in the face with a chair.” Have an interesting weekend and don’t forget the sermonette here on VM tomorrow! Life only offers us two things – just two – time, and the decision of how we will spend it.