On the (other) Border 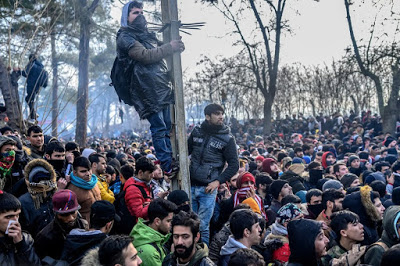 Facebook
Twitter
Pinterest
WhatsApp
In the photo, below, Turks are trying to pull down the locked gate at the Greek Border. They’re trying to stand back far enough not to get tear gassed.
It’s part of that ongoing struggle between the Turks and their neighbors. In this case, the Greeks. Greece doesn’t want to be overrun with a million or more destitute, military age, Muslim males. They already have a problem with Albanians in Greece. Adding Turks (natural enemies of Greece) is just not in the cards.

Left wingers call the decision to close the border with Turkey “racist”. Of course. Everything is, isn’t it?
However, Mohammedans have not been the most gracious of immigrants. They always have a lot of demands for free stuff. 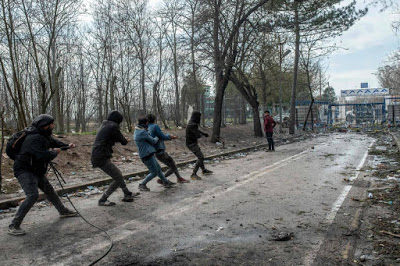 The US has seen it with Mohammedans who have been elected to Congressional seats from ghetto enclaves of Muslim immigrants. They (as a group) have few redeeming qualities.
When I first worked in The Hellenic Republic, twenty years ago or so, I was staying in downtown Athens. There was a rally outside of my hotel where 5,000 or so angry Albanians were protesting their treatment by the Greek Government. They wanted to make Greece into “Little Albania” and the Greeks didn’t see it that way. Do you see a pattern emerging. It’s a familiar one. All of the Albanians carried Albanian flags, not Greek flags. They didn’t want to be part of Greece. They wanted to bring Albania to Greece.
The same thing is happening today with Turkey, only with much larger numbers of people.
Last week, the USS Ross (DDG 71) saved a civilian Turkish vessel on fire in the Sea of Marmara. At first, they thought that it was crewed more migrants, but it turned out that they were drug smugglers. Of course. The boat was on fire, people were rescued, and turned over to the Turkish Coast Guard. Most of the narcotics that arrive in Greece, originate in Turkey, smuggled in by members of the religion of peace. 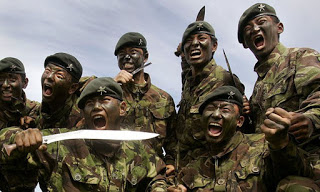 Meetings in Greece continue this week with my small company over implementation of some of our recommendations, which would include integrating at least a battalion of Nepalese Ghurkas into the Greek border protection force.