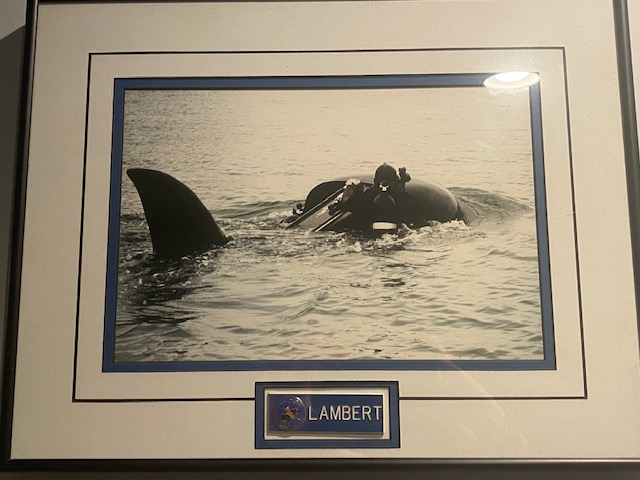 From the glory wall in my office at the WWM.

The SEAL Delivery Vehicle is a manned submersible and a type of swimmer delivery vehicle (water inside, not dry) used to deliver United States Navy SEALs and their equipment for special operations missions. The SDV, which has been in continuous service since 1983, is used primarily for covert or clandestine missions to denied access areas. It is generally deployed from the Dry Deck Shelter (DDS) on a specially-modified attack or ballistic missile submarines. Teams of SEALs are specially trained to operate the submersible on dives that can last up to 12–14 hours utilizing multiple UBAs (underwater breathing apparatus) scuba, closed circuit, and mixed gas.

In the event of a conflict with China, for example, SDV Teams could transport SEAL operators close to enemy harbors or to other strategic targets, such as the Anti-Access/Area Denial (A2/AD) that can prevent U.S. Navy aircraft carriers from getting within range. SDVs are able to unilaterally attack enemy warships in a harbor by placing limpet mines, or other explosive devices on ships or detonating other devices that would block the entrance and stop or stall traffic. Finally, SDVs are able to operate close to enemy shores, emplace sensors, and reconnoiter before sending vital intelligence back to headquarters to inform commanders.

New Platforms – I don’t think that the new MK-11 SEAL Delivery Vehicle is much of a secret.  It’s the new shallow water mini-sub that is slated to replace the US Navy’s MK-8 SDV.  Clearly, the operational details of the sub will be classified. As with the MK-8, everyone in the submarine is “wet” and breathing either O2 from a Drager-style unit or compressed gas.

As this blog’s readership may be aware, I served as an officer at SDVT-One some thirty years ago (time flies), so I am generally interested. in the development of both the newer wet SDVs and a dry SDV that will be coming online in the future. The Advanced SDV (ASDV) program was canceled some years ago and the new dry sub is different than that one. 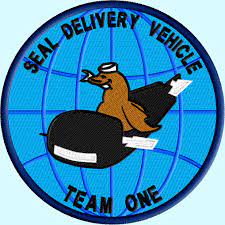 The Incident –  A new MK-11 SDV, collided with a fixed object on October 24 while underwater.  Nobody was injured. Naval Safety Command listed the SDV collision as a “Class A” mishap, which connotes damages of more than $2.5 million.

Having been in the business, I’d bet you a really good hamburger that I could come close to telling you what happened since I’m an old armchair shallow-water submariner. I’m not going to do that, but the operating environment that the SDVs can operate in – harbors and so forth – is full of obstacles. Nobody asked for my input on the new SDVs but from the design, much of the old MK-8 engineering was retained. Teledyne-Brown stretched a MK-8, adding a new propulsion plant and a new sensor suite, but some of the flaws may remain.

JSOC (parent command for NAVSPECWARCOM) is content to throw money at these SDV projects because they do have value. If it was Big Navy money, they’d be far more parsimonious. SEAL programs pre-JSOC and post-JSOC – essentially placed under the control of the US Army were like night and day. The Army didn’t mind spending money and the big deck admirals (black shoe) and airedales (brown shoe) held a certain disdain for the camouflage navy.

You know that somebody had his ass on a plate for breaking the submarine because it’s the Navy. I can only hope that they learn instead of just persecuting people and that Teledyne Brown changes the design to better fit operational realities.