In recent years, the US Navy has been pursuing multiple types of new mines, including two air-dropped versions of the Quickstrike family of mines that offer game-changing capabilities such as the ability to be dropped from any altitude and be launched from up to 40 miles away. With their precision guidance, highly intricate minefields can be laid, even up rivers, from standoff ranges.

The Navy is also developing another air-dropped mine called Hammerhead to replace the Mk 60 Encapsulated Torpedo which is intended to lie in wait for months at a time after being deployed. The Clandestine Delivered Mine (CDM), a shadowy system believed to be in the prototype phase and intended for deployment aboard large unmanned underwater vehicles (UUVs), reportedly finished testing last year.

Well Disciplined – but Ready for War? 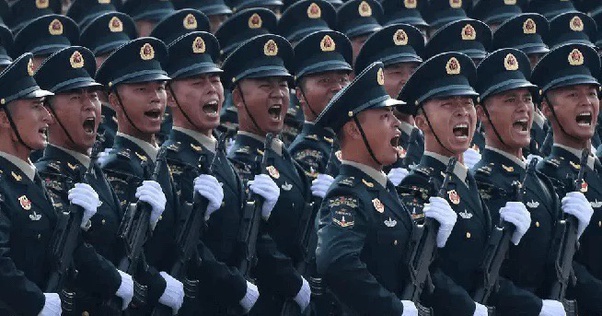 Modern militaries are largely untested in battle, possessing the training but lacking frontline, logistical, and field experience. It is important to remember, as everyone becomes a nationalist when talking about the armed forces.

The US has been continually at war for the past 21 years. You can say what you want about the wisdom of doing that, but the NCOs are blooded and they know what works and what does not. The Brits have sent their soldiers to fight in America’s wars for that very reason. You only know what you can after you’ve done it. 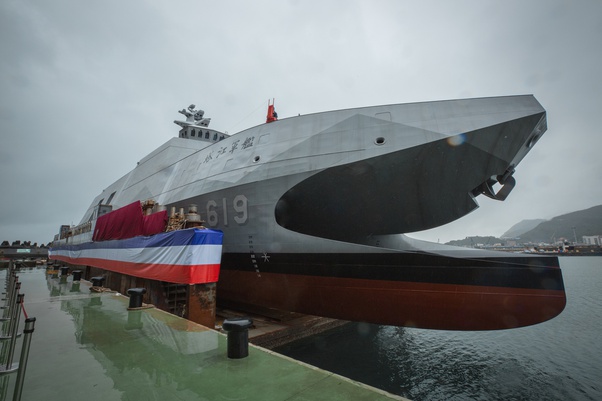 I started out making this a mystery ship. Yes, there are Chinese characters on the hull, but would you have guessed, “Tuo Chiang Class Corvette”?  Maybe you would have. It’s a weird-looking beast that Taiwan (ROC) has come up with. It’s designed to operate in rough seas around Taiwan and remain a stable firing platform.

In December 2020 the first of the improved Tuo Chiang-class corvettes, PGG-619 Ta Chiang, was launched in Yilan. 6 more improved models are to be delivered by 2023.

In 2021 Ta Chiang completed the testing and evaluation of the TC-2N missile. This class of ship is designed to counter the threat posed by the PRC surface fleet.

Blast to the Past – IJN Carriers in WW2

In the years leading up to World War II, the aircraft carrier was an unproven concept; hence, there was a lot of experimentation with each ship or pair of ships built. The Japanese were unique among the nations that built aircraft carriers in that they did not always put the island on the starboard side of the ship.

For their first two fleet carriers (IJN Akagi and IJN Kaga), the Japanese didn’t have an island, and they even experimented with having the boilers vented out the side of the ship, rather than from above the highest deck. Furthermore, the bridge was below the flight deck. Here is the Akagi in 1934: 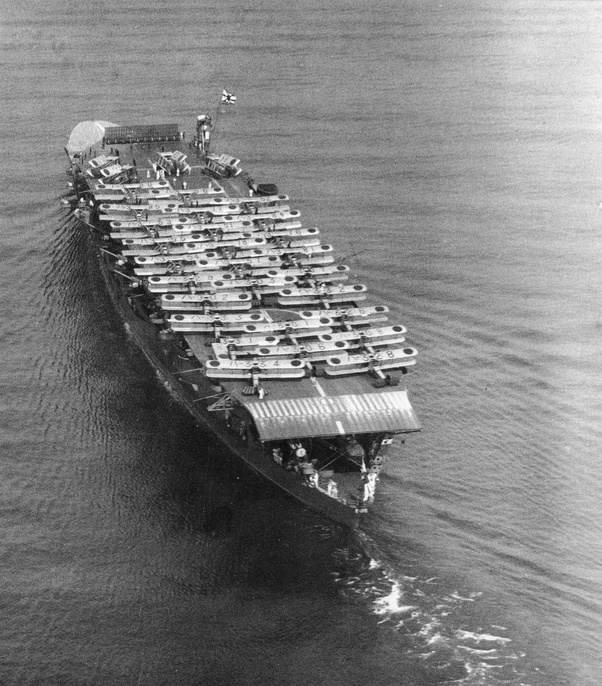 Note the absence of any island on the deck.

When developing their concept of an aircraft carrier, the Imperial Japanese Navy settled on a battle doctrine that called for their aircraft carriers to operate in pairs. Since they were operating in pairs, it was decided that the bridges of the two vessels should face each other to facilitate signaling between the two ships. Consequently, when Akagi and Kaga were built, one carrier had its bridge on the starboard side (Kaga) and the other had its bridge on the port side (Akagi). After completion, it was discovered that any signaling between the ships would be largely obscured by the smoke from the boilers, making the idea unworkable with the bridge below the flight deck: 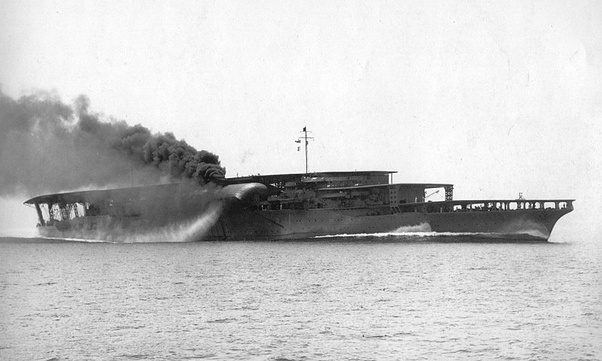 This is Akagi during its sea trials in 1927. You can clearly see how the smoke from the boilers might be a problem.

In the late 1930s, the Japanese added a “proto-island” to Akagi and Kaga inasmuch as the island was much smaller than the islands on other nation’s aircraft carriers. This is largely due to the ship’s stacks remaining below the flight deck. Here is Akagi in April 1942, from before the bow—note the small island on the port side that was added. 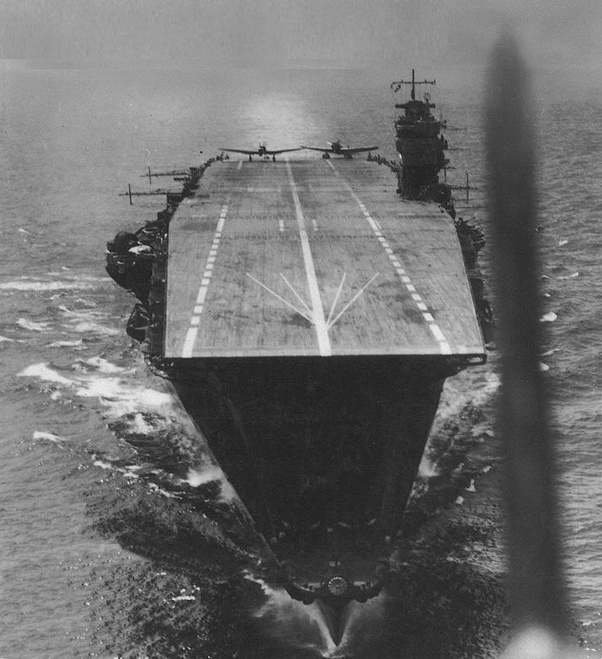 The next pair of fleet carriers built were the IJN Soryu and the IJN Hiryu. Again, the two ships were built as mirror images with the ships’ respective islands on opposites sides. Here is the Hiryu with her island on her port side: 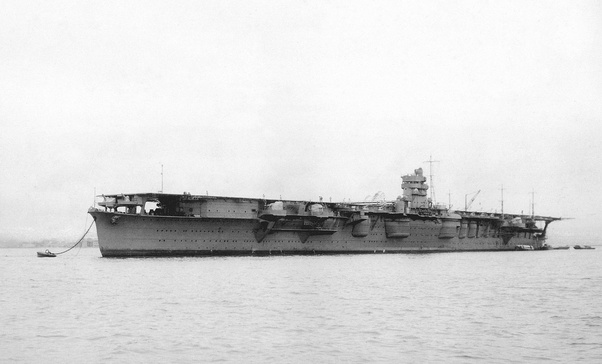 And here is a picture of her sister ship, the Soryu, with her island on the starboard side taken just before she sortied for the Pearl Harbor attack: 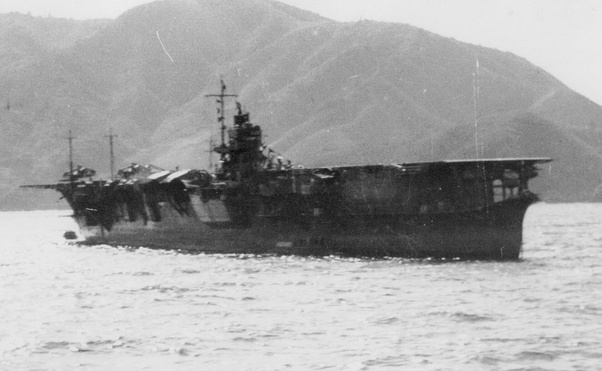 The Japanese aircraft carriers were excellent offensive weapons, but they shipped a lot of combustibles and lacked damage control capabilities, as they found out at Midway. 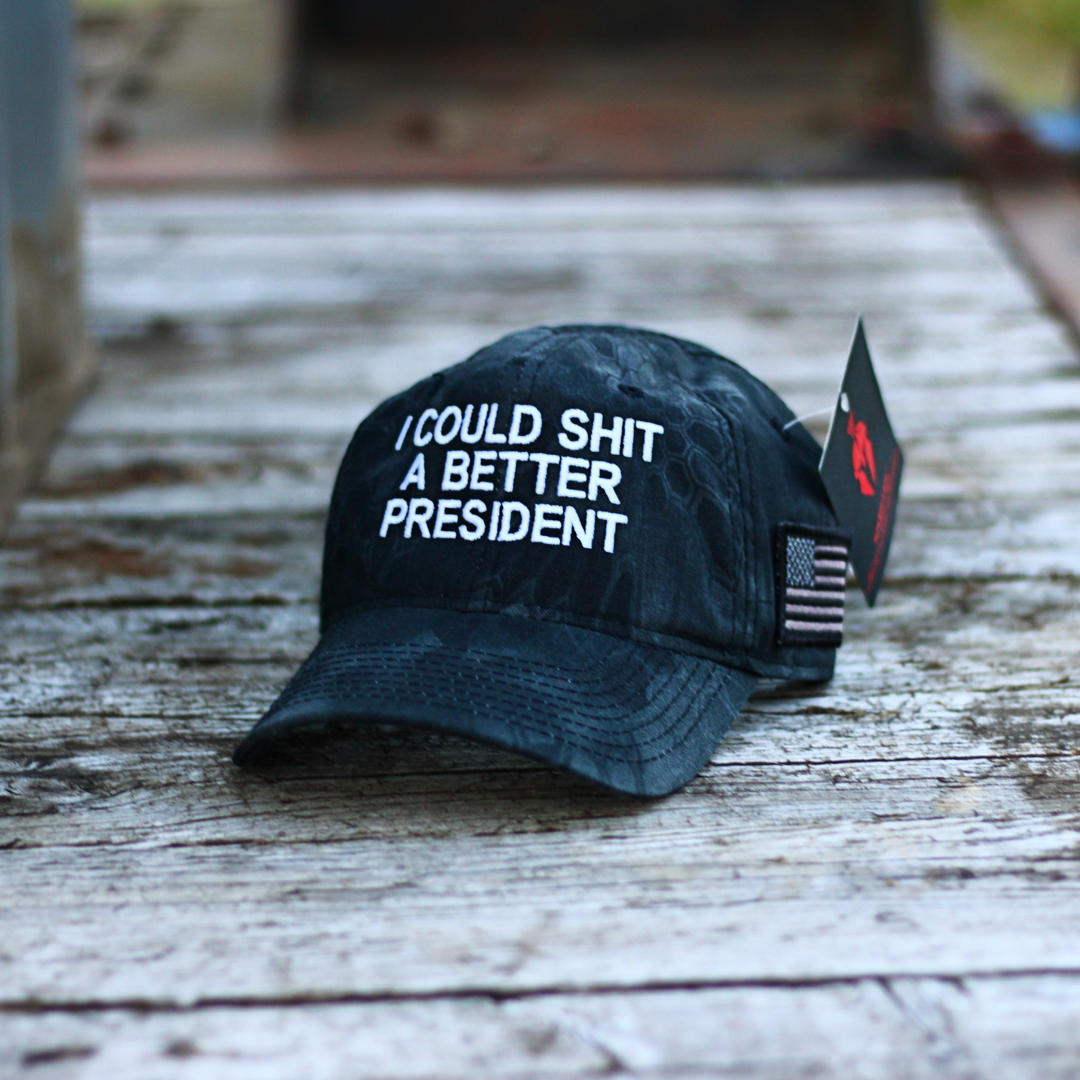 Yes, sadly, you could.