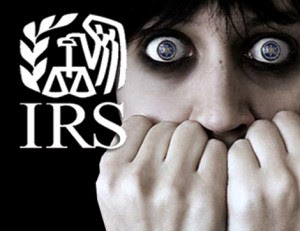 Facebook
Twitter
Pinterest
WhatsApp
Former Chief of Staff David Axelrod is proud that the Obama Administration has been scandal free:
You wouldn’t want to buy a car, a house or swampland from Mr. Axelrod, a proud member of Chicago’s political machine who followed Barack Obama to Washington DC. I’m not saying that Mr. Axelrod is not an accomplished liar. That’s self-evident.
Moving on.

32,000 emails have recovered in IRS targeting probe. You’ll recall sworn testimony again and again that all of Lois Learner’s e-mails were destroyed. The “dog ate the homework defense” appears to be cracking. Amid many serious scandals that are laid at the feet of President Obama, this one looks most like the old Watergate case.

To throw a little salt on the wound:

Records obtained through the Freedom of Information Act show that former IRS official Lois Lerner received $129,300 in bonuses between 2010 and 2013,

Over a three-year period, Lerner, the head of the tax-exempt division at the heart of the IRS targeting scandal, received a 25 percent retention bonus—averaging $43,000 a year—on top of her regular salary.

The Obama Administration really wanted to keep her around. You’ll recall that President Obama boldly declared that, “there isn’t even a smidgen of scandal” in the IRS targeting investigation undertaken by Congress. That’s right up there with “if you like your doctor, you can keep your doctor –period!”

The IRS has an image that’s nearly impossible to tarnish, so to many, the IRS targeting scandal doesn’t rise to the level of one such as BATFE’s program of “walking” firearms across the US Border with Mexico to drug cartels — that ended up killing hundreds in Mexico and two US Agents — that we know of.