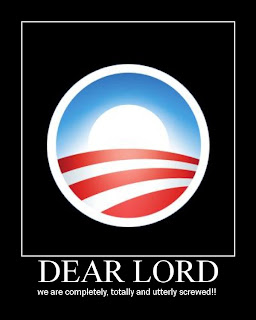 I do. I’m living in one of the most heavily impacted areas of the recession, Riverside County, California — the unemployment rate is near 14%, not counting small business people, consultants, independent contractors and all those other categories of people who are not counted in the stats. Best case nationwide it’s 10% unemployment.

The “stimulus bill”, a thinly disguised pork barrel hand out program designed to pay back the political hacks and parasites that helped propel Barack Hussein Obama into office, passed a year ago today. The total cost of the Bill was over $800 billion. 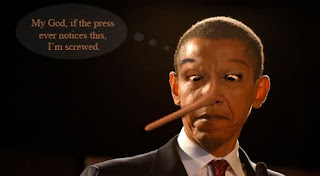 Maybe it depends who you ask. But most Americans don’t work in multi-billion dollar companies. They work in small businesses, they all pay their taxes and they provided goods and services as they were able to manage it.

Everybody wants something for nothing. Barack Hussein Obama has made a high art of reading/lying from his teleprompter to desperate people who want to believe what he’s peddling. I can’t help but feel for them. However when they voted Obama, they backed a looser.