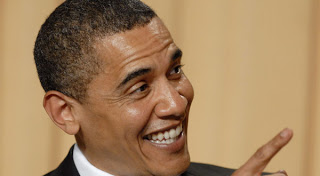 Facebook
Twitter
Pinterest
WhatsApp
Skewed and outright faked poll results have been stock in trade with political hijinks for at least thirty years but this year, IN AMERICA, they’re downright shameless.
In the July 1, 2012 election for President of Mexico, the PRI [Party] (Partido Revolucionario Institucional) spent over three million US Dollars per week to show their candidate, Enrique Peña Nieto with a double-diget lead over the field, consisting of the PAN (Conservative National Action Party) and  PRD (Communist Party). Even though the PRI candidate, who ultimately won, was in the lead, the money was paid to create a herd instinct to vote for him – and that was worth US$3,000,000 per week. Some of the money went to the Miroslav Advertising Agency and some of it went directly to media leaders. So it must be a big advantage?
Nobody knows how much the Democratic Party is paying the mainstream media to further the lie that is the polls that they’re putting out, but it has to be many times what the Mexican PRI paid to skew their polling results. The polling game continues. The MSM keeps putting out polls showing Obama ahead nationally and in the key battleground states. Yet, as soon as you scratch the surface on these polls, it becomes obvious right away that they are skewed to result in pro-Obama outcomes. Let’s take a look at the latest and then I’ll tell you why they’re doing this. (Andrew Price)

Price continues, the emphasis added is mine: CBS/NYT shows Obama with a 3% national lead. They no longer provide their underlying data because they’ve been caught too many times now using laughably biased samples. But get this. . . Romney wins 90% of Republicans. Obama wins 92% of Democrats. So to get a 3% win for Obama, Obama must carry independents, right? No. Romney wins independents by +11%. Think about that. If they used a fair sample, then Romney and Obama should get about the same percentage of voters from their own parties. That means Romney should be winning by 11%, but he’s not. He’s losing by 3%. That tells us the sample was probably around +14% for the Democrats!! There’s also no enthusiasm gap for Obama among Democrats, which is inconsistent with all prior polling.

Clearly, these polls are fakes, just as so many others have been in recent months. It’s becoming a worn out story how the polls are skewing sample sizes well into the double digits, well beyond the peak of Democratic turnout in 2008, to show Obama with a tiny lead. Why are they doing this?

The answer is simple: the herd instinct.

As I’ve said many times before, humans are by instinct herd animals. Marketing people understand this, which is why so many advertisements tell you that if you want to belong, you better do what everybody else is doing and buy their product. These appeals work on the human instinct to follow the herd and do what everyone else does.

The Democratic Party is playing the same game with Obama’s Twitter account (The Blaze) “The New York Times reports analysis supposedly revealing “fake” or “inactive” Twitter accounts comes from the tool Fake Follower Check, which was created by the firm StatusPeople. The Times states that if accurate, the tool shows 70 percent of Obama’s Twitter followers are fake.” Don’t expect the mainstream media to do much about it or discuss it on prime time. It won’t be a headline in the NYT. I’m actually shocked that they did the analysis.
Out of President Barack Obama’s nearly 19 million followers, as many as 13 million could be fake. Why would Obama’s handlers fake thirteen million Twitter accounts? They want to show that a failed President is popular. To do so they need to LIE and to build momentum in the herd – with you, the American voters.

As Andrew Price explains (Op Cit), “The left is worried that if it becomes obvious that the public, i.e. the herd, is running with Romney, the rest of the herd will follow. That will create unstoppable momentum. By putting out these fake poll numbers, the MSM hopes to stop the public from realizing the direction of the herd so that Obama has a chance to win people back before the election.”