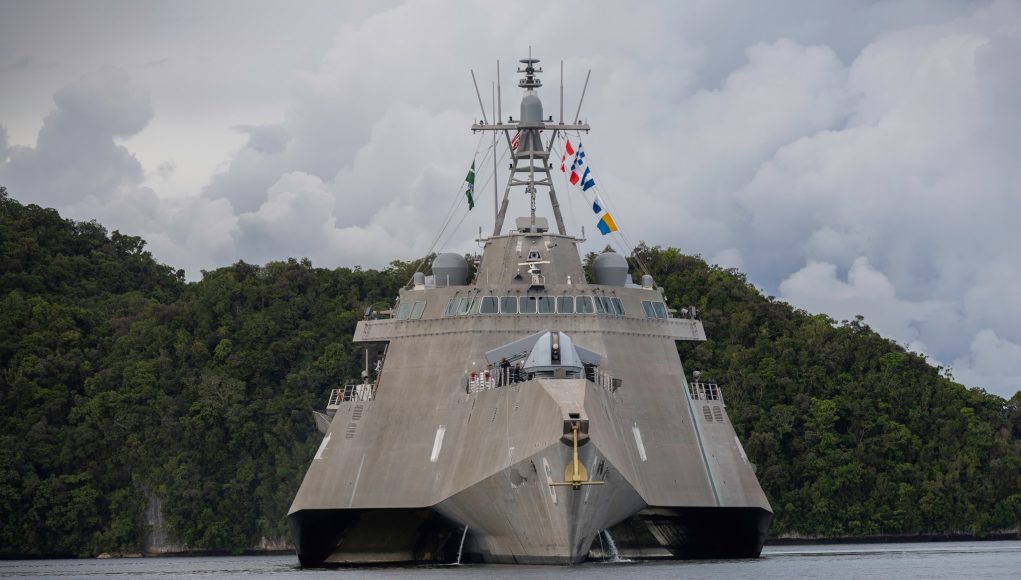 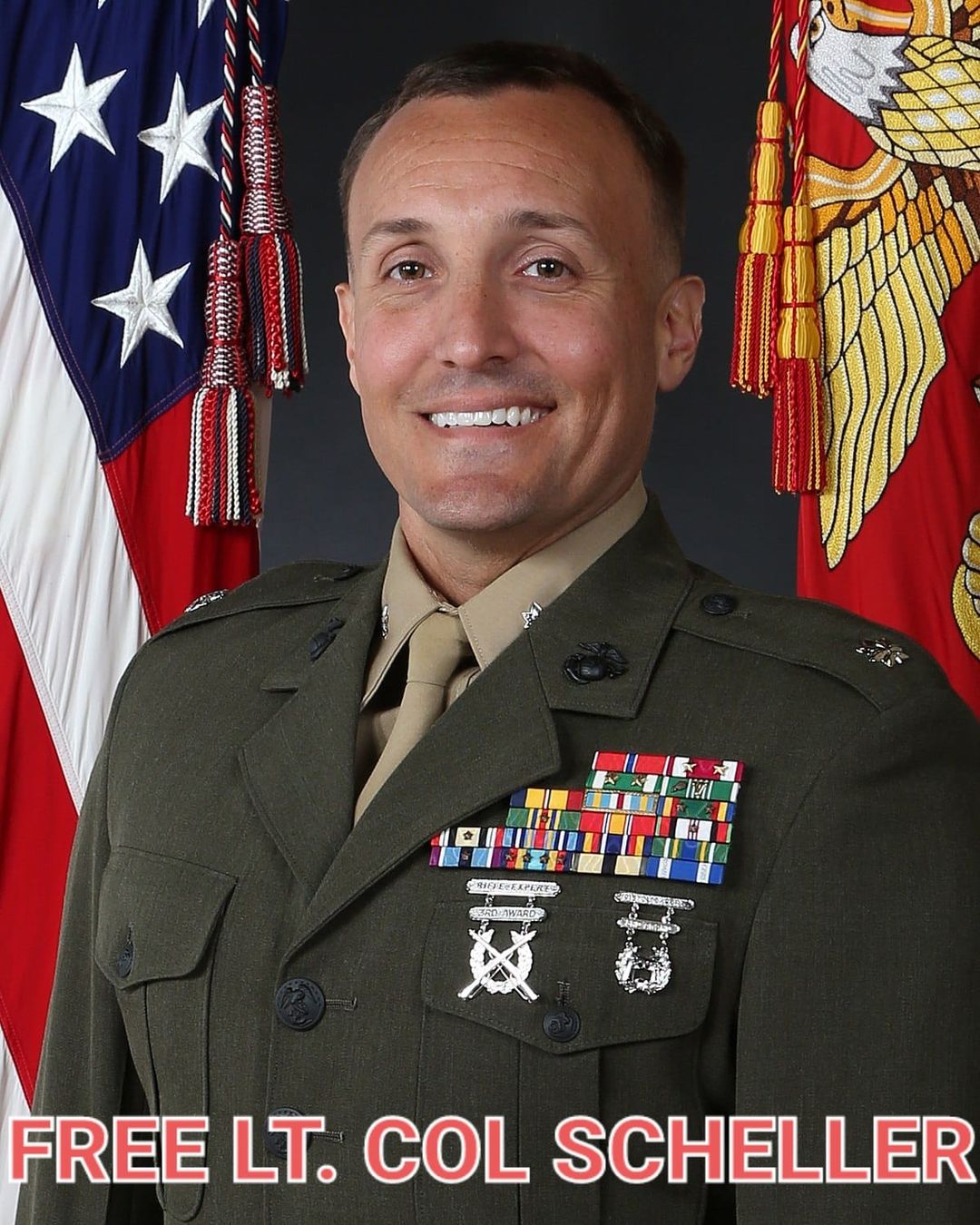 Free Marine Corps Lt. Col Stuart Scheller! He was put in the Brig for standing up and calling out the failed leadership in the military for the failed withdrawal in Afghanistan which resulted in 13 service members killed and a US drone strike that killed 7 kids and individuals who were HELPING US.

Yes, LCS also means “little crappy ship”.  I was around the Navy when the LCS was first proposed to be used in a Naval Special Warfare capacity. I was at Naval Special Warfare Group One as a reservist and showed up to talk to the mandarins who had a great idea. My voice joined a chorus of skepticism. All you needed to do was look at the proposed power plant to say, “not only no, but hell no.”

It is acoustically VERY noisy and every modern navy uses inshore undersea warfare tactics to protect valuable assets from combat swimmers. The only thing that SEALs have going for them is stealth. Running an LCS anywhere near a SEAL area of operation is a recipe for disaster.

The Special Warfare Module for the LCS was never built. In fact, none of the fancy LCS modules were built. It’s an expensive cash cow, wet dream of defense contractors. The crew is too small for them to do maintenance. It’s all done by beltway bandits at cost+50 ashore.

Now the Navy mandarins, in search of something for the LCS to do want to make it a troop hauler… which is an idea that is ABSURD on its face. (Read the Article) Moving Marines around the Pacific on an LCS? The Marines have more sense.

China’s ambitious international road and transportation plan is being derailed by debt and increased expenses. (more here) (and here)

President Xi’s “project of the century” is now facing major challenges and a significant backlash abroad, according to a study by AidData, a research lab at the College of William and Mary.

A growing number of policymakers in low-and middle-income countries are mothballing high-profile BRI projects because of overpricing, corruption, and debt sustainability concerns.

AidData said $11.58 billion in projects in Malaysia have been canceled over 2013-2021, with nearly $1.5 billion canceled in Kazakhstan and a project costing more than $1 billion in Bolivia.

And in other news from China –

The law of unintended consequences takes over when government control of production and regulations (such as price controls and production restrictions) interfere with natural economic interactions. This should serve as a warning for all industrial nations.

“China, the world’s top coal consumer imported a total of 197.69 million tonnes of coal in the first eight months of 2021, down 10% year-on-year. But August coal imports rose by more than a third on tight domestic supplies.

Officials this week have repeatedly sought to assure residents that there will be power for household use and for heating as winter approaches.”

“At least 20 Chinese provinces and regions making up more than 66% of the country’s GDP have announced some form of power cuts. Guangdong province, the southern industrial hub, is cutting ~10% of its peak power demand…

And as the severe power crunch hits major industrial hubs in China’s northeastern heartland, top political leaders face mounting pressure from businesses and citizens to solve the crisis through increasing coal imports to keep the lights on and factories humming.” 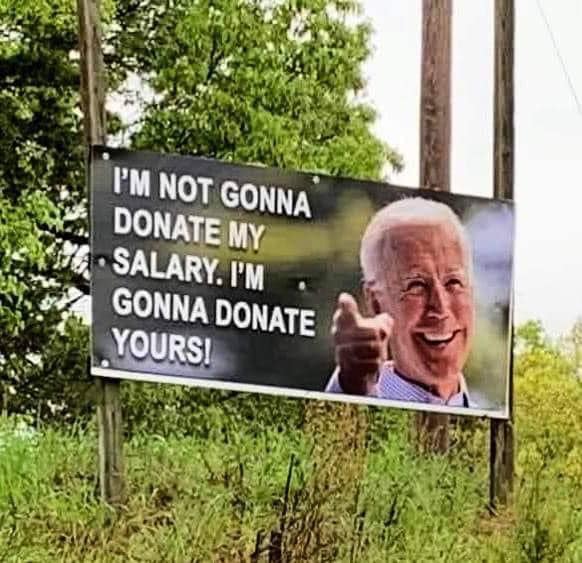 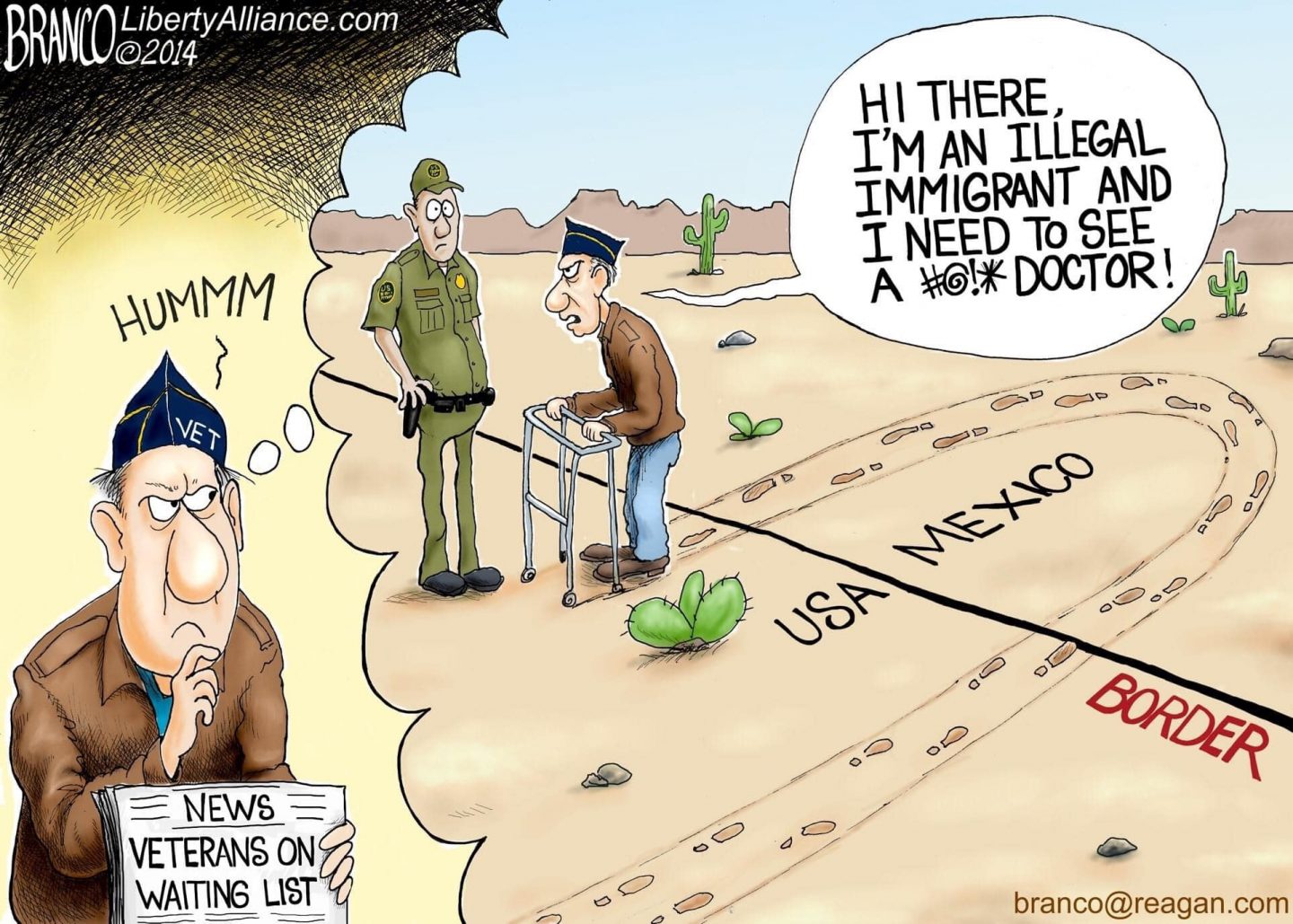 On a dark night in late May of 1944, British Army commando George Henry Lane (bottom left), landed on the coast of occupied France to scout German defenses prior to D-Day. That night, he was captured.

Although he faced execution as an accused saboteur, Lane instead was taken before Generalfeldmarschall Erwin Rommel (bottom right), who commanded the German defenses along the Atlantic Wall.

When Lane entered the office, the Field Marshal rose to his feet, and asked Lane to join him for tea.

So Lane sat down and had tea with Erwin Rommel…

Lane (who actually was born György Lányi in Hungary to Jewish parents) pretended to speak no German, and he claimed to be Welsh to mask his Hungarian accent.

Lane later recounted that their conversation began like this:

Rommel opened by saying, “So, are you one of those gangster commandos?”

Lane responded, “I don’t know what you’re talking about. I’m a soldier, and commandos are the best soldiers.”

Rommel then said to him, “You must realise that you are in a very tricky situation. Everyone seems to think that you are a saboteur.”

Lane replied, “Well if the Field Marshal believed that I was a saboteur he would not have done me the honor of inviting me here.”

Rommel asked, “So you think this is an invitation?”

Lane answered, “I do, sir, and I must say I am highly honored.”

Rommel then brought up his belief that Britain and Germany should be allied together in the fight against the Soviet Union. Lane commented that he did not believe their two countries could be allies at the moment, especially because of the way Germany was treating the Jews.

Rommel quickly cut him off and said, “Now you are talking politics. We are soldiers, we don’t concern ourselves with politics.”

The two then had a pleasant conversation, with the Field Marshal politely probing for intelligence, and the Commando deftly parrying with feigned ignorance.

At the end of their tea, the two amicably parted company, and Lane was not executed, but instead was taken to a POW prison near Spangenberg, Germany.

A couple of months afterward, Rommel was severely wounded when his car was strafed by Allied aircraft. Implicated in a plot to kill Hitler, he was forced to take his own life later that year to protect his family.

As the Allied drive across Europe approached Spangenberg, Lane escaped custody during a prisoner transport and hid in a hospital until U.S. troops overran the area, then he made his way to Paris.

Lane was awarded the Military Cross for his missions behind the lines and eventually left the British Army as a colonel.

After the war, Lane lived in the United States and England and died in 2010 at the age of 95.

For the rest of his days, Lane always believed that his life had been spared only through the personal intervention of Erwin Rommel.