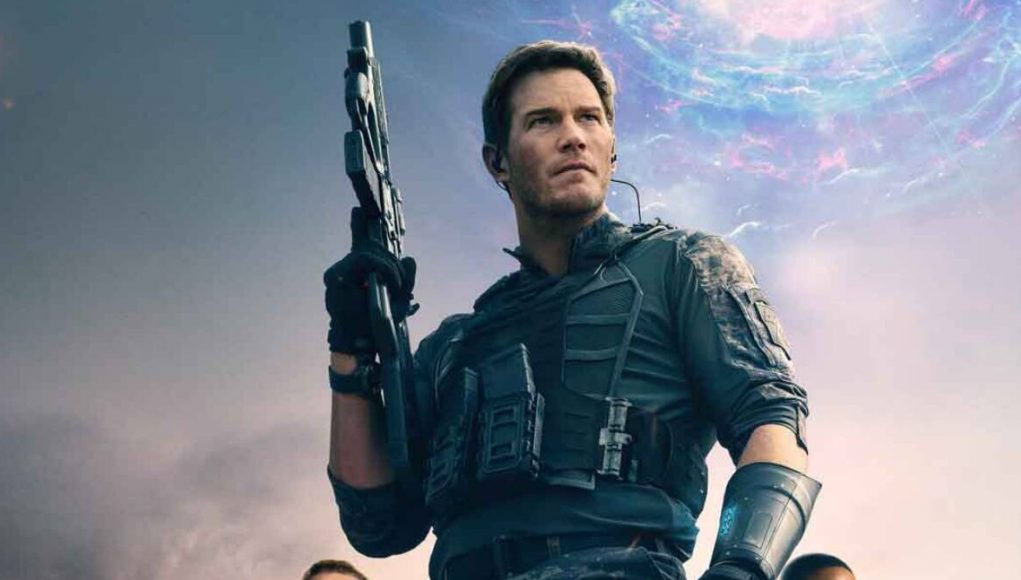 The Tomorrow War is a 2021 American military science fiction action film. The film stars Chris Pratt (who also executively produced), Yvonne Strahovski, J. K. Simmons, Betty Gilpin, and follows a group of present-day soldiers who are sent into the future to fight an alien army.

In December 2022, biology teacher and former Green Beret, Dan Forester, fails to get a job at a prestigious research center. While he is watching the World Cup at a Christmas party, soldiers from the year 2051 arrive to warn that humanity is on the brink of extinction due to alien invaders: the Whitespikes. In response, members of the world’s militaries are sent into the future, but fewer than 20% survive, prompting a worldwide draft.

After a year of the draft and a growing anti-war movement, there is little hope for humanity’s survival. Dan receives a notice that he has been drafted and reports with other draftees to basic training. Dan deduces with fellow draftee Charlie that in order to prevent a paradox, those drafted have already died before the war starts…. no spoilers.

I give it a 9 out of a possible 10. It was released on Amazon Prime today. I screened the film at home.  Trailer

It’s 1957 and Bob arrives to pick up his date. Peggy Sue’s Father invites him in.

He asks Bob what they plan on doing.

Bob politely responds that they will probably just go to the malt shop or to a drive-in.

Peggy Sue’s father suggests, “Why don’t you kids go out and screw? I hear all the kids are doing it.”

“Oh yes, Peggy Sue really likes to screw. She’d screw all night if we let her.”

Just then, Peggy Sue comes downstairs and announces she is ready to go. Bob smiles.

About 20 minutes later, a thoroughly disheveled Peggy Sue rushes back into the house, slams the door, and screams at her father,