A number have come and gone. Some left accounts of themselves through their evolution such as Ancient Rome and Greece. They started as one thing and ended as another. Great foraging armies spread their DNA across the landscape. Alexander’s Army made it to India.

Some were wiped out such as the Incas and Aztecs and their histories were obscured by the Spanish, who sought to supplant their religion and history with a more European one.

A lesser known and acknowledged subject in American history is the life and culture of pre-Columbian civilizations in North America. We know quite a bit about Meso-America (Aztecs, Maya, Olmecs) and South American civilizations, but little about North American societies because those who built mound cities were gone when Europeans arrived, and they left no record as to why they disbanded. 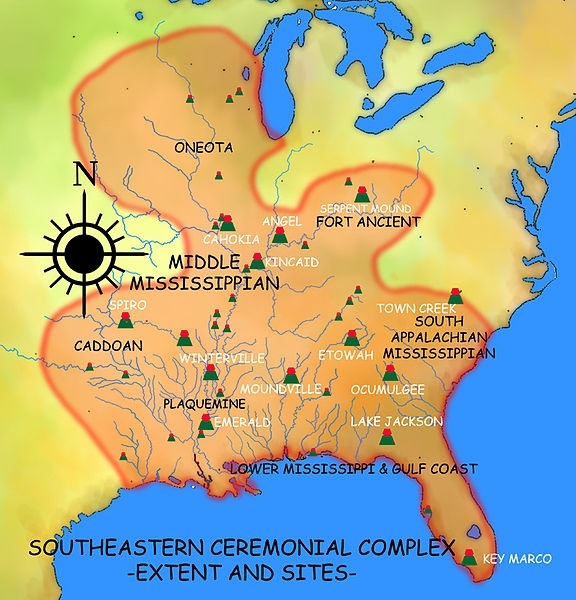 Archeologists have named the general civilization Mound Builders,  various peoples who lived in the Ohio River and Mississippi regions and flourished from around 1,000 BC to around 1400 AD.

The mound builders lived in large independent city states, one of the largest being Cahokia, with a population around 40,000 in the 13th century, comparable in size to medieval London. As the largest city it was also the most important trading city in the region, as items crafted in Cahokia can be found all over central North America. Today Cahokia is part of the Cahokia Mounds State Historic Site and is a UN World Heritage Site. 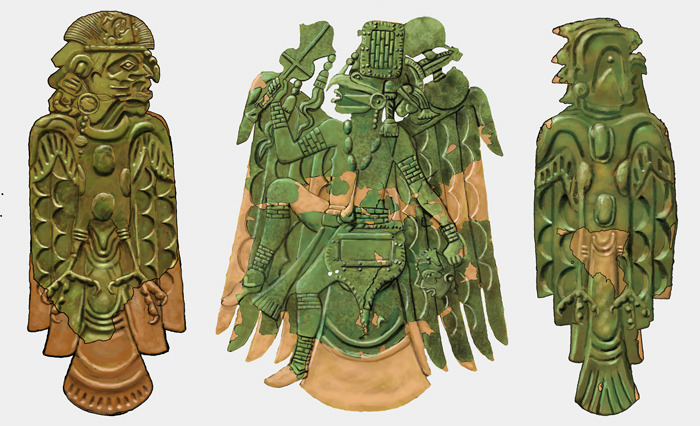 They worked extensively in jade and copper. 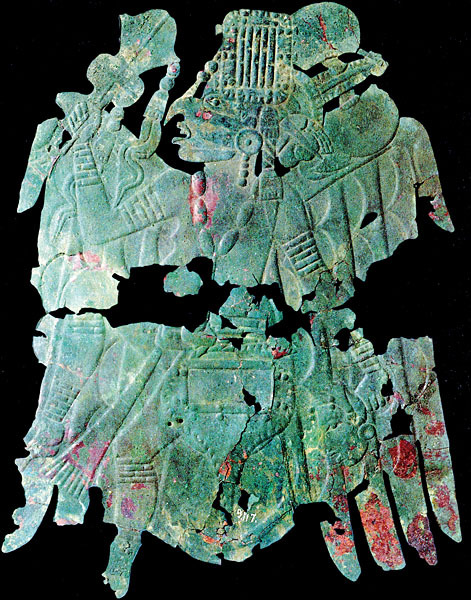 Mound Builder culture began to decline in the 14th century and is believed to have collapsed around 1400 AD. Theories include the use of unsustainable agriculture, pollution of waterways, climate change (The Little Ice Age), and flooding. The Spanish, who arrived in the 16th century, found long abandoned cities, and they hoped to loot gold or silver but only found (relatively worthless) copper.

The Mound Builders produced a number of artifacts for archaeologists to discover, including pottery, flint items, stone statues, and copper items. Native Americans in North America generally are not known for metal working, however many Native American cultures had knowledge of copper working. In Wisconsin copper tools and weapons have been uncovered dating to 3,000-1,000 BC.

I have only a passing interest in this culture, but as with them all, it’s interesting that it was, and its end is an enigma.