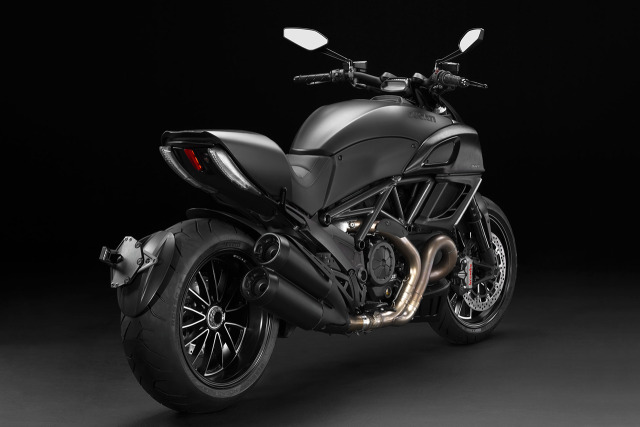 Shift to sixth gear at 129 kph – easy cruise at 160 kph – about 4,000 rpm in sixth. Put something something exciting between your legs!

I turned the she-devil into a touring model for two with a back rest primarily because when I bought the bike, my daughter, Emilie kept slipping off the back. I also added a wind screen to keep the bugs out of my face. Naturally, it’s all still flat black. It doesn’t mean that it’s invisible to radar, but in the 18 months that I’ve been living at the White Wolf Mine, I haven’t seen the Highway Patrol working radar…

There is another Diavel in the area. It’s an older version from when Ducati wasn’t owned by Audi, and the guy who owns it told me that the County Sheriff nailed him on Radar on Mary’s Lake Road, south of Flagstaff at 135 mph. He got off with a warning because he was a local. Good to know, right?

It’s summer. The quarantine sucks. What else do you expect?