There was no demonstration of any kind, nobody said a word, everybody just slumped away. […] It was one of the flattest moments of our lives, we just couldn’t comprehend it. We had that sort of feeling as though we’d been kicked out of a job. To some of us it was practically the only life we’d known. […] There was no cheering, no singing – we were drained of all emotion. We were too far gone, too exhausted to enjoy it. All things come to an end, and even a drama can go on too long. It didn’t end with a whimper, but something very much like one.

– British WW1 veterans being interviewd about the end of the war, They Shall Not Grow Old

(mood music) You need to listen to a shanty while reading about nautical topics.

US. Navy “Elgin Cutlass” combination knife pistol, designed by George Elgin c.1837 at the height of the Bowie knife’s popularity, manufactured by C.B. Allen of Springfield, Massachusetts for use in the 1838 United States Exploring Expedition of the South Pacific.

The US Ex. Ex., or ‘Wilkes Expedition” after commanding officer US Navy lieutenant Charles Wilkes, was a scientific expedition to explore the islands of the South Pacific with a host of naturalists and other scientists. Because it was profoundly American in spirit its crew was also equipped with this hybrid pistol/bowie knife, which saw some use as fights commonly broke out with the natives they interacted with. The so called Elgin cutlass is to this day the only hybrid weapon officially issued by the US armed forces. 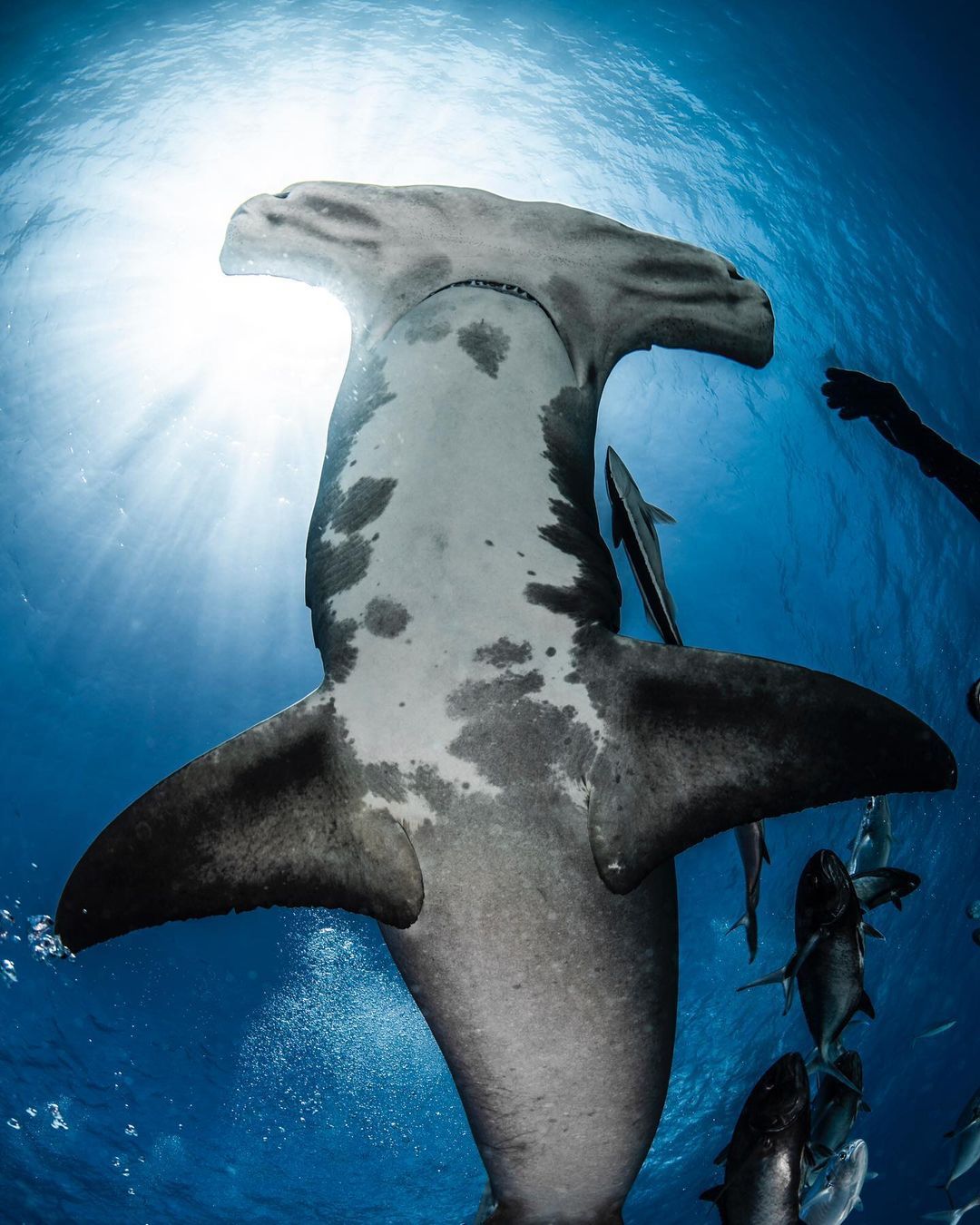 When I refer to Jo/Ho as hammerheads, this is not what I mean.

Nobody Could have Predicted…

It’s all about cause and effect in Portland…more here.

Police had removed a fence erected around the Mark O. Hatfield U.S. Courthouse because it became a “symbol of divide” between law enforcement and the community, according to the Portland Police Bureau.

Rioters then descended on the federal courthouse and vandalized it.

(NY Post) “The woke think of themselves — and want everyone else to think of them — as deeply moral. If they have a flaw, it’s that they just care too much. They’re too idealistic, too empathetic, too eager to make the world a better place.” 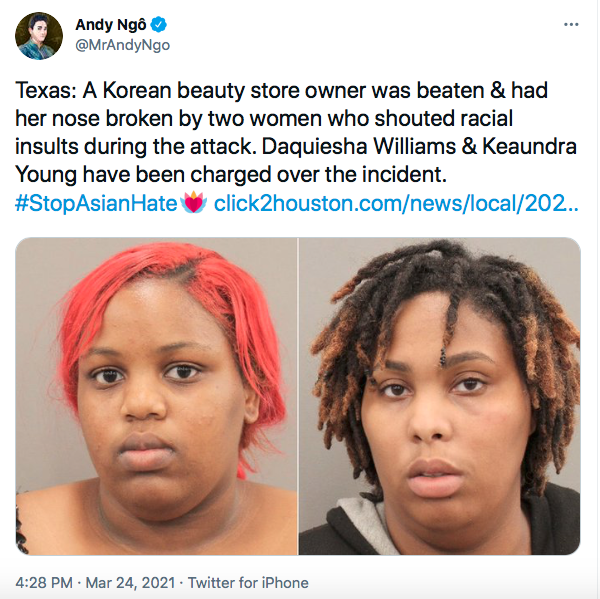 There will be more on this blog later on this topic. 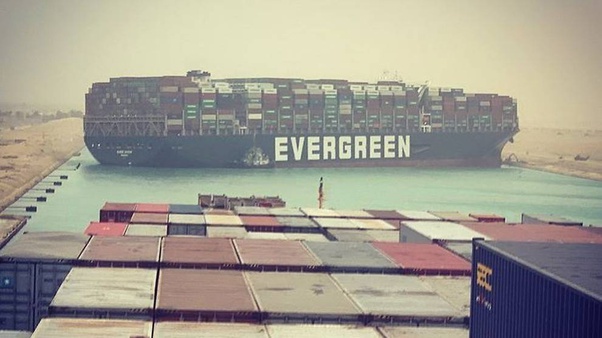 For now, this is the situation in the Suez Canal. 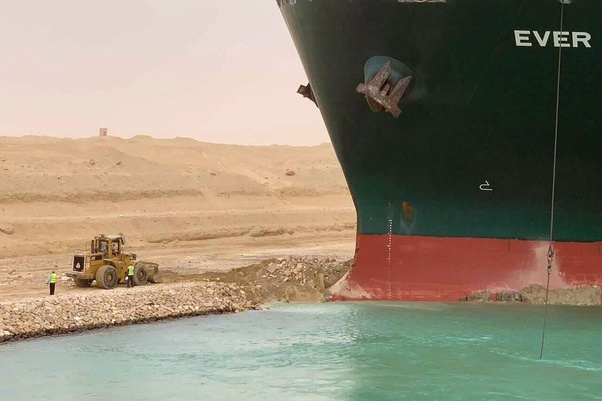 A skip loader arrived to free the ship.

The ship is roughly the size of the Empire State Building. And it’s weight, when fully loaded is pretty similar to a skyscraper. Imagine a massive building lying on it’s side, and you’re given the task of moving it. What are you going to do?

Major equipment, needs to be brought into place, sited, set up, and a plan needs to be developed and executed, and if it doesn’t work, then they need to try something else, which might be even more complicated.

If you got lucky, tugboats and the ship’s own engines might be able to do it. But if you’re not lucky (and it looks like they’re not), then you have to build a plan to do something from the ground up. 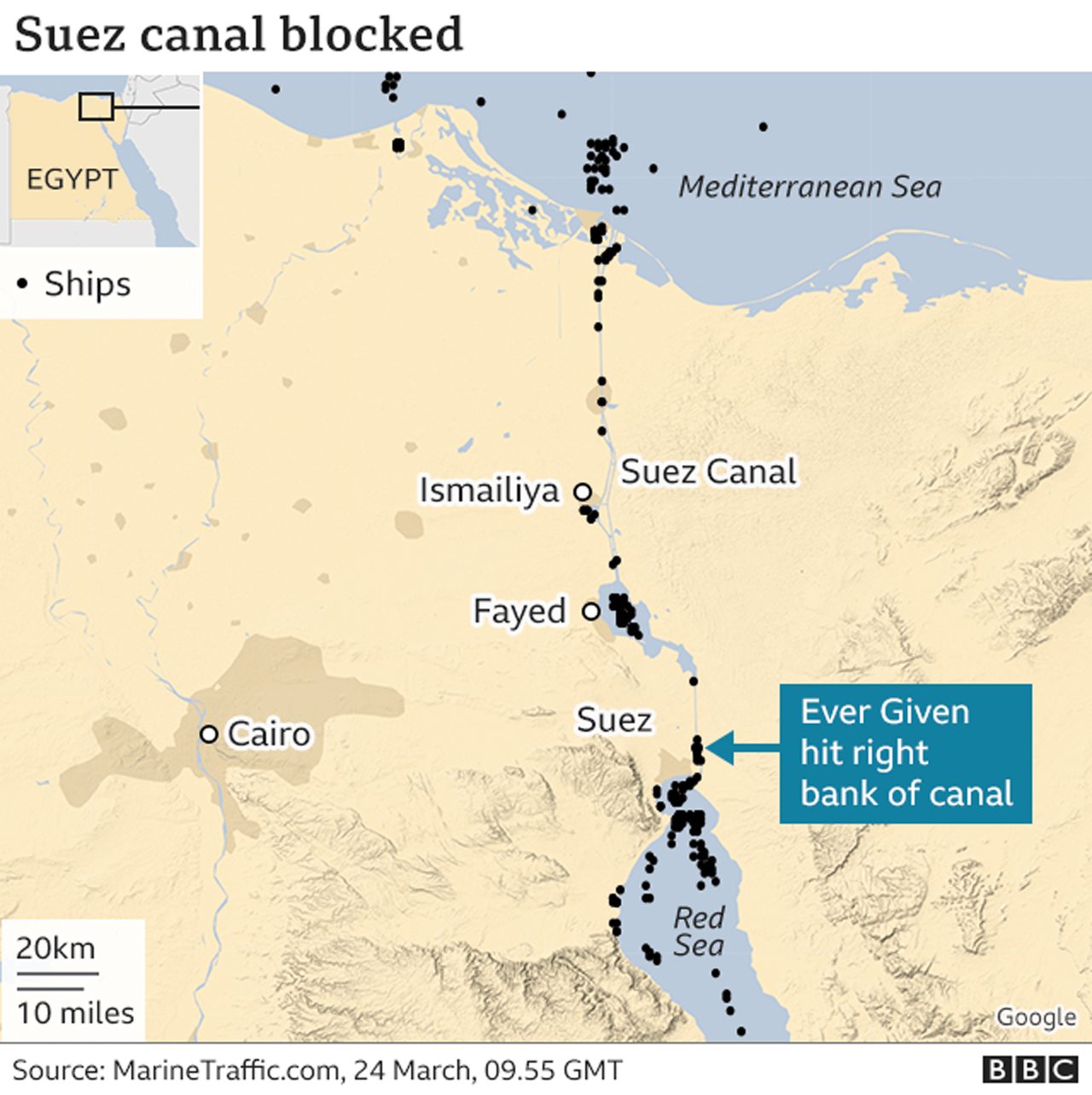