Russia has developed its own version of Black Water, an American private military corporation. Some of you are familiar with PMC Wagner (ChVK Wagner), but for those who are not, I refer you to the Wikipedia page, which lays it out well enough. They’ve been active in various hot spots where Russia has interests. Comparing them to Black Water is not apples to apples, but I do it out of a sense of brevity. They’re currently active in Mali, guests of the government under a status of forces agreement. 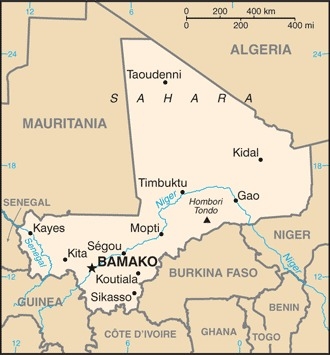 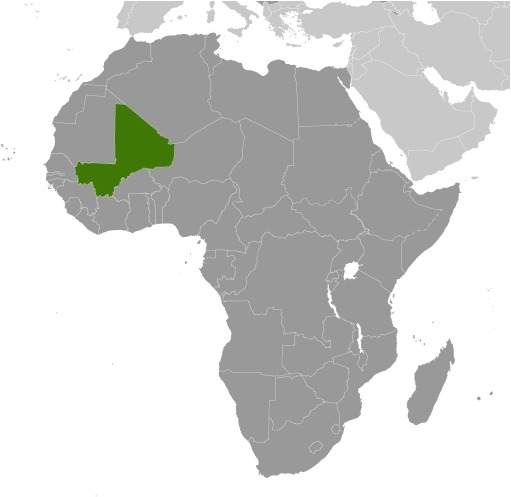 Ibrahim Boubacar KEITA won the Malian presidential elections in 2013 and 2018. Aside from security and logistic shortfalls, international observers deemed these elections credible. Terrorism, banditry, ethnic-based violence, and extra-judicial military killings plagued the country during KEITA’s second term. In August 2020, the military arrested KEITA, his prime minister, and other senior members of the government and established a military junta called the National Committee for the Salvation of the People (CNSP). In September 2020, the junta established a transition government and appointed Bah N’DAW, a retired army officer and former defense minister, as interim president and Colonel Assimi GOITA, the coup leader and chairman of the CNSP, as interim vice president. The transition government’s charter allows it to rule for up to 18 months before calling a general election.

In May 2021, Colonel Assimi GOITA arrested the interim president in a second coup in an effort to slow election preparations, claiming that the transition government needed to prioritize improving security before elections occur. In June 2021, Mali’s military transitional leaders appointed Choguel Kokalla MAIGA as prime minister.

Mali’s total population is expected to double by 2035; its capital Bamako is one of the fastest-growing cities in Africa. A young age structure, a declining mortality rate, and a sustained high total fertility rate of 6 children per woman – the third highest in the world – ensure continued rapid population growth for the foreseeable future. Significant outmigration only marginally tempers this growth. Despite decreases, Mali’s infant, child, and maternal mortality rates remain among the highest in Sub-Saharan Africa because of limited access to and adoption of family planning, early childbearing, short birth intervals, the prevalence of female genital cutting, infrequent use of skilled birth attendants, and a lack of emergency obstetrical and neonatal care.

Mali is part of a five-nation anti-jihadist task force known as the G5 Sahel Group, set up in 2014 with Burkina Faso, Chad, Mauritania, and Niger; it has committed 1,100 troops and 200 gendarmes to the force; in early 2020, G5 Sahel military chiefs of staff agreed to allow defense forces from each of the states to pursue terrorist fighters up to 100 km into neighboring countries; the G5 force is backed by the UN, US, and France; G5 troops periodically conduct joint operations with French forces deployed to the Sahel under Operation Barkhane.

the United Nations Multidimensional Integrated Stabilization Mission in Mali (MINUSMA) has operated in the country since 2013; the Mission’s responsibilities include providing security, rebuilding Malian security forces, supporting national political dialogue, and assisting in the reestablishment of Malian government authority; as of August 2021, MINUSMA had around 18,000 personnel deployed; in June 2021, MINUSMA’s mission was extended until the end of June 2022.

France’s appetite to continue to pour resources down a rat hole led to their withdrawal in part. Mali’s army spokesperson has said Russian soldiers have deployed to the northern city of Timbuktu (the great city constructed largely of mud and cow dung) to train Malian forces at a base vacated by French troops last month amid persistent insecurity in a country where large swaths of territory are out of the government’s control.

The Malian government said late last year that “Russian trainers” had arrived in the country, but Bamako and Moscow have so far provided few details on the deployment, including on how many soldiers are involved or the Russian troops’ precise mission.

On December 23, a group of Western countries led by former colonial power France, which in 2013 intervened militarily to help push back advancing armed groups that threatened to seize the whole of Mali, sharply criticized what they said was the deployment of Russian mercenaries working for the controversial Wagner Group.

Mali’s government has denied this, saying the Russian troops are in the country as part of a bilateral agreement. (status of forces agreement or treaty)

“We had new acquisitions of planes and equipment from them [the Russians],” the Mali army spokesperson told Reuters on Thursday. “It costs a lot less to train us on-site than for us to go over there … What is the harm?”

He did not say how many Russians had been sent to Timbuktu.

Residents told Reuters that uniformed Russian men were seen driving around town but could not say how many there were.

The Russian forces’ arrival in Mali follows deployments to several other African hotspots, part of what analysts say is an attempt by Moscow to recover influence on the continent after a long absence following the Soviet Union’s collapse in 1991.

The withdrawal of French troops from Timbuktu, a city they helped to recapture from al-Qaeda fighters in 2013, is part of a significant drawdown of a previously 5,000-strong task force in West Africa’s Sahel region. The French government said it would refocus its military efforts on neutralizing rebel operations and strengthening and training local armies.

The decision came amid mounting political instability in Mali, where Colonel Assimi Goita carried out two coups in less than a year before being sworn in as the country’s interim president. The military-dominated government initially committed to holding elections by the end of February 2022, but has now proposed a transition period lasting between six months and five years.

The reports over the Wagner deployment in recent months have further strained already tense ties between the French government and the coup makers. The rising tensions have also come at a time when anti-French sentiment has become widely popular among Malians who accuse Paris of failing to contain the escalating violence and pursuing a hidden agenda.

Regionally, the US has invested in Niger,  not Mali. The US presence in Niger is largely and vaguely (at the same time) taking place under Operation Juniper Shield, wherein AFRICOM engages in operations in Niger, Libya, Mali, Chad, and other regional entities. Those activities include Army Special Forces activities, USAF drone strikes, and so forth. The drones are in Africa, the drone drivers are at Creech AFB in Nevada where they can pop into Vegas for drinks, dice, and tail in off-hours.

In 2018 the Trump Administration and the United States Africa Command laid out plans to withdraw around 25% of all US Military forces in Africa with around 10% withdrawing from West Africa so they could focus on threats from Russia and China while still remaining in the area. Under the current Brandon Administration, they quietly returned. 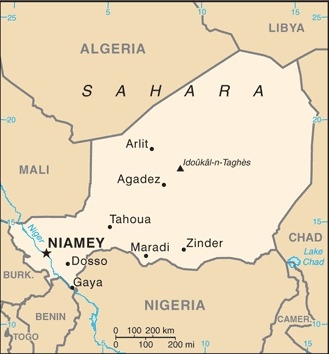 Note:  Virtual Mirage may experience a brief halt as I cast about for new clients in this post-Covid world now that I’m feeling better post-surgery. I need to drag the sack and earn some scratch to help the kids – you get it.