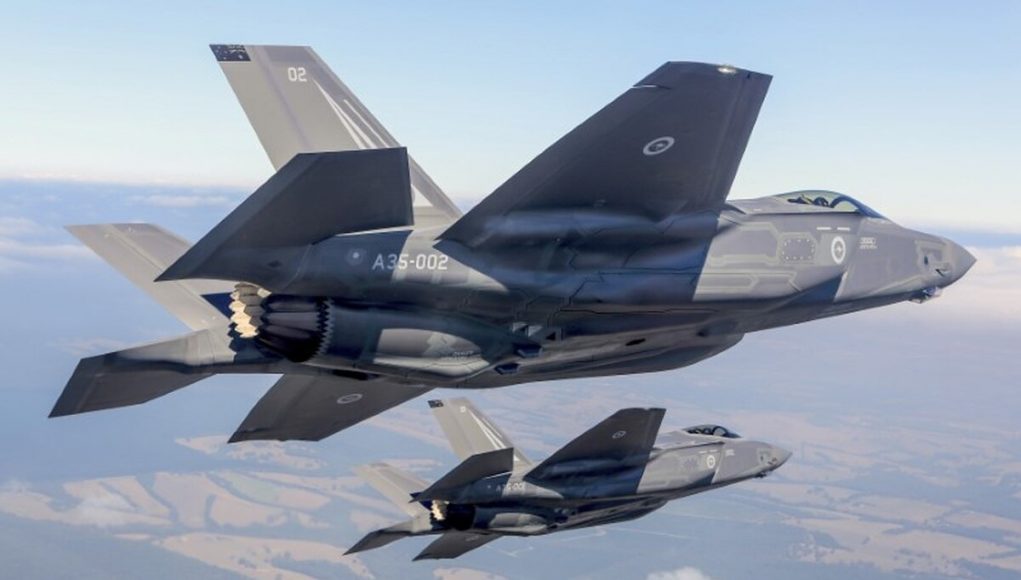 In its Navy Vision 2045 plan, the Republic of Korea Navy (ROKN) announced that it would develop a light aircraft carrier (CVX) capable of fielding a wing of F-35B style short take-off vertical landing (STOVL) aircraft. The CVX, a twin island flat-top (see the UK carriers) that can carry roughly 20 fixed-wing aircraft, will be at the heart of the ROKN’s plans for a strategic mobile fleet for blue water operations, improving its ability to project air power far from South Korean shores.

There are detractors, primarily the Communist Party of China and the DPRK, who feel that the ROK does not need its own aircraft carrier. Some feel that aircraft carriers are obsolete. 2045 is not right around the corner. Who knows what tech will be in place by then?

Appeasement of aggression always leads to continuing and escalating aggressive behavior on the part of the aggressor. Obama’s failure to hold China in any way accountable for its illegal seizure of islands in the South China Sea only emboldened Chinese Imperialism.

About 220 Chinese fishing vessels, part of China’s maritime militia, are now crowding around Whitsun Reef in the Spratly chain in the South China Sea in another attempt to break apart the Philippines.

Whitsun is where the United States and the region should confront an increasingly expansionist China. The failure of the Obama administration to defend the Philippines in early 2012, in a confrontation similar to today’s, emboldened China’s regime to adopt an even more aggressive posture in its peripheral waters.

Whitsun Reef is inside China’s infamous nine-dash line. The line on official maps defines an area informally known as the “cow’s tongue,” which includes about 85 percent of the South China Sea. Beijing maintains it has sovereignty over every feature there, including Whitsun, which Beijing has named Niue Jiao.

Joe Biden, bought by the Communist Chinese cheap, was a good op by China. He is unlikely to confront his paymasters.

First let me comment on the F-22 Raptor. I was present at an event where the F-22 was to be demonstrated several years ago. Two F-22’s were being flown. The USAF sent three, then a fourth — to get two into the air. I spoke to crew who said, yes, there were some reliability problems. But when everything worked they were like magic. Cool for a peacetime demonstration – at $60,000 per flight hour per aircraft… But what about a wartime tempo?

The Air Force has announced a new study into the tactical aviation requirements of future aircraft, dubbed TacAir. In the process of doing so, Air Force chief of staff General Charles Q. Brown finally admitted what’s been obvious for years: The F-35 program has failed to achieve its goals. There is, at this point, little reason to believe it will ever succeed and meet its expectations.

“I want to moderate how much we’re using those aircraft,” the general said. “You don’t drive your Ferrari to work every day, you only drive it on Sundays. This is our high end, we want to make sure we don’t use it all for the low-end fight… We don’t want to burn up capability now and wish we had it later.”

The DoD and Lockheed-Martin have spent years painting the F-35 as a flexible, multi-role aircraft capable of outperforming a range of older planes. The rhetoric worked. The F-22 Raptor, F/A-18 Hornet, and several jets in the Harrier family were retired because the F-35 was supposed to replace them. The Air Force fought to replace the beloved A-10 Warthog with the F-35 on the grounds that the latter was, somehow, a superior replacement. Many of us were exceptionally skeptical of the utility of a stealth close support aircraft that lacked the robust capabilities of the Warthog. It turns out that we were correct. Big shock there.

The F-16 was supposed to be replaced by the F-35. Back in 2010, Lockheed expected the F-35 to replace the F-15C/D variants as well as the F-15E Strike Eagle. That’s six different aircraft covering all three roles (air-to-air, strike, and ground). The F-35 was explicitly developed and designed to be a flexible, effective, and relatively affordable aircraft with sophisticated logistics management systems that would reduce downtime and boost reliability.

This aircraft wasn’t supposed to be a Ferrari. It was billed, explicitly, loudly, and repeatedly, as the single platform that could fill any mission requirement and satisfy virtually any mission profile outside of something a B-52 might handle. Instead, the Air Force, Marines, and Navy have all adjusted plans at various times to keep older aircraft in service due to delays and problems with the F-35.

To say the F-35 has failed to deliver on its goals would be an understatement. Its mission capable rate is 69 percent, below the 80 percent benchmark set by the military. 36 percent of the F-35 fleet is available for any required mission, well below the required 50 percent standard. Current and ongoing problems include faster than expected engine wear, transparency delamination of the cockpit, and unspecified problems with the F-35’s power module. The General Accountability Office (GAO) has blamed some of this on spare parts shortages, writing:

[T]he F-35 supply chain does not have enough spare parts available to keep aircraft flying enough of the time necessary to meet warfighter requirements. “Several factors contributed to these parts shortages, including F-35 parts breaking more often than expected, and DOD’s limited capability to repair parts when they break.

There have been so many problems with the F-35, it’s difficult even to summarize them. Pilot blackouts, premature part failures, software development disasters, and more have all figured in various documents over the years. Firing the main gun can crack the plane. The Air Force has already moved to buy new F-15EX aircraft. Multiple partner nations that once promised F-35 buys have shifted orders to other planes. The USAF continues to insist it will purchase 1,763 aircraft, but the odds of it doing so are increasingly dubious. The F-15EX costs an estimated $20,000 per hour to fly. The F-35 runs $44,000.

Brown indicated he’s not interested in buying more F-16s, because not even the most advanced variants have the full scope of features the USAF hopes to acquire. This would presumably also disqualify the “F-21” Lockheed-Martin recently announced for the Indian market. Instead, Brown wants to develop a new fighter with fresh ideas on implementing proven technologies.