The Duty to Care 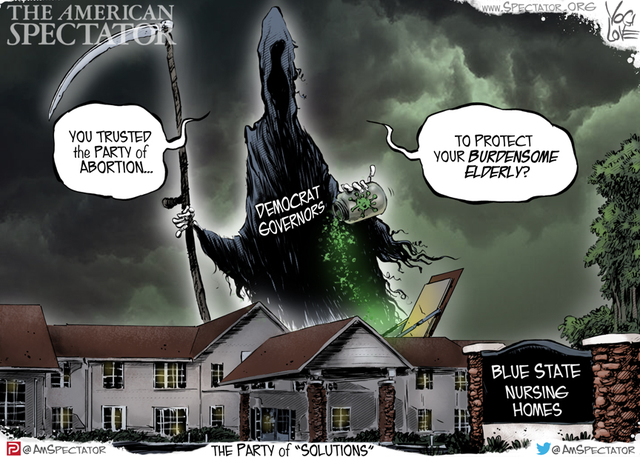 Forgive me if I sound naive, but isn’t one function of government to protect the helpless in society – or at least to stand as an advocate. Yes, I refer to the very young and very old, who often do not have a voice of their own.

There is little that depresses me more than walking through a nursing home. They all smell of shit and bleach. So long as I have a firearm and the strength to pull the trigger, I won’t be going to stay. But what of the implied social contract?

In New York, New Jersey and elsewhere, the scandals involving the neglect, the duty to care and the standard of care, are being openly replaced by sexual scandals. Look, a squirrel!

The measure of a society is how it deals with these people who can’t care for themselves and we have been weighed, measured, metered, and have been found wanting.

The devastating fallout of the Biden administration’s job-killing rampage continues after he canceled the sale of 80 million acres of Gulf of Mexico oil leases that was scheduled for Wednesday in New Orleans, KLFY-TV in Lafayette, Louisiana, reported yesterday.

“It would kill our state. It would kill workers,” Mike Moncla, president of the Louisiana Oil and Gas Association, said of the Biden administration’s move. “It would kill jobs, and it would be a terrible thing.”

According to the Moncla and the association, nearly 250,000 Louisiana residents work in the oil and gas industry, and 98,000 of them have offshore jobs.

The oft heard response from progressive officials is that all of those people will just have to learn to work on wind turbines or build solar panels, for minimum wage. Or maybe they can find gainful employment in the fast food industry? “Let them eat cake!”

Jo/Ho banned all new oil and gas leases on public land and waters for 60 days in an executive order on Jan. 20, the day he took office.

Never fear, there is still Middle East, Russian, and Venezuelan oil for sale. 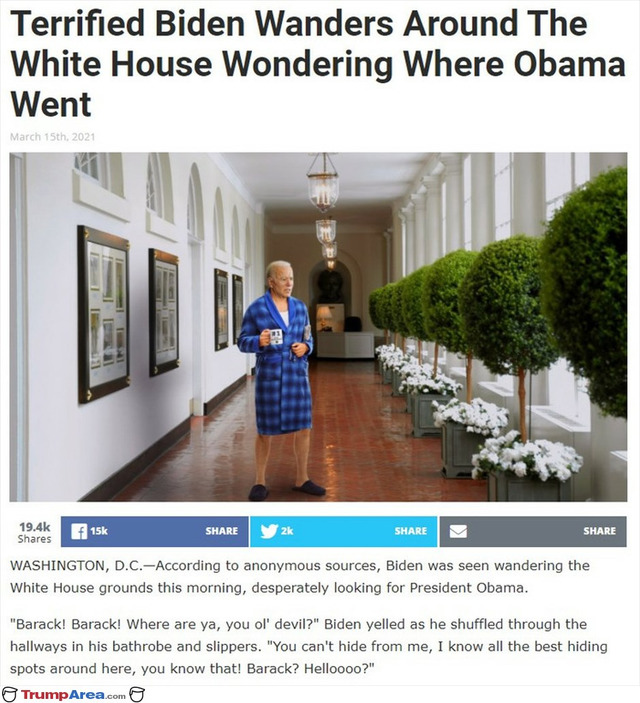 If you could stand on Venus — what would you see? Pictured is the view from Venera 13, a robotic Soviet lander which parachuted and air-braked down through the thick Venusian atmosphere in March of 1982. The desolate landscape it saw included flat rocks, vast empty terrain, and a featureless sky above Phoebe Regio near Venus’ equator. 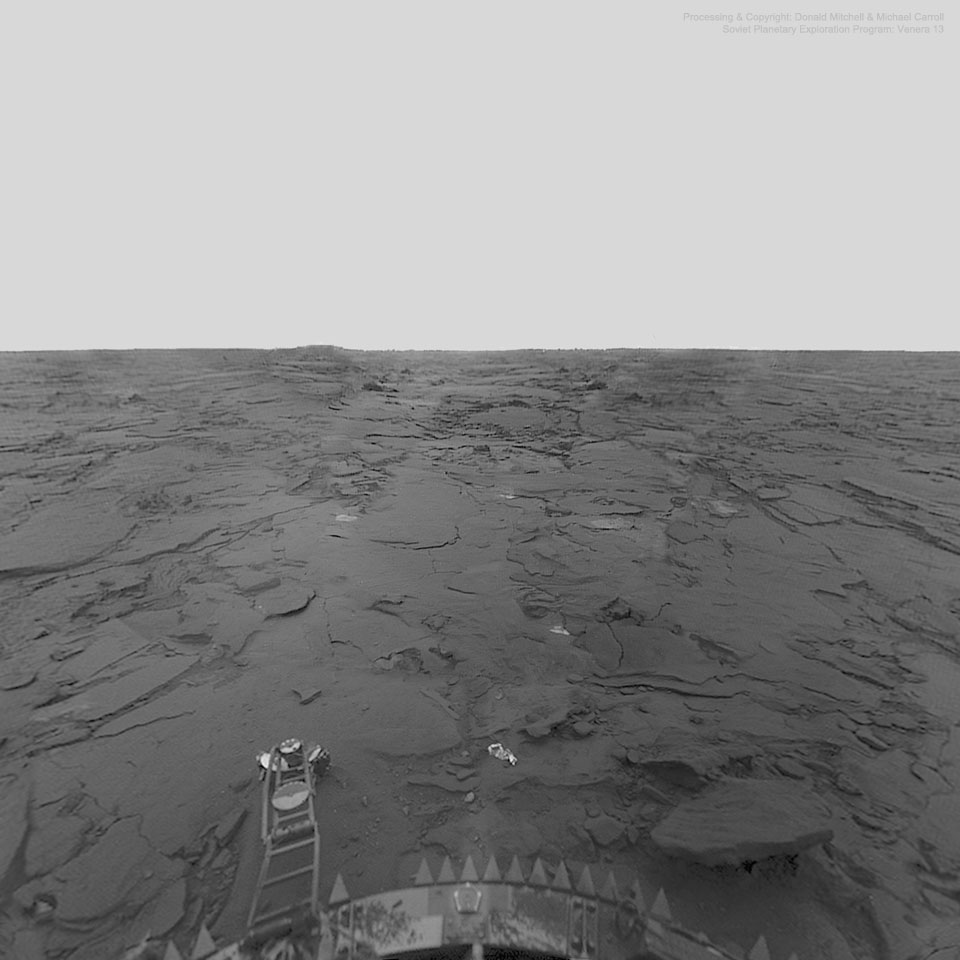 Enduring temperatures near 450 degrees Celsius and pressures 75 times that on Earth, the hardened Venera spacecraft lasted about two hours.

Two papers have dealt a fresh blow to the idea that Venus’s atmosphere might contain phosphine gas — a potential sign of life.

The claim that there is phosphine on Venus rocked planetary science last September, when researchers reported spotting the gas’s spectral signature in telescope data. If confirmed, the discovery could mean that organisms drifting among Venusian clouds are releasing the gas. Since then, several studies have challenged — although not entirely debunked — the report. They say some 100 ppb of SO2 could explain all of the JCMT phosphine signal—not unreasonable, given observations by the Venus Express orbiter that SO2 concentrations can spike to 1000 ppb.

Not much sci-fi involves Venus these days because it such a nasty place. Back before we knew about Venus, there were those possibilities. 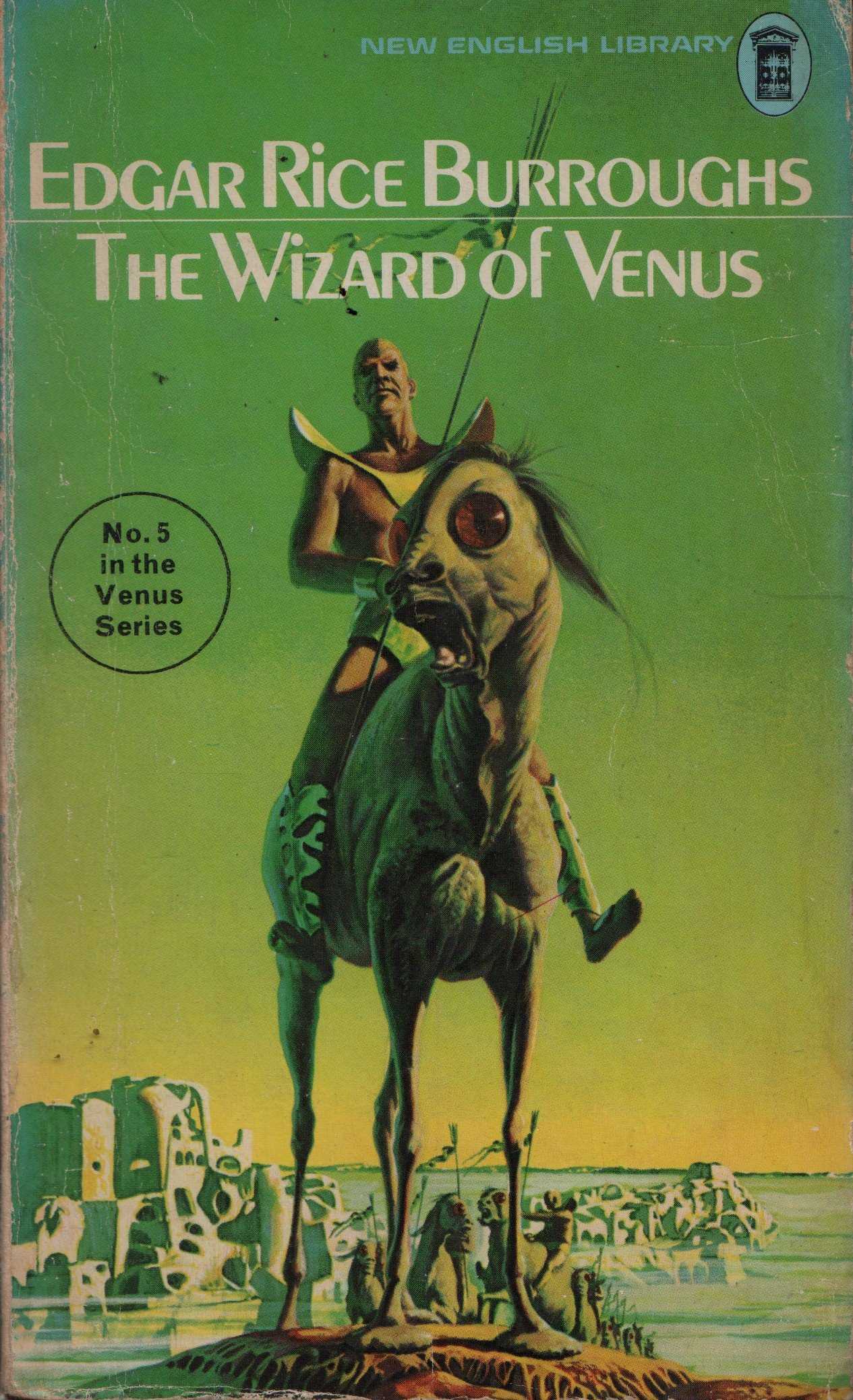