On November 25, Mexican President Felipe Calderon and Secretary of Public Security Genaro Garcia Luna officially opened the Center of Intelligence of the Federal Police.
It is located on the campus of the Public Security Secretariat headquarters in the Alvaro Obregon delegation of Mexico City. The building is complete with underground facilities and reportedly energy independent from the rest of the SSP campus. It includes four departments: security, operations, national alerts and strategic installations. The center is directly connected to over 600 state and municipal offices as well as 169 Federal Police (PF) stations throughout the country.
President Calderon boldly stated that this new intelligence center represents a step forward in the PFs ability to battle organized crime across Mexico, but its true security and effectiveness remain questionable. The center has been operating for the last four months, allowing the staff to identify problems and make appropriate changes before the official opening. The center is designed to be interoperable with Colombian and U.S. systems to allow a free flow of information among the three countries. However, the necessary information-sharing agreements reportedly are still in the works. Nobody really believes that that what is managed within the inner sanctum will remain secure from the cartels – and particularly The Federation (the cartel that controls and manages the narcotics trafficking in well over half of Mexico). 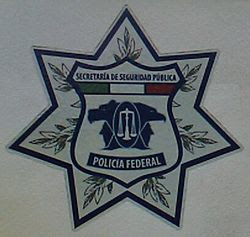 In many states within Mexico, the cartels are the de-facto government. A senior member of a very influential cartel told me that roughly one third of the businesses in a state in Mexico operate because of loans made from “the cartel”. To the extent that’s true, the cartel operates within that particular state in Mexico as a guarantor for loans well in excess of any other single lender. I also am left with the distinct impression that the federal police within that particular state work as the enforcement arm of the cartel. Arrested persons are therefore predominantly comprised of people who were not serving the interests of the cartel.
The new Federal Police Intelligence Center is similar to Special Compartmented Information Facilities (SCIF) utilized by the United States government. The centralization of sensitive information on cartel activity in this facility will undoubtedly make it a high-priority target for cartels to penetrate, if they haven’t already.
The Policia Federal Preventivia (Federal Prevention Police) (badge above – right) were instituted to protect against kidnapping. While well managed at the outset, they’ve been plagued by corruption more recently.