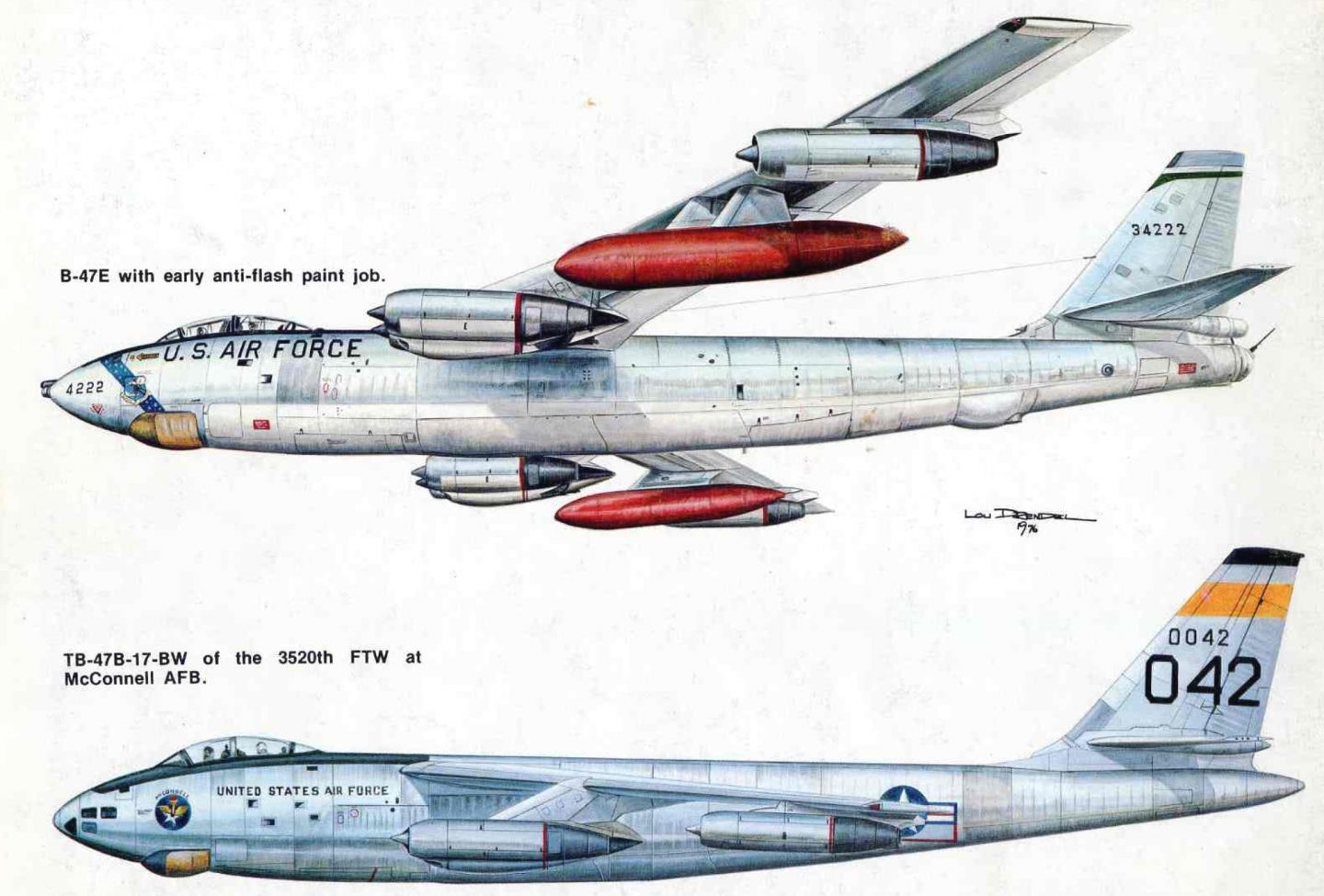 On March 11th, 1958 a US Air Force B-47 bomber took off from Hunter Air Force Base in Savannah, Georgia carrying a Mark 6 nuclear bomb destined to be delivered to a base in the United Kingdom.  The Mark 6 was a fission nuclear bomb with an explosive yield of 30 kilotons, double the yield of the bomb dropped on Hiroshima.

After takeoff the pilot of the B-47, Captain Earl Koehler, noticed a fault light indicating that the bomb locking pin had not engaged.  The automatic locking system was malfunctioning, meaning that Bombadier/Navigator Captain Bruce Kalka would need to descend into the bomb bay and manually set the pin.  Kulka actually had little training in the B-47′s operating systems, and thus could not find where the pin was located.  After several minutes of searching, he found the pin mechanism above the bomb, prompting him to climb towards it.  In the cramped bomb bay Kulka instinctively grabbed onto a lever for a handhold, a lever which just happened to be the bomb release mechanism.  The 7,000 lb bomb slammed onto the bomb bay doors, forcing them open. Kulka himself had a mere fraction of a second to grab onto something lest he too drop through the bomb doors.

Fortunately the Mark 6 bomb was not armed, during transportation such weapons have their nuclear cores stored separately on the plane just in case of such accidents. However, the bomb still contained a large amount of conventional explosives which is used to detonate the bomb.  The bomb landed in the woods behind the home of the Gregg family near Mars Bluff, South Carolina.  Father Walter Gregg was in the garage fixing a bench with his son Walter Jr.  His wife Elfie was in the house sewing, while his two daughters Helen, Frances, and cousin Ella Davies were playing in the back yard. All present recall hearing a jet flying over, followed by a whistling sound and then a loud explosion.  The house sustained major damage as a result of the blast, with Elfie buried under rubble.  Walter and Walter Jr. exited the garage as it began to collapse, while the girls came running from the back yard covered in cuts and other wounds.  One of the girls, who had been playing in a tree house, was blown clear of the tree house. Walter Gregg extricated his wife from the house then gathered his family and raced them to the hospital.  Fortunately none suffered life threatening injuries.

The bomb not only damaged the Gregg house but a dozen other houses and a church nearby, resulting in shattered windows, collapsed chimneys, dozens of dead chickens, and some car accidents at a nearby highway. The blast also resulted in a crater 50 feet wide and 20 feet deep. After the accident, the B-47 crew circled around and took a photo of the devastation, then reported back to base. 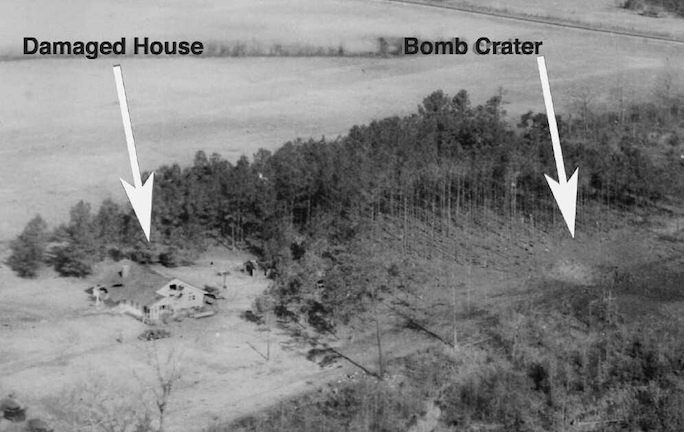 Photo from B-47 (above) Photo of crater (below) 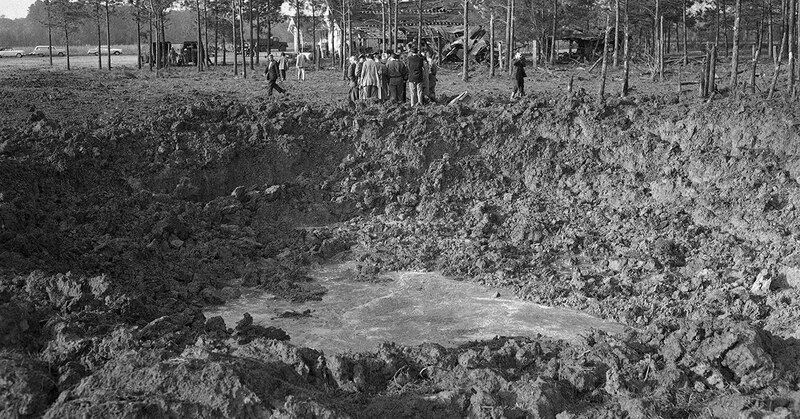 The Gregg family sued the US Government and received $30,000 in damages, roughly $500,000 adjusted for inflation.  Incredibly Walter Gregg became good friends with the crew, who reached out to the family to apologize for the accident.  Walter Gregg passed away in 2013 at the age of 92.

A month before the accident another USAF bomber had accidentally dropped a hydrogen bomb into the Atlantic Ocean.  These two accidents prompted the US Air Force increased safety regulations to prevent such accidents from re-recurring, and to use more stable conventional explosives in nuclear weapons.