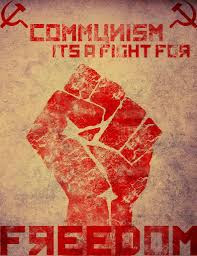 I make this comment knowing that my friends living in states that don’t have extortionary taxes will be laughing at me, living here in the People’s Republik of Kalifornia.

Naturally, Bernie Sanders, prominent communist, would be chanting, “From each according to his ability to each according to his needs.” He’d sing the Internationalle. He’d talk about his glorious honeymoon with his wife in the Soviet Union. Bernie would extoll the virtues of a new worker’s paradise in the USA, bringing about the end of capital. It’s what communists do. It doesn’t matter whether you call it national socialism, communism, democratic socialism or some other related collectivist doctrine. Taxation is the way forward for Bernie, and all he has to do is follow the California model.

(LV Review Journal) As K. Sean Packard
outlined for Forbes last week, states tax professional athletes according to
their income for the calendar year. In order to calculate this so-called
“jock tax,” they apply what is called a duty day calculation, which
takes the ratio of duty days (or days spent working) within the state over the
player’s total duty days for the year. They then multiply that ratio by the
player’s salary to determine a state’s allocable income.

Technically, Mr. Newton
worked for seven days in California during Super Bowl week. If the Panthers had
won the game, he would have owed the state $88,000 — or a whopping 86.3 percent
of his Super Bowl income of $102,000. However, since the Panthers lost, Newton
has to pay $87,800 on a reduced income of $51,000. If you’re doing the math at
home, that works out to an eye-popping 172.2 percent. On top of that, Mr.
Packard noted Mr. Newton will also have to pay the IRS 40.5 percent on his
earnings for the game, as well as income tax to his home state of North
Carolina. And since the Panthers are scheduled to play in California twice in
the 2016 regular season, Mr. Newton will be on the hook to the Golden State for
about $50,000 more in taxes this year. 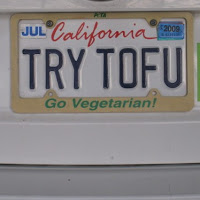 The result of all this will naturally be me leaving California and the mosque down the street to take up residence in another state that will tax me far less…where people will accuse me of californicating their nice neighborhood unless I take active measures to prevent it. Fortunately I’m familiar with the drill.

I get it. I know how it goes. We Californians can play our games too.  I’ll swap out my car’s license plates before I move in, or I’ll use one of a number of “cold plates” from previous occupational mandates that will demonstrate to the neighborhood that no, I’m not from California. I need not be shunned. Small children need not be ushered into the house when I drive past on the street. I am not the collectivist zombie that people will think I am based on the despised California license plate. I eat red meat – animal flesh – not tofu. I am carnivorous and proud of it.

I mentioned in this blog that when I visited Oregon, a friendly chief-of-police handed me cold (police) plates to put on my Toyota FJ while in Oregon so random people wouldn’t throw rocks – truly. I understand their hatred and malice. Any state that would charge somebody 172% of their income, no matter how wealthy the victim is, deserves your spite!

I had a problem in Cottonwood, AZ about three years ago while pumping gas that had to do with California license plates on my rig that ended in me pulling my .45 handgun and keeping it pointed down, but available to show that while I might look like a California pussy, I grew up in Arizona (among other Western States). They got the message, backed down and drove away.