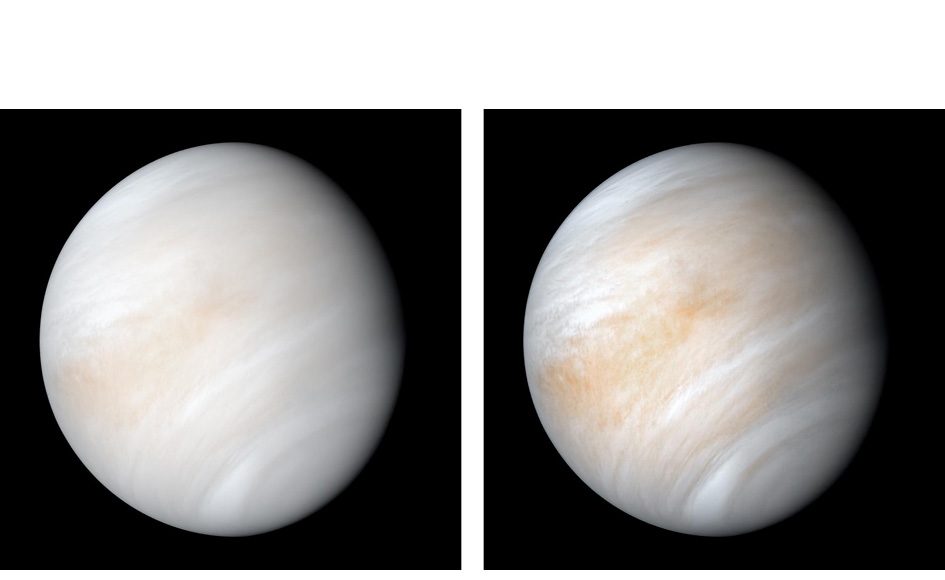 After much analysis, the scientists assert that something now alive is the only explanation for the chemical’s source.

The World Holds its Breath

(Daily Mail – UK) Scientists detected traces of phosphine gas that could be coming from MICROBES in clouds swirling high in the planet’s atmosphere. What does this mean?

Experts from the UK, however, found signs of phosphine in Venus’ atmosphere — suggesting the planet must support unknown chemical processes, or even life.

The second-closest planet to the Sun, Venus is inhospitable — with a surface temperature around 867°F (464°C) and pressure 92 times that of on the Earth.

The clouds are also highly acidic — meaning that the phosphine would be broken down very quickly and must therefore be being continually replenished.

(NYTimes) The researchers have cautioned, however, that life is only one possible explanation for the source of the phosphine — with further investigation needed.

NASA is presently considering two missions to Venus that propose to study the planet’s atmosphere and geochemistry — dubbed ‘DAVINCI’ and ‘VERITAS’.