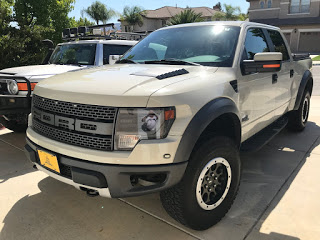 Facebook
Twitter
Pinterest
WhatsApp
One overarching thought for this blog post, and one that I’m always faced with is the concept of fairness. We teach the concept to children so that they will share toys and food and not pound each other to dust. Outside of that, there’s nothing that links the concept to the real world. The concept of treating others as you would have them treat you is a high and lofty goal for the clouds that is rarely present down here in the mud and the blood and the beer.

Planned failure has become a part of many modern automobile manufacturers design parameters. It makes money primarily for dealerships because they make most of their money in service and parts.

Is there a brand of automobile that doesn’t do this? Possibly Honda and Toyota and their luxury brands, Acura and Lexus (respectively).

I paid cash for the Raptor. I was serious about keeping it…forever or until I died, whichever came first, maintaining it as I do by replacing every part that even looked as if it might be worn.

Let me tell you MORE about my 2014 Ford Raptor, which just spent SEVEN DAYS at the dealership for the repair of a motor and an actuator that controls airflow in the cabin of the vehicle. Ford lists the repair as a six hour job in their book.

Before I move forward with the rant, I need to point out that I bought an extended factory warranty on the vehicle, so this is not about the repair costing me anything beyond the original outlay for ‘insurance’ at point of sale. The dealership’s rental department called me every day that my rig was in the shop, asking me if I wanted to rent a vehicle from them…not a loaner. I explained that I have several vehicles, over and over, and no, I did not need a rental.

The Raptor (a souped up Ford F-150 pick up) is Ford’s entry in the truck market for people who want a pick-up that drives like a Ferrari with premium off-road/rough road suspension. I bought the fourth year model of the Raptor because (a) I thought they had time to work the bugs out; (b) future models would not have a steel I-beam frame – they’d be aluminum unibody; (c) future models would have a 6 cyl engine with a supercharger, not the 6.2L V-8 that my rig has.
The Easter Egg
I have 35,000 miles on my four year old Raptor and it looks and smells like new. Even the tires look new. There I was, driving it from there to here and I noticed a sound accompanied by vibration when I turned up the A/C.

The service associate was as cynical as I was. I asked, “If this is such a common problem, why didn’t Ford fix it?”

He replied, “If Ford was interested in fixing things, why hasn’t it fixed the transmissions in the Ford Focus that implode at 75,000 miles?”

(see above) I pointed out that Honda and Toyota never to seem to have these problems, and used my Honda Accord as an example. He said, “See that guy over there? That’s the service manager. He drives an Accord. What does that tell you?”

The Raptor is living on my driveway on borrowed time. Eventually, and I am not sure when, I’ll sell it to a private party and then I’ll replace it with a Toyota Tundra pick up with a large V-8 engine and steel I-beam construction. The Trump Administration is trying to roll-back mileage mandatory on vehicles made and sold in the US and to allow smaller diesels into the market. (Imagine a Toyota HiLux making its way into the American market – almost a guaranteed 500K miles) That may bring about positive changes in manufacture, but I don’t trust Ford, Chevrolet or Chrysler not to screw me. This planned failure event underscored my concerns.