(Fox News) Charles Krauthammer said Monday on “Special Report with Bret Baier” that since President Obama is frequently changing the rules of ObamaCare on a whim, the law “exists in his head.”

“You look at the stack of the papers and all the bills and all the legislation and the regulation, but in fact nobody has any idea what the law is,” Krauthammer, a syndicated columnist and Fox News contributor, said. “It changes at the whim of the president every Wednesday morning. So there really is no bill. It exists in his head.”

I stopped keeping track of the changes to ObamaCare because I don’t think that it matters. The law is so toxic that Barack Obama has to keep changing it by edict every time it begins to effect some group of people. The roll-back dates – two years at a time, to avoid the consequences that implementation will have on elections – means that nobody thinks that they have to enroll in the mandatory insurance program. 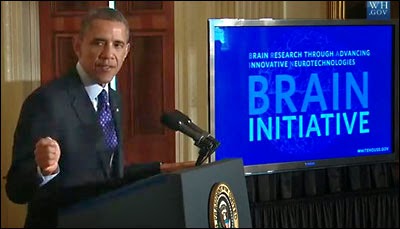 I think that Charles Krauthammer is correct. The only place that ObamaCare exists is within the president’s head. And it will remain in his head until he’s out of office. Then it will be repealed.

(Fox News) The busted ObamaCare websites cost a lot of people a lot of time. But for one Nevada man, problems with the state insurance exchange reportedly cost him $407,000.

The Las Vegas Review-Journal reported that Larry Basich, a 62-year-old Vegas resident, has been stuck with the massive medical bill despite signing up for an insurance plan via the state exchange last fall.

Basich, according to the article, selected a UnitedHealthcare plan in November, and even paid his first premium. But he never received confirmation that he was enrolled, despite being assured that he was by Nevada Health Link.

Victim/Basich’s Senator is Harry Reid (D-NV). I’m sure that Harry believes that his constituent is lying.