It Wasn’t Much of a Whorehouse 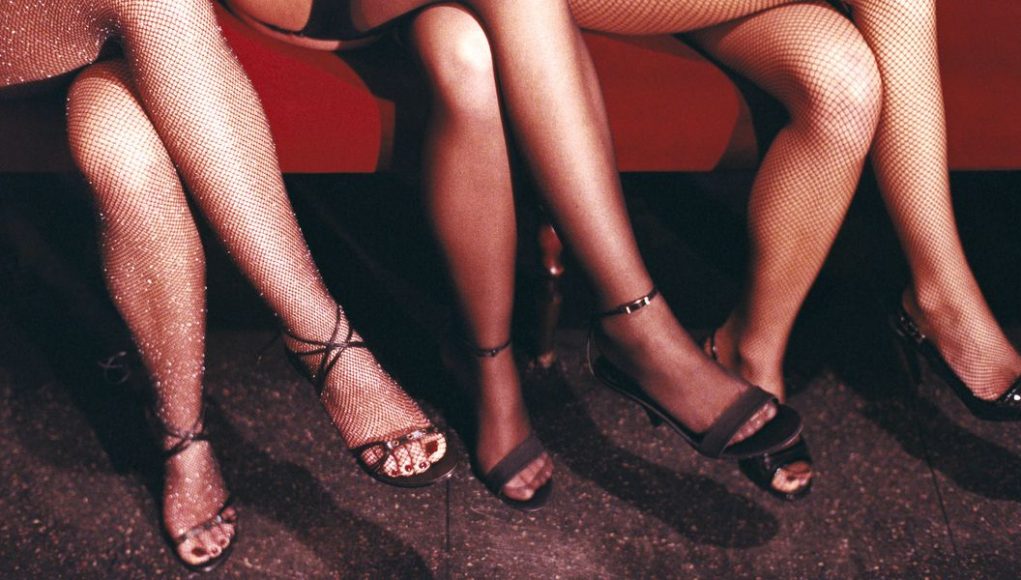 It wasn’t much of a whorehouse. The one-room shanty at the end of Eighth Street serviced what few men were left working at the mill. On payday, all three beds were busy and the girls came in shifts. On other days, there was usually at least one girl there to take pick-up business as it may present itself.

Rusty knocked on the door and nobody answered. He twisted the knob and pushed, but the door had been barred. He walked around to the side of the building and stood on a box to get a view through the only window. A grimy, brown patina, the color of Texas dust, fogged the window. He could see the three beds, tangled with filthy sheets. The bed closest to the window had sheets bound and twisted over a small bundle, curled onto one side. A shock of flaming hair twisted from one end of the sheets. He stood and watched the bundle rise and fall. Behind her, dim through the glass and unlighted, a Christmas tree stood, crooked, mounted on two pieced of crossed lath. It wasn’t a pine, just a branch of a tree with some tinsel on it.

“Missy!” He tapped on the glass.

The bedding shifted slightly and a single blue eye turned to the window, opened, and blinked. The eye was surrounded by a bruise, and it regarded him indifferently. A small hand brushed the hair away from the other eye, and then the head turned away from him and tucked itself into gray, mildewed sheets.

“They’re closed, Rusty.” The voice came from behind him and he knew it immediately. Deputy Sinclair’s bass voice.

Rusty turned. Sinclair stood on the wooden stoop, looking up at him, in much the same way as a hawk would. Dispassionate, eyes split by a beak of a nose. When Sinclair moved, his movements reminded Rusty of the cylinder of a revolver turning. Deliberate, calculated, as if Sinclair’s entire life had been orchestrated in advance with a minimum of movement, the same way as a hawk rolled its head without moving the rest of its body.  Sinclair had a reputation for working as a peace officer in cattle towns decades earlier. He may not have been the fastest with a pistol, but he hit his target with disturbing accuracy when he had to fire.

There wasn’t much call for gunplay in Goliad. Not much money, the mill was on its last legs, and there were cattle but the bottom dropped out of the market.  And in the world of deputies, it was the last stop for those who had been washed up by women or booze or had been brushed with the tar of corruption once too often.

“I understand you wanting to be a peeping tom, Rusty, but the girls don’t like it because they don’t make no money from it.”

“Step down off that box and skedaddle down the street, before I tell your step-mama what you’ve been up to.”

Stepping down the street, Rusty started down the boardwalk and felt Deputy Sinclair’s boot hit his britches.

Rusty ran down the street and around the corner, past the dry goods store, and then he stopped and sat down. The kick in his seat didn’t hurt him. It wasn’t about that. He felt humiliated. The law tended to do that to him. If he drank Pa’s homebrew and got a little joyful, there was one of the deputies, to grab him and lock him up until his mother came to the jail to take ownership, and haul him home to his father’s justice.

Now there was Missy. Beat up – again, there in that house that the reverend cautioned the God-fearing folks about. Satan’s crib, he called it.

“Hello, Rusty.” He knew that voice too, Clara, one of the whores. She’d come all the way from New Orleans to their dusty Texas county. The girls lived together in a house in Fannin, about ten miles away. They’d ride together into Goliad when things were slow in Fannin, which had been a mystery to Rusty. Nothing happened in Fannin since the battle of Coleto Creek, sixty years before, during the Texas War for Independence. Fannin surrendered to General Santa Ana, in much the way that he’d surrendered to Deputy Sinclair, and the Mexican general then kicked his ass as Sinclair had kicked Rusty’s.

“Hello, Clara.” There were four girls, Clara was the fattest, and the one with the best business sense. She didn’t exactly tell the girls what to do, but she made suggestions that they seemed to follow.

“I went by the livery and your father wasn’t there.”

“You in the market for refreshment, Clara?”

“Not me, Rusty, but our gentleman callers like to wet their whistles when they come to  visit.”

“Ok, I’ll get it for you, follow me.” Rusty walked to the livery and Clara walked with him, with the women of the town looking on. “Why do you live so far away, Clara?”

“It suits the town that we are not close underfoot.”

“What happened to Missy?”

“It was that deputy again, Sinclair. He likes to beat women. He killed two women in Amarillo and the judge called it self-defense, except the ladies, were not armed. He’s fast with that pistol and they died in the bed where they’d been entertaining them.

They say that Deputy Sinclair died on Christmas morning. A ten-gauge shotgun loaded with shot, nails, and chunks of a horseshoe can cut a man in half if both barrels discharge at the same time. They didn’t find either half of him for two days, figuring he might be sleeping off a bender.

Rusty and his sister, Missy left town after the New Year. Some say they settled in Hillsboro.