The Pakistani Directorate for Inter-Service Intelligence (ISI) virtually created the Taliban as a vehicle to remove six million displaced Pathans who were living in the North West Frontier Province of Pakistan back into Afghanistan. They had been a drain on Pakistan since the Russians/Soviets displaced them when they invaded Afghanistan. The ISI thought, correctly as it turned out, that by deposing the ethnic Tadjik government then in power and replacing it with an ethnic Pathan government that they’d end up with greater control over Afghanistan and the oil and gas pipelines then being constructed through Afghanistan (to India). They made this happen mid-1990’s by creating a “holy war” where the Pathan Students (talib=student) from radical Islamic schools would spearhead the effort to take back Afghanistan. The students became ISI’s cat’s paw.

In order to make this happen, the “students/Taliban” would need a lot of military help, which ISI would provide to include artillery, advisors, and to a lesser degree, aircraft. It was an open secret then and the US Government decided not to do anything one way or the other. The Russians left Afghanistan and when they did, US interest in the area died with it. We shrugged and ISI went to work. Osama Bin Laden (recent photo left) arrived earlier with Saudi money and the Pathans and ISI more or less ignored him. He wasn’t a Taliban. His Wahhabist faith was Islamic, but not even close to their radical and fundamental view of how Islam worked. The Taliban tolerated him though because he preached fundamentalist doctrine and that was ok with them. He also brought Saudi Red Crescent Society (Islamic Red Cross) money and his own money — a lot of it. 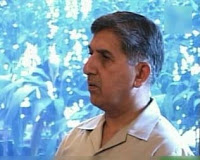 The government of Pakistan therefore created, directed, developed and maintained the TALIBAN. I don’t think that there’s any dispute on that account. Yes, they are our “allies” in the fight against the Taliban. ISI Chief Ahmad Shuja Pasha (right) and his organization had a vested interest in taking care of Osama Bin Laden. As long as the Taliban and Bin Laden kept up the war, the United States of America would continue to pump billions of dollars a year into the Military Government of Pakistan. (LINK), much of which ended up in ISI coffers. (U.S. Government has given Pakistan $18 billion since 9/11)

Those who follow politics in the Asian Subcontinent understand what I’ve laid out in brief and nobody is shocked or surprised that the US located OBL in an Islamabad suburb, protected and safe — sorta. The US Senators who’ve been big proponents of heavy aid to Pakistan included John Kerry, (D-MA), Chairman of the Senate Foreign Relations Committee. Sen. Kerry (left) has all of the information that I’ve submitted above – but in far greater detail. Despite that intelligence, Chairman Kerry co-authored the Enhanced Partnership with Pakistan Act, also known as Kerry-Lugar-Berman (KLB), which triples non-military foreign assistance to Pakistan to $1.5 billion per year over the next five years. KLB was designed to signal the United States’ long-term strategic engagement with the people of Pakistan. (LINK) A trained chimp would have understood the relationship between Pakistan and OBL and their financial imperative to keep that money tap flowing and Senator Kerry received cautionary warnings but chose to ignore them. Senator Kerry is a member of the Council on Foreign Relations, which issued a report (LINK) claiming correctly that Pakistan was the nexus for the most recent generation of Islamic terrorists. What the CFR failed to do was to make the linkage between Pakistan, the Taliban and OBL in a way that framed the argument correctly. Senator Kerry understood the way in which the argument should have been framed because he received that information — but he chose to ignore it. (why?)
###