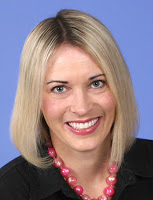 Facebook
Twitter
Pinterest
WhatsApp
It’s possibly somewhere short of being illegal but the Iowa Supreme Court holds that you can be fired for it — and it portends badly for people (like me) who are irresistible.

(Published December 22, 2012 — Associated Press) The Iowa Supreme Court says a dentist did not commit gender discrimination when he fired an attractive female assistant he viewed as a threat to his marriage. The court ruled Friday that a boss can fire an employee he considers an “irresistible attraction,” even if the employee has done nothing wrong.

Justices rejected a discrimination lawsuit filed by Melissa Nelson, who was fired by Fort Dodge dentist James Knight in 2010. Nelson had worked in Knight’s office for 10 years. She and Knight eventually started texting outside work about personal matters. Knight’s wife, who also worked at the office, found out and demanded Nelson’s firing.

This may be why 44 year old former Olympic Runner, Suzy Hamilton (left and above right) became a prostitute. There was simply no other option to her. (The Smoking Gun) Based on the article in The Smoking Gun, which was picked up by other news organizations, her husband, Mark Favor, was aware that she has been a high priced call girl for the past year, working major cities in America for $600 per hour.
What kind of a world is it where the beautiful can be fired for being themselves? A life of crime, selling your body would seem to be the only way out of this hell. You can find the photos Suzy Favor Hamilton posted on her escort website (HERE). After she was “outed”, Suzy Hamilton was forced from her job as a prostitute — so even that line of work would seem to elude her, though she reportedly made a good living that her husband shared by way of proceeds that went toward lifestyle.
What’s left for irresistible men and women who need to earn a living now that a state supreme court ruled against us? It would seem that the Suzy Hamilton precedent is in play — in that being a high priced hooker is beyond our grasp? Is “professional blogger” the only way out for  — us?