Is Gadhafi on the Ropes? 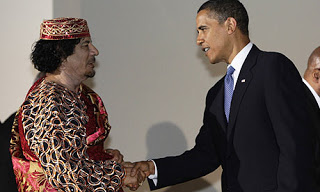 Facebook
Twitter
Pinterest
WhatsApp
Al Jazeera reports that Libyan leader Moammar Gadhafi has ordered the Libyan air force to fire on military installations in Libya. The BBC has also confirmed that air force fighter aircraft have opened fire on crowds of protesters.  Similar reports of the Libyan navy firing on targets onshore also are emerging, as well as reports that Gadhafi has given execution orders to soldiers who have refused to fire on Libyan protesters.

Photo Courtesy UK Guardian
As one of the latest dictatorships in Egypt to feel the wrath of the people that they’ve been oppressing, I can’t help but feel that President Obama will once again dither in formulating an opinion on the matter. On one side, he’s been very friendly with the Libyan strongman since taking office. On the other, the American people feel that toppling the virulently anti-American dictator might be a good thing.
One wonders whether the slaughter of many thousands of Gadhafi’s countrymen will backfire for him (the way it has elsewhere) or not. Will Gadhafi’s head end up on a pike, will he be hung by the neck (or the heels) from a light pole, or will he continue on as dictator-for-life? 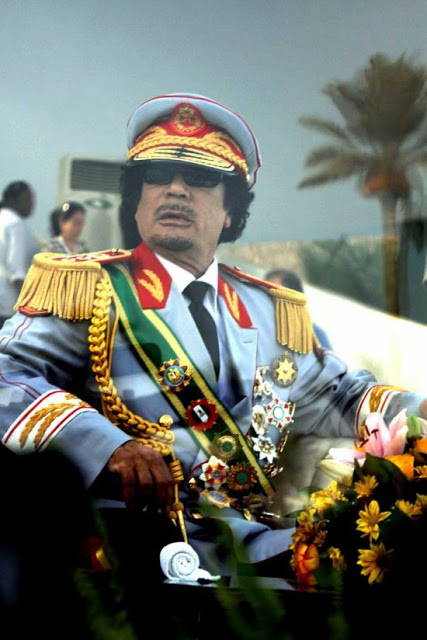