Into the Valley of Death (film review) 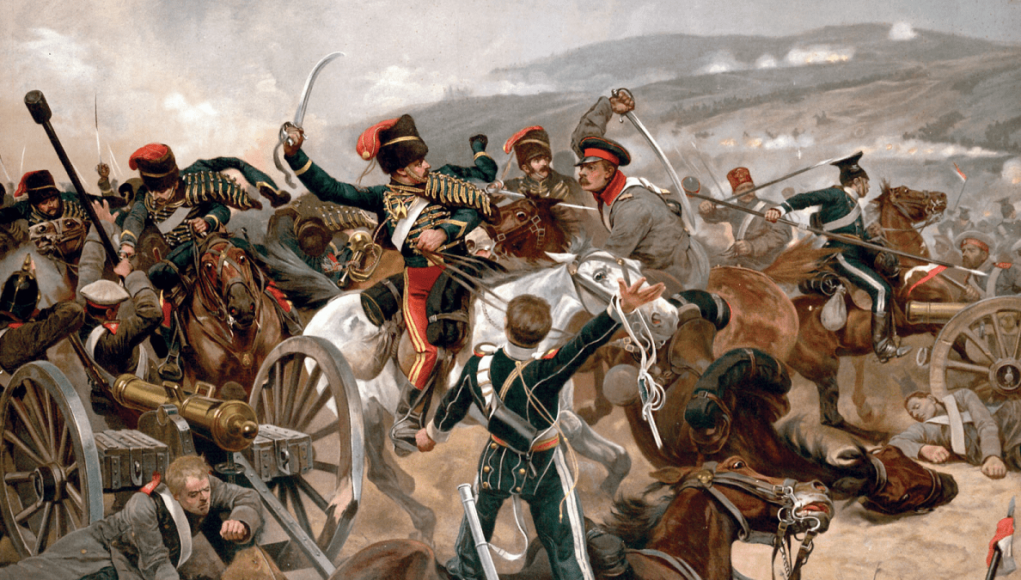 “The brigade will advance.” 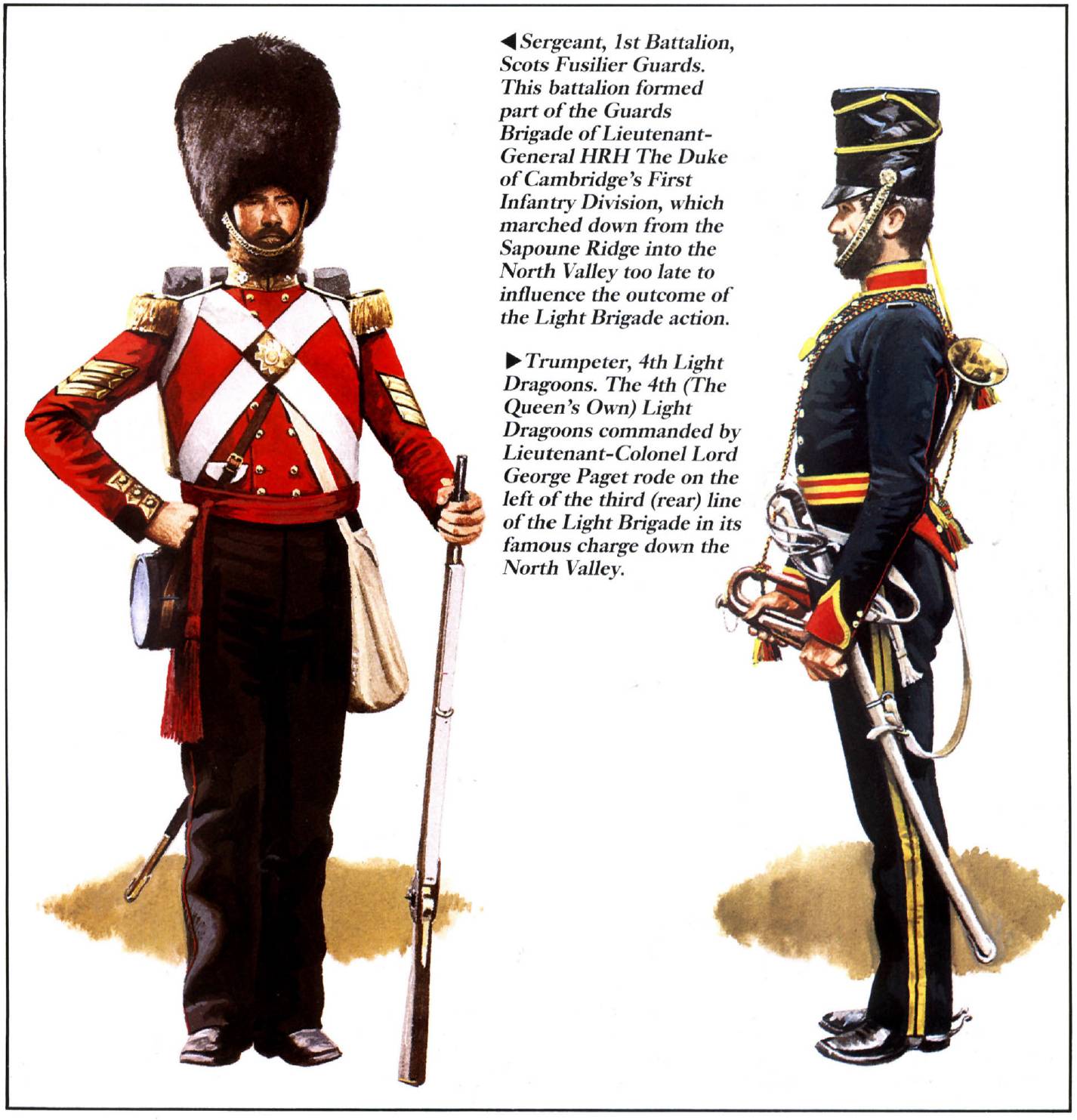 The film, “Charge of the Light Brigade” (1968) struck me as being a lot closer to a genuine depiction of the events leading up to the epic charge, made immortal by Tennyson, than other productions.

The film is about the folly of war, and the poor state of the British Army and its leadership during the Crimean War (1853–1856). Britain had not fought in a European theatre since the Battle of Waterloo in 1815, and the army had become sclerotic and bound by bureaucracy. Tactical and logistical methodology had not advanced in forty years, and the whole ethos of the army was bound in outmoded social values.

The anti-hero is a relatively competent officer, Captain Louis Nolan (David Hemmings). A veteran of the British Indian Army, Nolan is unusual in the hierarchy of his day both for having combat experience and for having acquired his commission through merited promotion as opposed to purchase. As such he regards many of his colleagues, who are mostly aristocratic dilettantes casual about squandering their subordinates’ lives, with contempt. 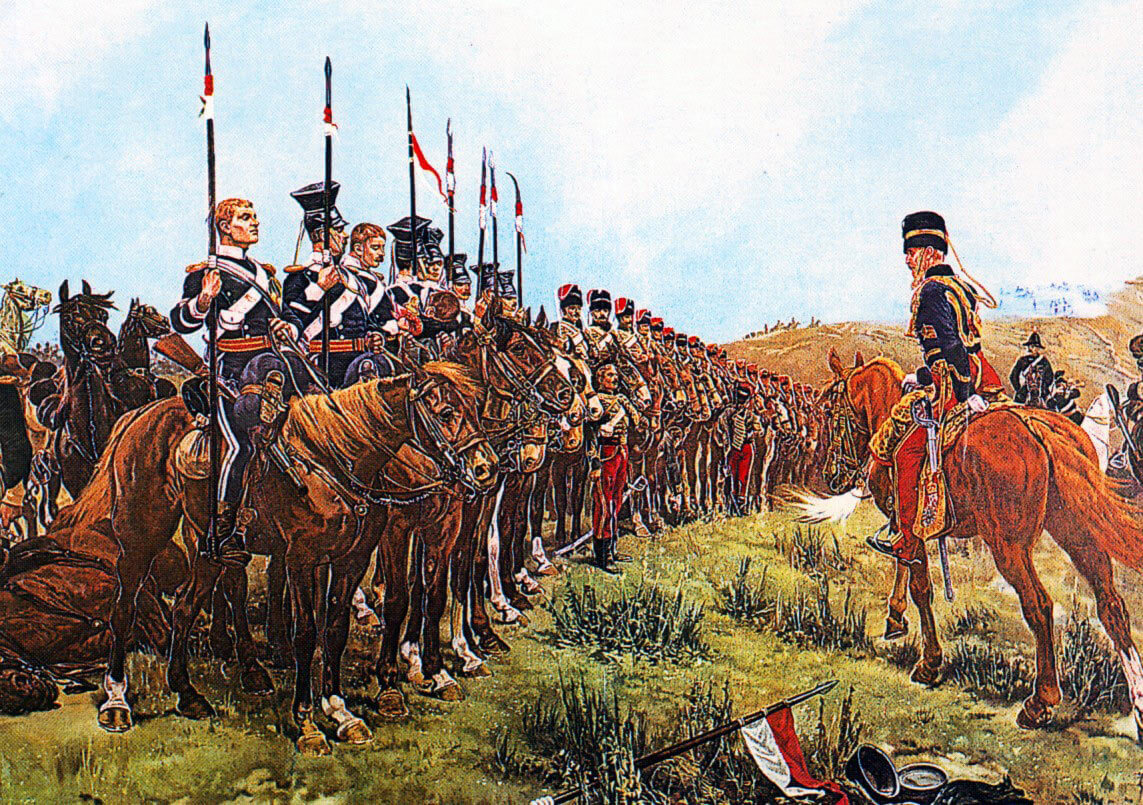 The film incorrectly portrays its protagonist Captain Nolan at the center of the ‘black bottle’ affair, when Moselle wine was ordered for a guest rather than the champagne that Lord Cardigan had required. The wine was served in a black bottle, causing Cardigan to assume that the officers were consuming beer, a drink for enlisted men. The officer actually concerned was Captain John Reynolds. It became quite a flap. The uniforms in the film varied slightly from those worn on campaign too. But all in all, it may be said to be a fair representation of events.

The film’s depiction of the Battle of Balaclava shows the initial Russian attack on the redoubts and of course the Charge of the Light Brigade, but elides both the stand of the 93rd Sutherland Highlanders (the “Thin Red Line”) and the Charge of the Heavy Brigade. According to director Tony Richardson, the Heavy Brigade scene was filmed but later cut at the studio’s behest. 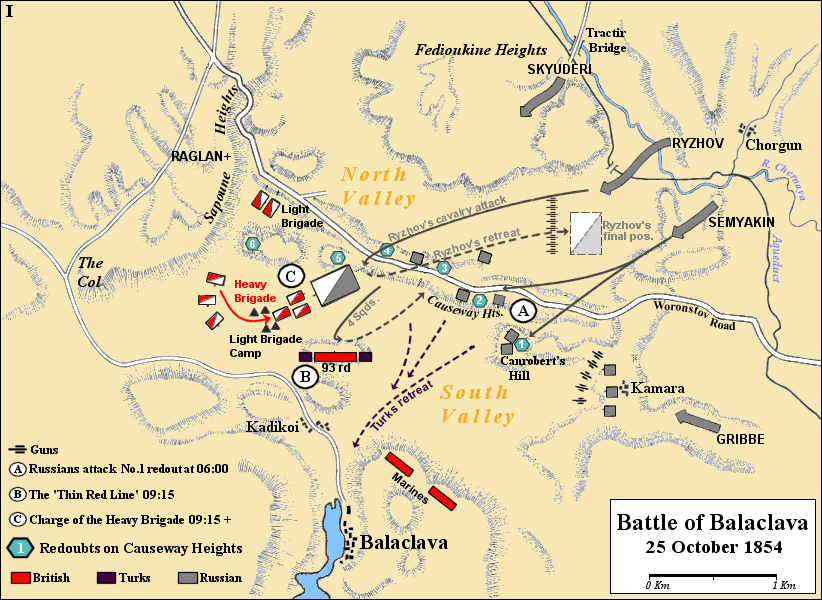 10:45. “Lord Raglan wishes the cavalry to advance rapidly to the front – follow the enemy and try to prevent the enemy carrying away the (captured British) guns – Troop Horse Artillery may accompany – French cavalry is on your left. R Airey. Immediate.”

Having read the order scribbled down by Airey, Raglan summoned Captain Louis Nolan of the 15th The King’s Hussars, Airey’s hot-tempered aide-de-camp, to deliver it to Lucan. As he turned his horse to head directly down the escarpment, Raglan called after him, “Tell Lord Lucan the cavalry is to attack immediately.”

Lucan rode over to Cardigan standing in front of his brigade. Both cavalry commanders knew the dangers of attacking down the valley. When Cardigan learned what was expected of his brigade, he questioned the sanity of the order as conveyed to him by Lucan: “… allow me to point out to you that there is a battery in front, battery on each flank, and the ground is covered with Russian riflemen.”

The Light Brigade had formed up in two lines. The 13th Light Dragoons, the 17th Lancers, and the 11th Hussars, formed the first line (the latter regiment was soon moved behind the Lancers to reduce the width of the front). Paget commanded the second line formed by the 4th Light Dragoons and the 8th Hussars. Once the brigade had moved off, Lucan would (according to the plan) follow with the Heavy Brigade in support.

At 11:10 the Light Brigade began their advance towards the Russians guns over a mile (~ 2 km) away. When the first line was clear of the second, the order was given to ‘Trot’. Initially there was nothing to indicate that Cardigan was not going to conform to Raglan’s intentions, and it was only after he had travelled some 200 yards (~180 m) that the enormity of the misconstrued order became apparent to the spectators on the Sapouné Heights. Instead of inclining to the right towards the redoubts on the Causeway Heights and the captured British guns, the Light Brigade continued towards Obolensky’s battery at the end of the valley but it was too late to do anything. Nolan was the first to be killed when he dashed forward ahead of Cardigan, either in an effort to force the pace, or, suddenly realizing the terrible mistake that was being made (and his part in it), in an attempt to change the direction of the brigade towards Raglan’s intended objective. Whatever the reason, Nolan was hit by a splinter from a shell fired from one of the guns positioned on the Fedioukine Heights.

When the proper interval between themselves and the Lights had developed, Lucan led the Heavy Brigade forward. The Heavies were also hit—Lucan himself was slightly wounded, and his horse hit twice – but these men would have suffered more casualties had it not been for the charge of the 150 men of the Chasseurs d’Afrique. The French cavalry had formed up to the left of the British position. When they had seen the Light Brigade cut up, Major Abdelal led an attack up the Fedioukine Heights to charge the flank of the Russian battery, forcing them to drag away their guns.

Lord Lucan, wounded – concluding that the Light Brigade would be wiped out before they reached the Russians at the end of the valley – ordered the Heavy Brigade to halt their advance and retire, leaving Cardigan’s men without support. Turning to Lord Paulet, he justified his action and his desire to preserve at least half of his cavalry division, “They have sacrificed the Light Brigade; they shall not have the Heavy, if I can help it.”

At 11:15, the eight Russian guns on the Causeway Heights opened up on the Light Brigade, whose front line was now more than halfway down the valley; for the next 400 yards (~365 m) the men also came under fire from the guns to their front. At a distance of 250 yards (~ 230 m) from Obolensky’s battery, Cardigan ordered his bugler to sound the ‘Gallop’. “And so we went through this scene of carnage,” reported Paget, “wondering each moment which would be our last … It required a deal of closing in, by this time, to fill up the vacant gaps.” Cardigan now ordered the ‘Charge’. Some amongst the gun crews now doubted they could stop the advance – they could now see the lowered lances of the 17th Lancers. Having fired their last shot of canister some of the Russian artillerymen turned to run; others, knowing the consequences of turning their backs on cavalry, drew their swords.

At 11:17, half of the original 250 men of the 17th and 13th reached Obolensky’s battery. Some of the survivors fought with the Russians and tried to capture their guns; others reformed into small groups and prepared to charge the Russian cavalry standing 100 yards (~90 m) to the rear. Ryzhov had expected to mop up any Light Brigade survivors but his hussars and Cossacks, unnerved by the British horsemen, panicked and wheeled to escape. “Some of the men fired on their own comrades to clear a passage for themselves,” wrote Lieutenant Kubitovich. “Our hussars were pressed as far as the Chernaya river where there was only one bridge by which they could escape.”

The 11th Hussars now joined the mêlée. Colonel Douglass, with 80 survivors, charged and pushed other Russian cavalry back to the Chernaya. Paget’s 4th Light Dragoons were next to reach the line of cannon, engaging in some ‘fierce hand-to-hand encounters’ with the surviving gunners, before he too led his regiment after the fleeing Russians. Last to reach the objective were Colonel Shewell and the 8th Hussars. The regiment missed the battery altogether, except for few on the extreme left who went amongst the remaining artillerymen stubbornly resisting; but the bulk of the regiment halted behind the guns and formed up in line.

All the survivors of the Light Brigade were now behind the Russian guns in the valley, yet the turning point of the action was the realization that Lucan and the Heavy Brigade was not following in support.

Russian officers, noticing how vastly superior their numbers were, managed to halt their retreat near the Chernaya, and edge forward their men. The Russian lancer regiments waiting on heights were now ordered down into the valley to form a line behind the British (the 13th, 17th, and 8th on the right of the valley, the 11th and 4th on the left) and block their route of escape. Those watching with Raglan thought the Light Brigade completely lost, but unexpectedly the two groups of survivors managed to break through the Russian trap. Still far from the British line, however, they once again came under fire from the guns and marksmen on the Causeway Heights. “The truth must be told,” recorded Lieutenant Koribut Kubitovich, “that this fire hit us just as it did the enemy,” but admitted that, “The English fought with astounding bravery, and when we approached their dismounted and wounded men, even these refused to surrender and continued to fight till the ground was soaked with their blood.”

Most of the survivors were back at the British lines by 12:00; the whole affair had lasted no more than 20 minutes.

Of the 666 men known to have ridden in the charge (sources vary slightly), 271 became casualties: 110 killed (less than 17%), 129 wounded, plus another 32 wounded and taken prisoner. Additionally, 375 horses were killed.