Facebook
Twitter
Pinterest
WhatsApp
The Mouse that Roared (North Korea)
The language that the North Koreans use is always entertaining. It could be a skit on Saturday Night Live or some other comedy show, but the Norks take themselves very seriously.  It’s a pity that nobody else feels the same way about them…the mouse that roared.

A spokesman for the General Staff of the Korean People’s Army (KPA) issued a statement on 22 September, which the Korean Central News Agency (KCNA) published. They’re upset because the US keeps flying B-1B’s over North Korean territory. The statement said that:

“The US imperialists and the south Korean puppet war mongers’ anti-Democratic People’s Republic of Korea (DPRK) military provocations have pushed the situation on the Korean peninsula to the uncontrollable and irreversible phase of the outbreak of a nuclear war.”

“The final target of the racket for military pressure on the DPRK being kicked up by the US and the puppet group of traitors is the “regime change in the north” through the “removal” of the supreme leadership of the DPRK.”

“It noted that upon authorization, the General Staff of the KPA clarified the principled stand to take a military counteraction of the Korean revolutionary armed forces: Robber-like US imperialists and the Park Geun Hye group of traitors should not forget even a moment that our revolutionary armed forces are ready to fight a decisive battle to thoroughly foil the reckless military moves for carrying out their ‘scenario for making a preemptive strike at the north.’…”

“The DPRK’s access to the treasured nuclear sword is aimed to foil the adventurous nuclear war racket of the US imperialists who have ceaselessly resorted to nuclear threats and blackmail against the DPRK for the last several decades.”

“The nuclear warheads fired by the KPA as punishment will completely reduce to ashes Seoul, the center of confrontation with compatriots where Chongwadae (the South Korean Office of the President) is located and reactionary ruling machines are concentrated.”

“The US imperialist aggressor forces should face up to the reality on this land. Should they escalate the danger of military provocations by letting B-1Bs fly over the air of Korea, the KPA will sweep Guam, the base of provocations, from the surface of the earth”

This statement is a triple play reaction to the US bomber overflight; the South Korean statement about preparing for a preemptive attack on North Korea; and the South Korean statement that the South has a plan to eliminate the North Korean leadership.
The language about sweeping Guam from the surface of the earth means that the North Korean leaders now have confidence that they have a missile that can reach Guam. The tests of the Musudan/BM 25 ballistic missile in June lend credibility to the North Korean threat.
The notion that the outbreak of a nuclear war is uncontrollable and irreversible is belied by the facts of the situation, but is dangerous thinking. The mismatch is an incongruity. An incongruity occurs when a statement or situation report does not reflect the actual facts accurately. Propaganda incongruities require special attention because they tend to expose a fatalistic attitude about the threat of great harm. That makes them potential indicators of a crisis.
Various analysts put different weight over what the Norks are putting out. The Chinese are sitting on the sidelines hanging onto an unpredictable tiger by the tail. North Korea is the Chinese creature, but they don’t behave themselves, and it vexes the Chinese — but not enough to cut off the food and fuel supply to North Korea.
Barack’s Banter (Syria)

When Barack takes the podium and preaches on CNN and MSNBC, he talks about how he is winning the war in Syria. He’s such a pathetic fraud. I know that he’s our president, but he embarrasses the US in front of the world as he tries to school everyone. He comes out looking like the emperor who had no clothes.
The Syrian Arab Army announced the start of a new military offensive in the rebel-held eastern regions of Aleppo. State media quoted the Army’s headquarters in Aleppo as urging civilians in eastern parts of the city to avoid areas where “terrorists” were located and saying it had prepared exit points for those who wanted to flee, including rebels.
The Syrian Observatory for Human Rights reported a spike in Russian and Syrian air attacks against eastern Aleppo. At least 14 civilians died in the attacks.
Russian Foreign Minister Lavrov said on 22 September that Russia still honors the cessation of hostilities agreement reached with the US. Its operations are “against terrorists who are not covered by the agreement”, the Russians said.
The continuation of the civil war in the north at this stage seems to depend on which side gains complete control of Aleppo. The government capture of Aleppo would effectively destroy the rebel movement in northern Syria. The Government would then only face the Turks and their proxies, the Islamic State and the Syrian Kurds and their allies.
The intensified air attacks probably are the prelude to a ground surge against limited targets that tighten the siege of eastern Aleppo.
__________ 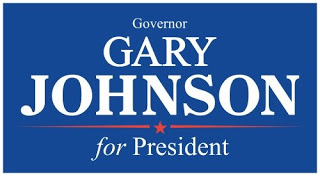 You may recall that Libertarian Party Candidate Garry Johnson had never heard of Aleppo. He needs to read this blog or hire somebody to coach him on international affairs. Maybe if he stopped eating his C. Sativa brownies for a few days he’d be clear headed enough to gather his thoughts. I’d talk about Johnson’s low IQ, but — when compared with Hillary’s rampant corruption even a “low information candidate” looks pretty good.
He claimed to have stopped smoking dope at the beginning of Summer so as to be a more credible candidate.  I’m not so sure that he’s good to his word.