Low IQ Louisiana resident, Tessica Brown became internet famous this week when she ran out of hairspray and made the extremely poor decision to use Gorilla Glue spray adhesive to style her hair instead of her normal product. Because the internet is such a strange and ridiculous place, Brown’s Instagram post about her hair debacle generated millions of interactions. 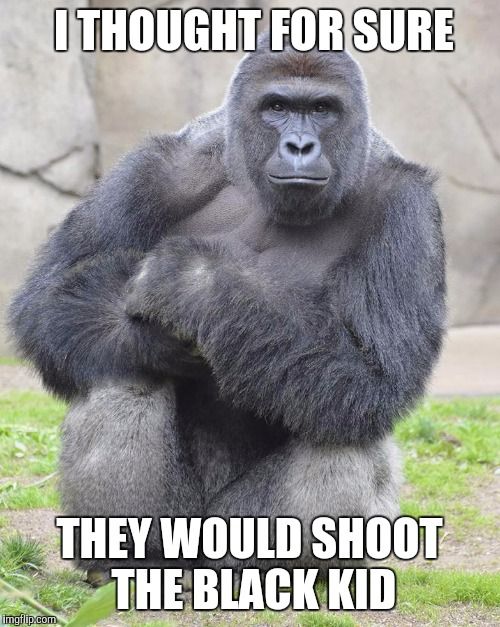 Despite Brown’s mistake being entirely her fault, good people on the internet reached out to help her and humanity showed its good side — briefly. While the help and kindness dwindled, however, the conversation devolved into arguments over her incident — which she solely did on her own — as an act of racism.

The Gorilla Glue debacle then transitioned from an act of racism into an act of litigation as lawyers likely convinced Brown to sue the company. Even though Brown didn’t buy the Gorilla Glue on the beauty supply aisle, legal action is being taken against the company for Brown’s decision to use it in her hair — despite clear warnings.

Despite the bottle clearly warning people not to get it on their eyes, skin, or clothing, because the label says “multi use” and doesn’t explicitly mention “hair,” the vulture class ambulance chasers convinced Brown she has a case against the Gorilla company.

Even forks will now have to come with explicit warnings that say don’t ram into your eye. Common sense, in 2021, is dead. (Large Marge, you seemed hopeful that 2021 would be better. There is no indication that it will be the case.

New Legislation Allows Tech Companies to Create Their Own Governments

Nevada Democratic Gov. Steve Sisolak announced a plan to launch so-called Innovation Zones in Nevada to jumpstart the state’s economy by attracting technology firms. Essentially, if your corporation has enough money, it could soon be its own government, on its own land, with its own laws, thanks to this legislation out of Nevada.

Sisolak announced plans for these Innovation Zones in January, but this week we have more details.

According to a draft of the proposed legislation Innovation Zones would allow tech companies like Blockchains, LLC to effectively form separate local governments in Nevada, governments that would carry the same authority as a county, including the ability to impose taxes, form school districts and justice courts and provide government services, to name a few duties.

Since we know that the Constitution hold little sway and the Supreme Court has been neutered, they may pass this into law. All it takes is enough money.

HR127, known as the Sabika Sheikh Firearm Licensing and Registration Act introduced by Rep. Jackson Lee, Sheila (D-TX-18), is, without a doubt, the most tyrannical gun control bill ever proposed. As with all firearms control measures currently being considered, its massive scope would also turn hundreds of millions of legal, law abiding gun owners into felons overnight.

The bill, if passed, would force citizens to pay $800 per year to the government just to own a gun. It also bans magazines that hold over 10 rounds. It also creates a public database of gun ownership which paves the way for big tech and woke cults to target their political rivals.

In March, the Supreme Court will hear the case of Caniglia v. Strom, which asks the question of whether a legal exception to the Fourth Amendment which allows law enforcement to search cars without a warrant requirement extends to the home.

The case has been making its way through the courts, with the courts ruling in favor of warrantless searches. The federal court just below the Supreme Court, the 1st Circuit Court of Appeals ruled that the police may warrantlessly search your home and take your guns because they need “elbow room” to provide safety.

“At its core, the community caretaking doctrine is designed to give police elbow room to take appropriate action when unforeseen circumstances present some transient hazard that requires immediate attention. Understanding the core purpose of the doctrine leads inexorably to the conclusion that it should not be limited to the motor vehicle context. Threats to individual and community safety are not confined to the highways,” the court wrote.

Will the police be able to use it to, for example, conduct warrantless searches of political protesters’ homes to make sure they aren’t planning on violent behavior at their next political rally?

We have already seen tech giants like Facebook hand over the private messages of those who talked about the events of January 6. If this ruling is upheld, it could pave the way for cops to raid the homes of those who engage in peaceful discourse based solely on the premise that violence might happen. 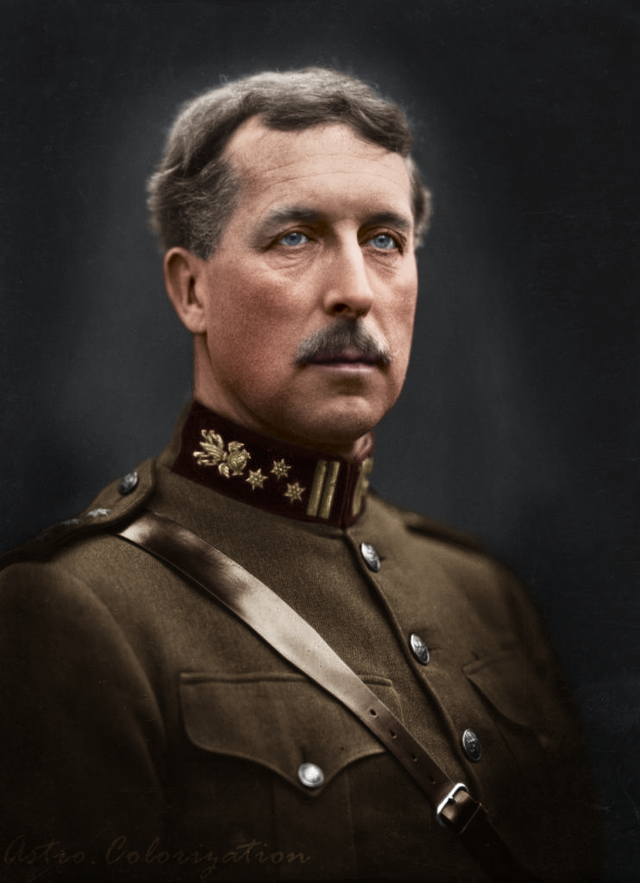 (above) Albert I of Belgium, king of Belgium from 1909 -1934, known as the Soldier King, due to his role in WWI. By WW2, the depleted gene pool of Belgium warriors became obvious. 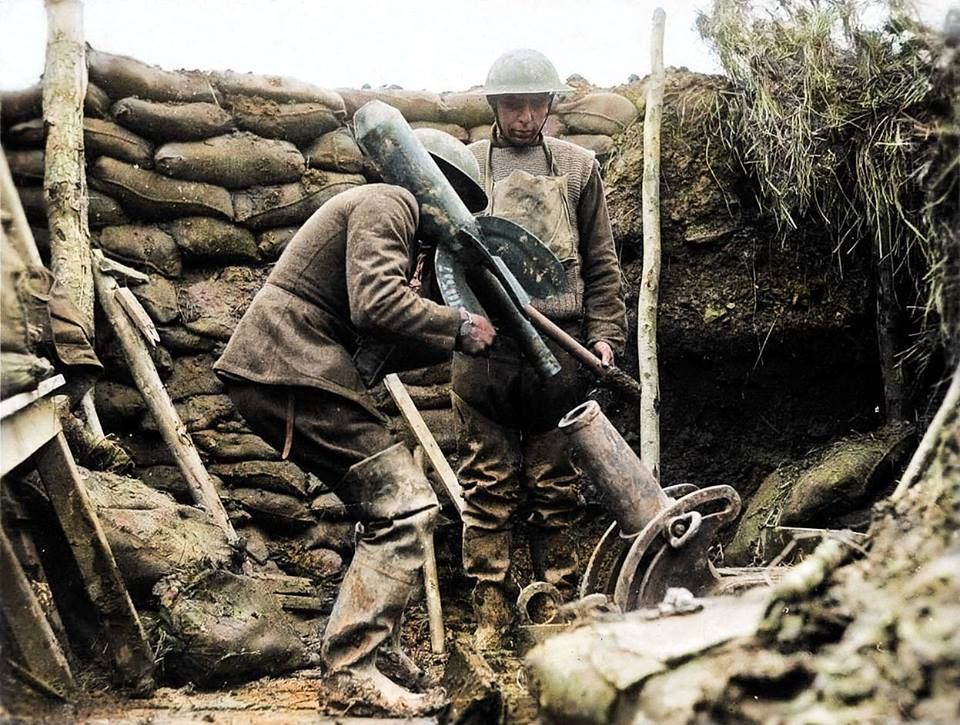 U.S. soldiers of the Maryland’s 117th Trench Mortar Battery, 67th Artillery Brigade, 42nd Infantry Division loads in a shell on a 58mm French trench mortar in order to keep up fire against German positions in Badonviller, France. March 4, 1918. The Great War (War to End ALL Wars) was as transformative for warfare as the Second World War was, a generation later. People forget about the trench mortar because you didn’t see them in the Second World War, but they were effective in augmenting standard tube artillery.

Your standard civilian market Colt M4 Carbine made unique by the very rare and limited production run M203 Grenade Launcher from Colt. In this case it isn’t really a grenade launcher because it has a smooth bore 37mm barrel for launching flares. 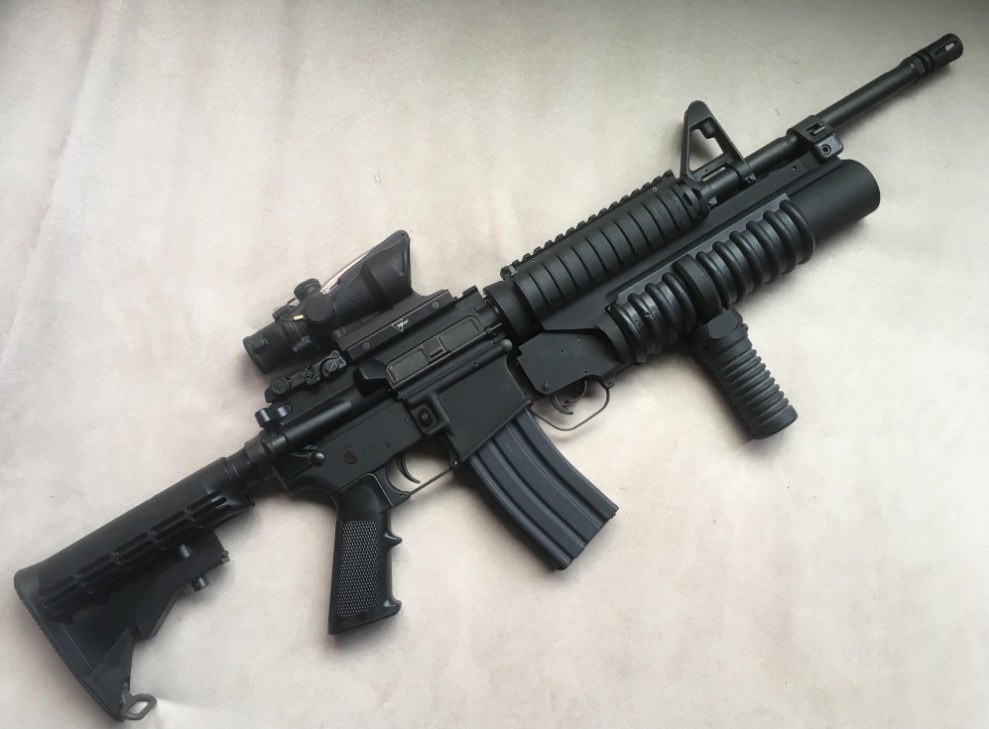 A genuine 40mm grenade launcher barrel can be installed but requires NFA paperwork since it turns the flare launcher into a Destructive Device. Colt only produced 300 of these M203′s for the civilian market and they sold out almost instantly, but are showing up for resale at absurd prices. LMT makes their own M203 flare launchers but for the collector and purists, the Colt M203′s will hold a higher value longer. 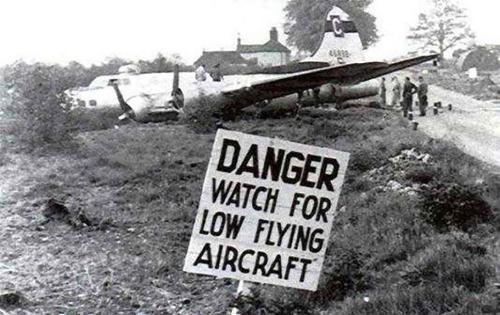