In Space – Nobody can hear you Scream

The Best of Sci Fi 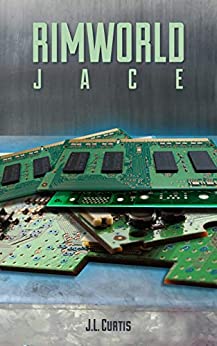 Old NFO is poised to release another book in the Rimworld Series. Rimworld: The Rift release is coming in as early as two weeks from now but in the mean time, read some of the other books in the series if you haven’t, to prepare for The Rift!

“When the message coming across to you says “Warning Order – immediate evaluation of local HG. Dragoons have landed in force, estimated attack in overwhelming force in 30 minutes” – you are pretty certain it’s a bad day in space.” (from a review of Rimworld: Stranded)

The OJ 287 galaxy hosts one of the largest black holes ever found, with over 18 billion times the mass of our Sun. Orbiting this behemoth is another black hole with about 150 million times the Sun’s mass. Twice every 12 years, the smaller black hole crashes through the enormous disk of gas surrounding its larger companion, creating a flash of light brighter than a trillion stars — brighter, even, than the entire Milky Way galaxy. The light takes 3.5 billion years to reach Earth.

But the smaller black hole’s orbit is oblong, not circular, and it’s irregular: It shifts position with each loop around the bigger black hole and is tilted relative to the disk of gas. When the smaller black hole crashes through the disk, it creates two expanding bubbles of hot gas that move away from the disk in opposite directions, and in less than 48 hours the system appears to quadruple in brightness.

Because of the irregular orbit, the black hole collides with the disk at different times during each 12-year orbit.