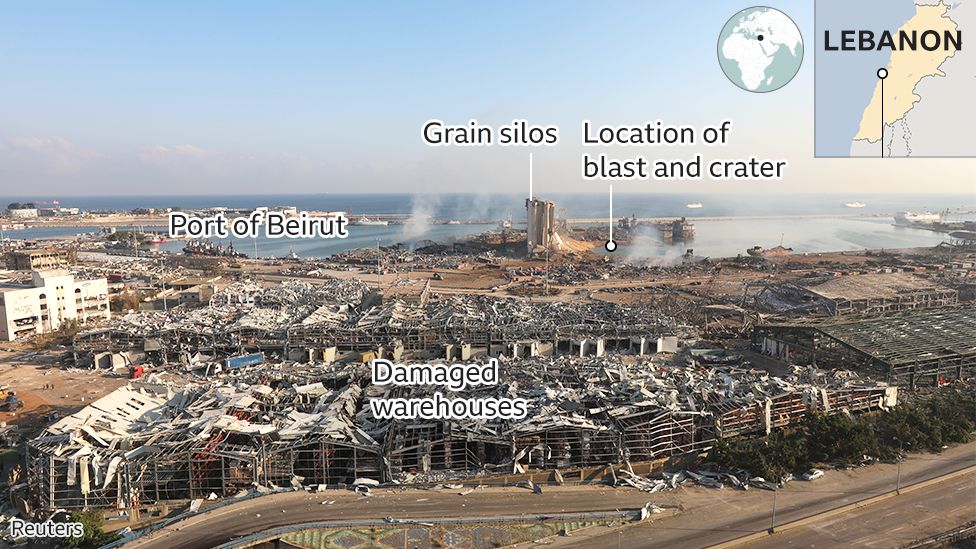 Some of you have shown an interest in the explosion in Beirut. I was not there, I was in Latin America. However, let’s discuss it. 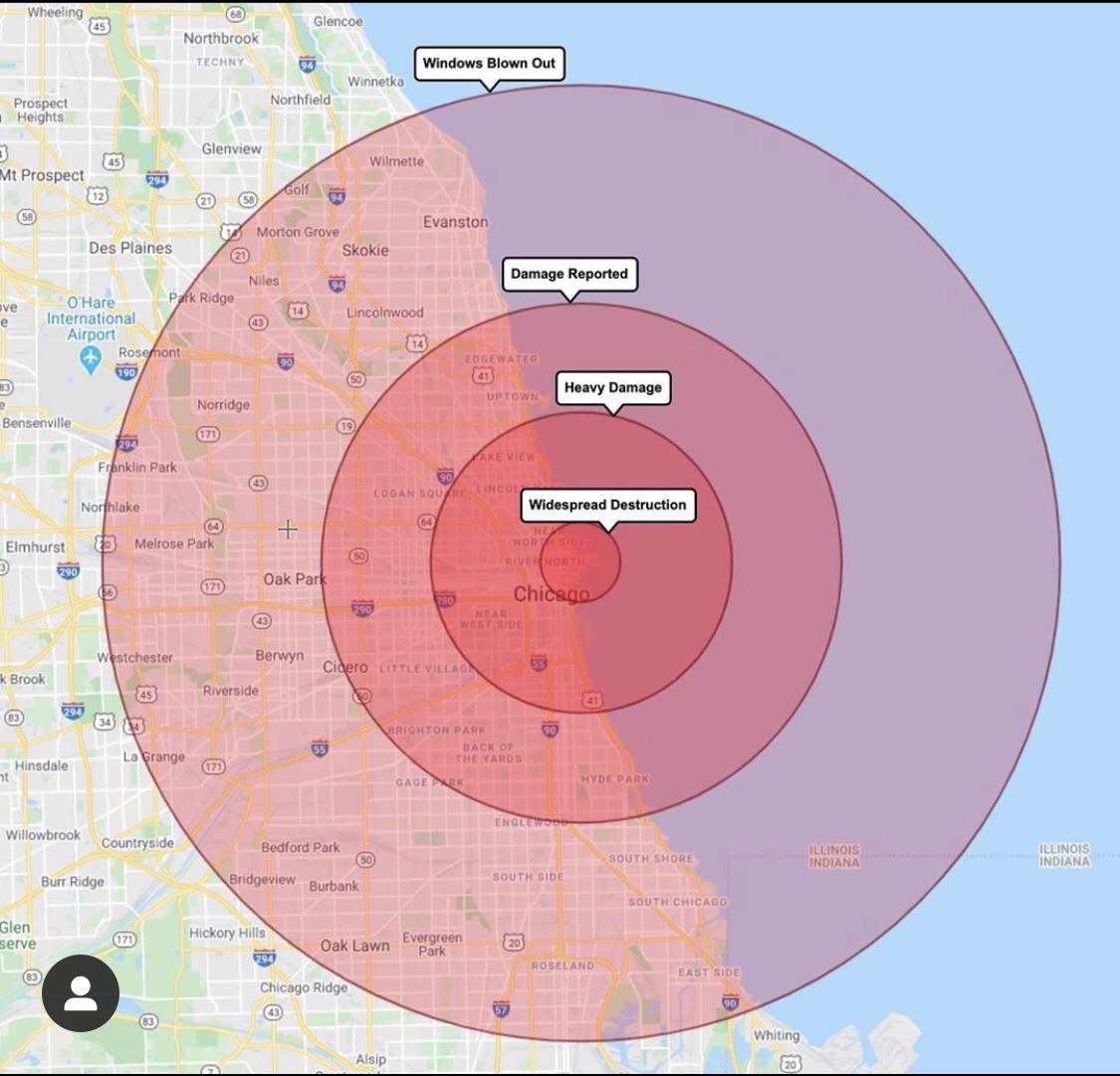 The Beirut explosion transposed over a map of Chicago if the bomb were to have gone off at Navy Pier. Really puts things into perspective. 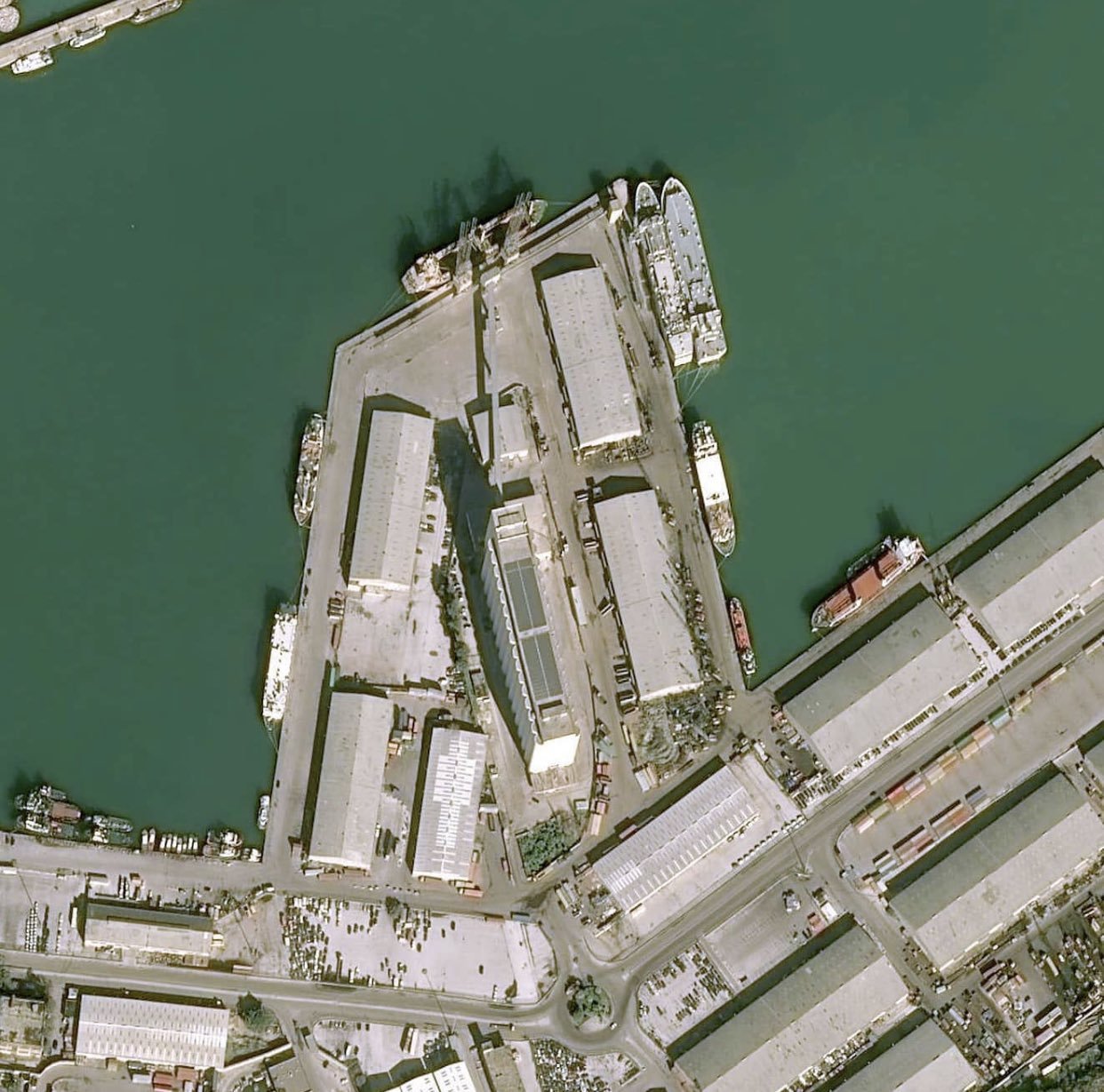 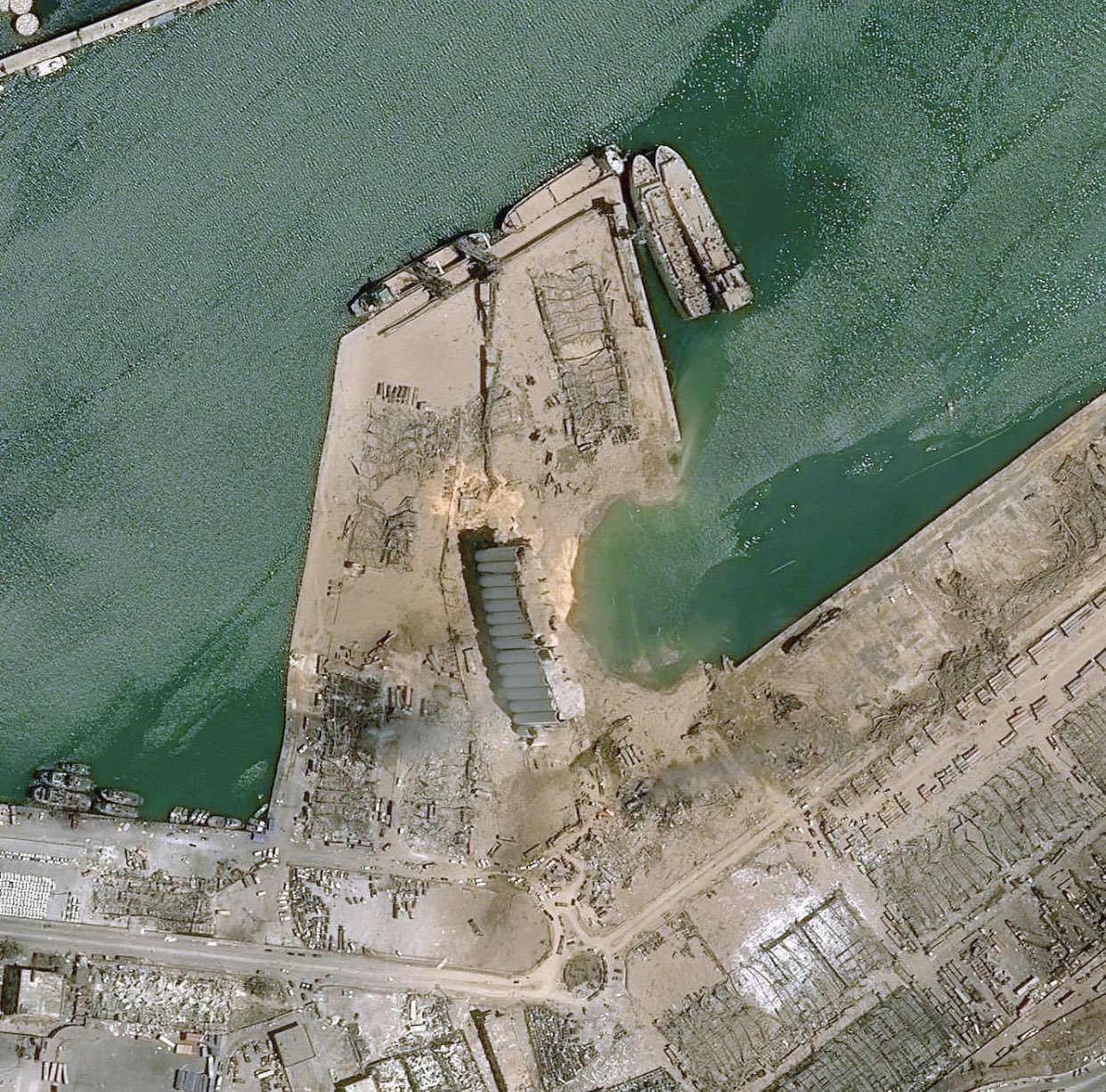 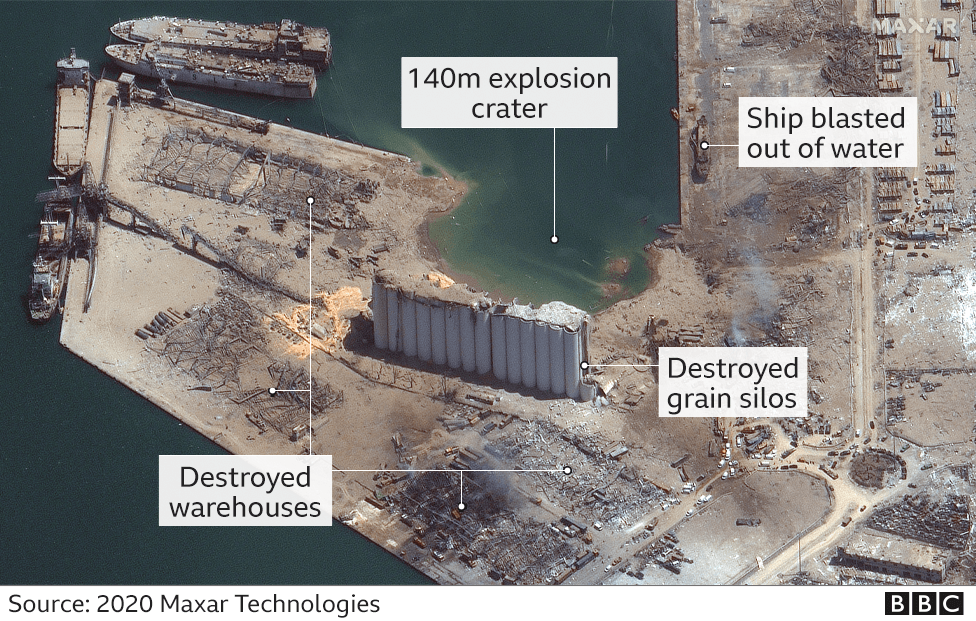 Lebanon’s President, Michel Aoun, blamed the detonation on 2,750 tons of ammonium nitrate that he said had been stored unsafely at  Warehouse 12 in the port. What else was in Warehouse 12? And at Warehouse 10…At this point, whatever was there was vaporized.

Iran has suffered a number of fires and explosions at its nuclear fuel processing facilities over the past couple of months. The fire, that led to a partial evacuation of the docks, which then went high-order and destroyed the area may be part of the same series of unfortunate accidents. Hezbollah is an Iranian proxy.

Ammonium nitrate, mixed with fuel oil and initiated with something like plastic explosive has been responsible for a lot of damage around the world. It’s the go-to improvised explosive device of choice for poor people who want something to go high-order. It’s what Timothy McVeigh used when he carried out the 1995 Oklahoma City bombing that killed 168 people and injured more than 680 others, and destroyed one third of the Alfred P. Murrah Federal Building. And it was driven to the destination in a small truck. Low tech and effective. 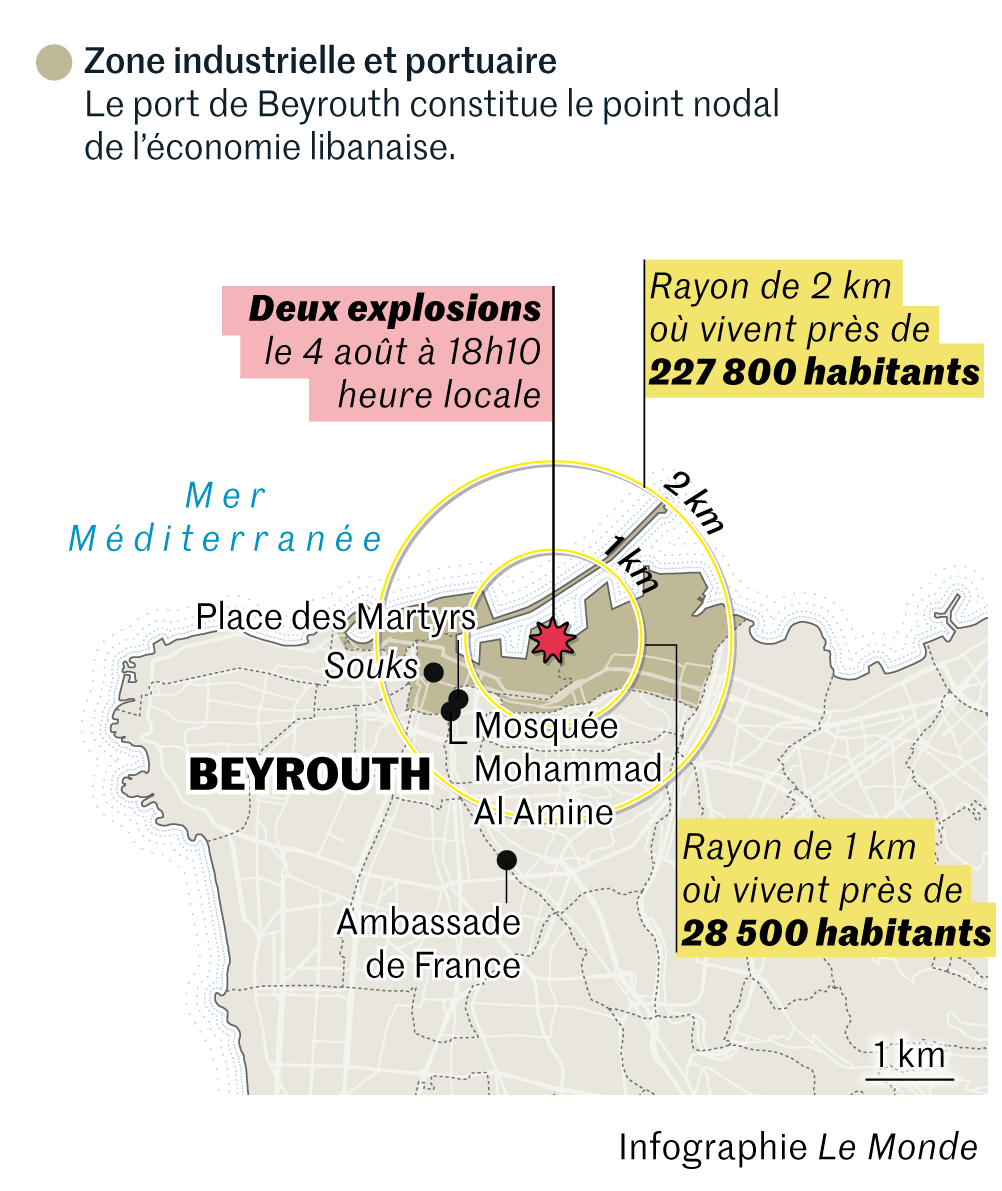 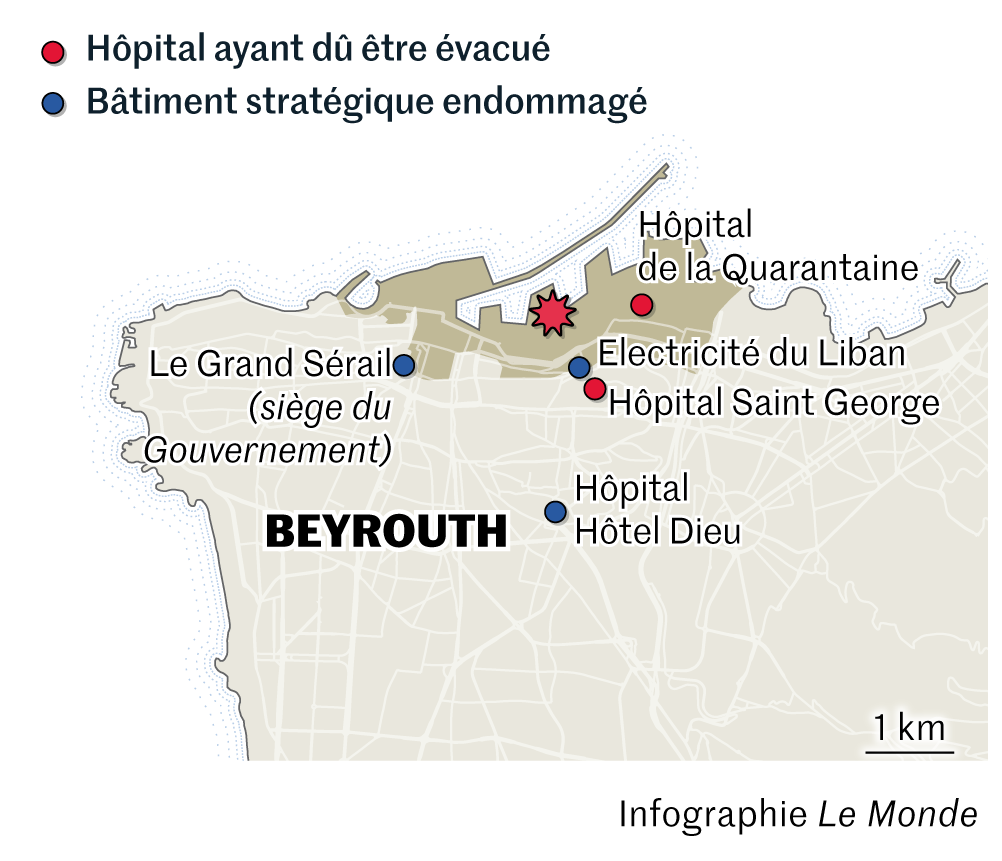 I suggest that you take the fire and the high order detonation separately rather than portions of the same continuing event. The fire started. Then the roof of Warehouse 12 was seen to be burning at about 18:00 (15:00 GMT).  There was a large initial explosion, followed by a series of smaller blasts that some witnesses said sounded like fireworks going off. About 30 seconds later, there was a colossal explosion that sent a mushroom cloud into the air and a supersonic blast wave radiating through the city.