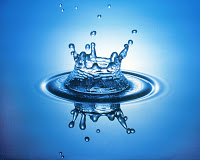 Facebook
Twitter
Pinterest
WhatsApp
I hope these scientists don’t ‘go Galt on us’…
ScienceDaily (May 18, 2011) — An international team, of scientists, led by a team at Monash University has found the key to the hydrogen economy could come from a very simple mineral, commonly seen as a black stain on rocks. Their findings, developed with the assistance of researchers at UC Davis in the USA and using the facilities at the Australian Synchrotron, was published in the journal Nature Chemistry on May 15, 2011.

“The hardest part about turning water into fuel is splitting water into hydrogen and oxygen, but the team at Monash seems to have uncovered the process, developing a water-splitting cell based on a manganese-based catalyst,” Professor Spiccia said. “Birnessite, it turns out, is what does the work. Like other elements in the middle of the Periodic Table, manganese can exist in a number of what chemists call oxidation states. These correspond to the number of oxygen atoms with which a metal atom could be combined.”

“When an electrical voltage is applied to the cell, it splits water into hydrogen and oxygen and when the researchers carefully examined the catalyst as it was working, using advanced spectroscopic methods they found that it had decomposed into a much simpler material called birnessite, well-known to geologists as a black stain on many rocks.”

The manganese in the catalyst cycles between two oxidation states. First, the voltage is applied to oxidize from the manganese-II state to manganese-IV state in birnessite. Then in sunlight, birnessite goes back to the manganese-II State. This cycling process is responsible for the oxidation of water to produce oxygen gas, protons and electrons.
This has the potential to produce inexpensive, pollution-free energy. If the Saudis don’t buy the patent and the rights.