How Stupid Are They? 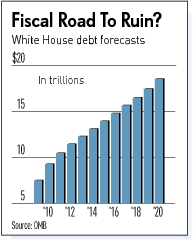 The Office of Management and Budget dubbed its 2011 plan “A New Era of Responsibility.” No, this is not a cynical remark. They really call it that!

“We’ve got to spend our way out of this recession,” declared House Majority Whip James Clyburn, D-S.C.

The proposed budget over the next decade would rack up $45.8 trillion in new spending, $9.1 trillion in deficits and more than $2 trillion in higher taxes on Americans. It will double the national debt held by the public to over $18 trillion, while raising taxes on 3.2 million small businesses and upper-income taxpayers — the very people the administration is counting on to pull us out of recession. – (IBD)

Two years of bailouts and “stimulus” have failed us miserably. The new budget tries the same tax-and-spend strategies, despite the loss of 8 million jobs and an ongoing financial crisis. 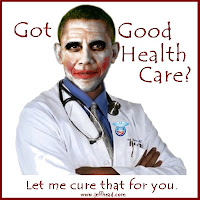 If you add the disastrous ObamaCare program to the mix, the spending curve is sharper – and guess who gets to pay for it?
Dear readers, the government doesn’t earn a cent. It spends very well but you are the earners and it is the spender.
It doesn’t take a genius to look at the numbers and understand that we are embarking on an era of stagnant growth, higher unemployment, lower value to the dollar overseas (for all those goods we import from China and elsewhere) and debt we are absolutely unable to repay.
The only solution is to live within our means (even if it hurts). We must reduce the size of government and slash government spending. Incentivize private industry to promote job growth and reward the sector that creates jobs.