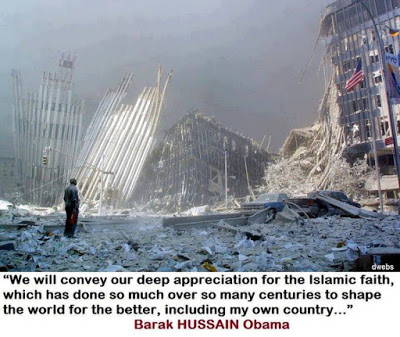 I’m pleased that Barack has faded from the public scene – even though he still wants to be somebody, that ship has sailed and all that is left is for him to build a monument (Presidential library) to himself.

There is a lot of chatter from the progs, supported by the corrupt, elite, lying, nasty, sexually ambiguous, filthy mainstream media about Islam and jihadis. In the wake of the slaughter of young girls in Manchester, the wanton murder of Coptic Christians on a bus in Egypt, etc. etc., the plea of the media and the Hollywood elite is that we must learn to coexist with the savages. However a review of American history teaches us a different lesson — except in universities today, “history” takes the form of ‘lesbian studies’ and ‘social justice’, so one can not expect the twenty-somethings who populate the elite media to have read anything of value on the subject. Therefore, this blog will provide one (of many) historical examples of what worked. We have many examples of what does not work…
Overview: On May 10, 1801, Yusuf Karamanli, the Pasha of Tripoli, announced his intention to commence hostilities against the United States and then formally declared war on May 14 when his men chopped down the consulate’s flagpole. Tripoli, along with the other North African (Barbary) states of Tunis and Algiers, was demanding tribute for the passage of American ships. This war ended in 1805 with a U.S. military victory over Tripoli, but without removing any of the Barbary states’ pretensions regarding the United States. By 1807, these states’ depredations resumed until, in 1815-16, a joint European-American naval coalition crushed them utterly. The reasons for the Barbary states’ pretensions, the first Barbary War’s failure to extinguish them, and the manner in which the military actions of the second war extinguished them are worth keeping in mind.
Summary: The Muslim rulers of the southern Mediterranean had long preyed on Christian nations’ commerce, plundered people and property on southern Europe’s coasts, and run markets for Christian slaves. They demanded tribute and ransom. In 1786 Thomas Jefferson and John Adams having asked these states’ representatives why they were harming people who had not harmed them, heard words that are all too familiar today: “It was written in their Koran, that all nations which had not acknowledged the Prophet were sinners, whom it was the right and duty of the faithful to plunder and enslave; and that every mussulman who was slain in this warfare was sure to go to paradise.” Lacking a navy, the U.S. paid them some 10% of its revenues as tribute.
By 1801, President Thomas Jefferson’s refusal to pay tribute was backed by a small but efficient navy, including the Constitution, Constellation, Enterprise, Chesapeake, and Philadelphia. Having secured command of the seas, the Americans blockaded the Barbary coast. Then, backed by local mercenaries, U.S. Marines secured the city of Derna, opening the back door to Tripoli. Thus threatened with regime change, Pasha Karamanli agreed never again to demand tribute from U.S ships. But mere defeat was not enough to absolve him and his from the religious duty to plunder as best they could. As the Western world became embroiled in the Napoleonic wars, the Barbary states reverted to kind.
No sooner had the War of 1812 ended than Commodore Steven Decatur took his squadron’s 206 guns to the Barbary coast. He did not have to use them. The Dey of Algiers, impressed, paid damages for past depredations, freed Christian slaves, and signed a treaty of peace. No sooner had Decatur returned to America, however, then the Dey reneged. This led to the intervention of an even larger British-led squadron that used vastly greater firepower utterly to devastate Algiers. That proved enough to convince the Muslims that, perhaps, the prospect of martyrdom was not so alluring after all.