The bombarde took its name from its credited inventor, commandant Gilbert Garnier of the French artillery, deputy to the director of the APX state arsenal, and the men who designed its projectile, Driant and Renouard. 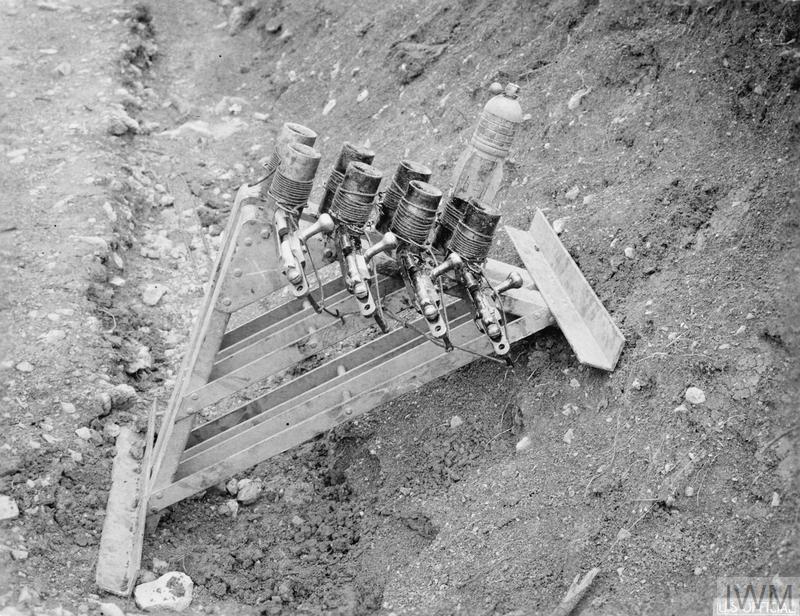 It was introduced to the front line in 1917. Its projectile was the large DR percussive rifle grenade, weighing 600gr/1.3lbs, including a 85gr/.19lbs cheddite explosive payload. It was made up of a cast iron fragmentation sleeve, a sheet metal finned base designed to fit over its proprietary discharging cup and a wooden head housing its inertia detonation system, which itself was made up of a shock-sensitive primer and a percussive fuse. The fuse was screwed in only before firing the weapon, and came with a lead-weighted pin that would come undone during launch.

The bombard itself was a very simple weapon built using steel beams, springs and DR discharging cups for the launching platform, and cut-down Gras Mle1874 rifles firing ‘Feuillette’ cartridges (blanks) for the ignition/propulsion system. The discharging cups had 9 ventholes, with a spring that could be adjusted to control how far down the grenade would fit on it. The more ventholes fit inside the grenade’s finned skirt the farther it would fly.

Ranging guide for the Bombarde

The Garnier bombard was a reaction to French ordnance at the time, which suffered from a severe lack of short-range artillery compared to Germany. 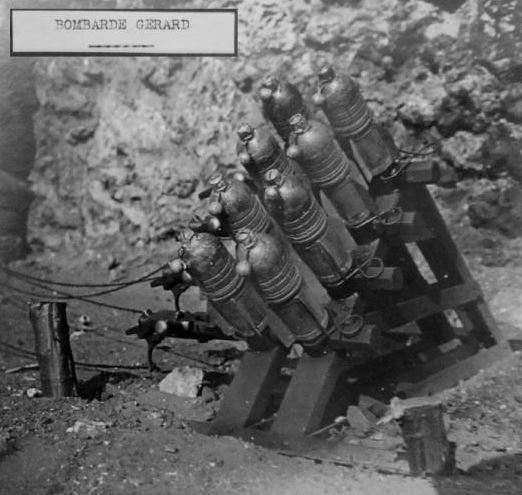 It’s a poor man’s trench mortar, in a hedgehog configuration.

One of the most famous engagements of the conflict, Taylor’s force of 5,000 men defended a position near Buena Vista against 14,000-15,000 Mexican troops commanded by Antonio Lopez de Santa Anna.

The Mexicans launched various assaults against Taylor’s positions, which almost led to an American defeat. Despite his low numbers, Taylor then performed a risky counterattack that took the Mexicans by surprise. During the night of 22-23 February Santa Anna retreated and left the Mexican campfires burning so that they would not be pursued. 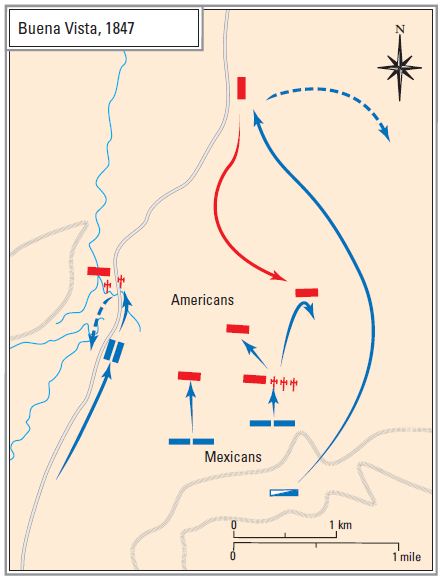 Taylor was hailed for his victory in the American national press and largely used Buena Vista as a springboard to run in the 1848 US Presidential Election. He was elected as the 12th President of the United States although he only served for 16 months before he died in office on 9 July 1850.

There are Too Many White Employees

(more here)  Race and gender in hiring are two keys to financial success for top McDonald’s executives, according to the company as it sets its course for the future. Hiring quotas appear to be the future of corporate America, where qualifications come second to racial preferences and gender (all 36) taken into account first.