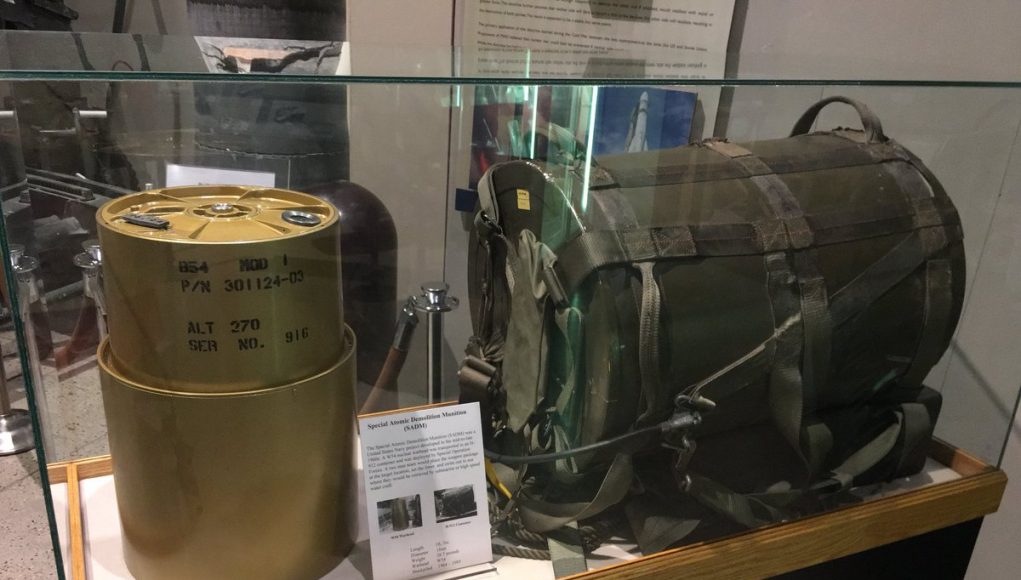 The SEALs demonstrated feasibility to deploy nuclear weapons {designated ‘Special Atomic Demolition Munitions‘ (SADM) -} designed to attack a harbor or other strategic location that could be accessed from the sea. (see below)

The Navy version would be delivered into water by parachute along with a two-man team, then floated to the target, set in place and armed by hand. They were viewed as suicide missions.

A US Army Green Light Team members were also trained to parachute with with a man-portable nuclear weapon. The smallest of these devices was the W54, which was about 11 in. wide,16 in. tall and weighed approximately 51 lb. SADM yield ranged from 10 tons to 1 kiloton. The same device was used on the Davy Crockett and the GAR-11/AIM-26A. The fusing was not precise and there was a “window of detonation” involved.

The Green Light Team missions were not publicly disclosed until 1984.

M-388 Davy Crockett nuclear weapon mounted to a recoilless rifle on a tripod, shown in the photo at the Aberdeen Proving Ground in Maryland in March 1961. It used the smallest nuclear warhead ever developed by the United States.

Identify the aircraft on the apron in background. It looks to me like Edwards AFB. 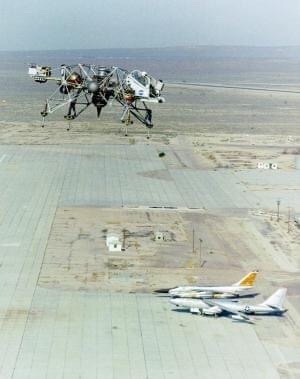 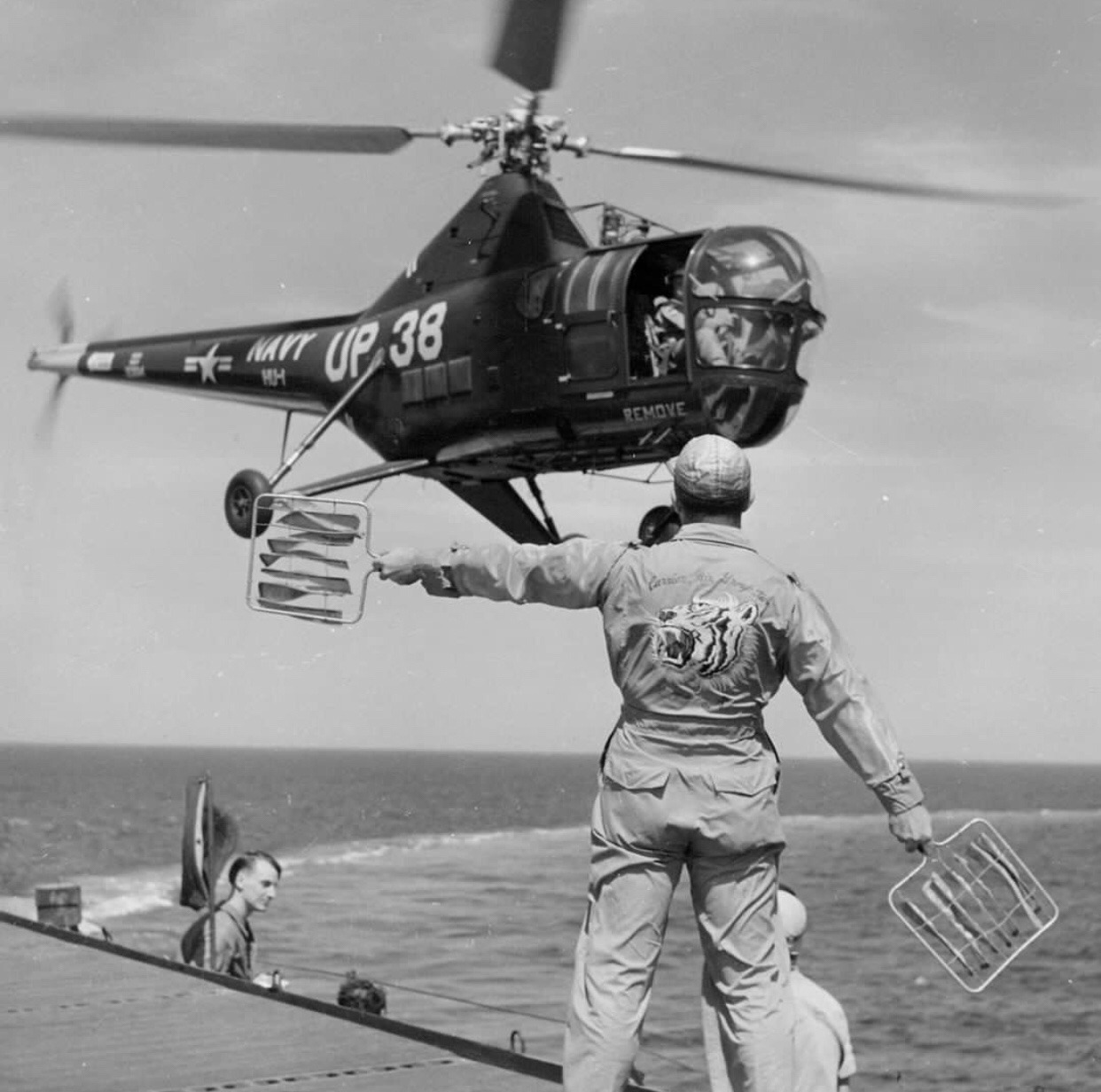 Identify the jet aircraft and manufacturer. 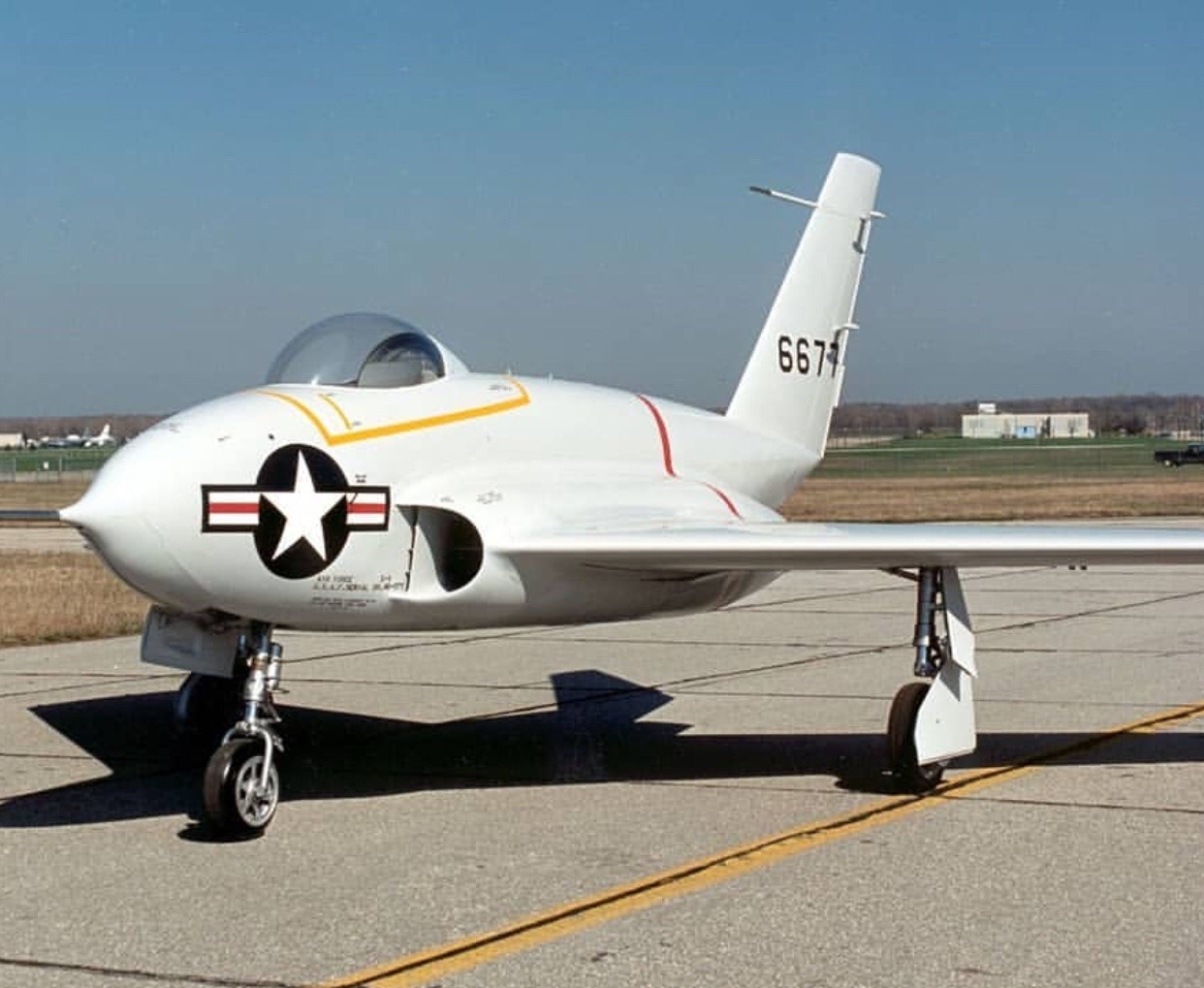 It’s an experimental aircraft, produced by a major defense contractor. I know that it’s a hard ID, but you guys are sharp and tough to stump. 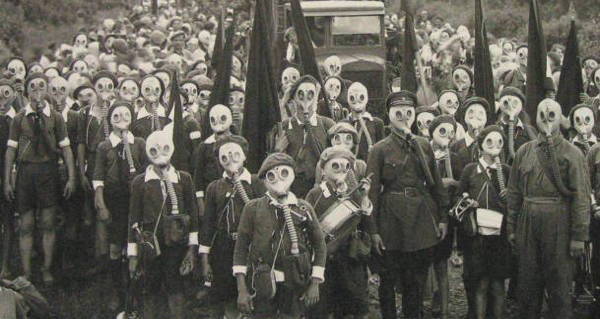 Young Pioneers in Soviet Russia wear gas masks during a civil defense drill in Leningrad, 1937. The Democrat Party would like to keep children in the US masked up like that  – possibly forever – if they can get away with it. Some of the leadership (Pelosi) must have seen this photo and said, “That’s it!” 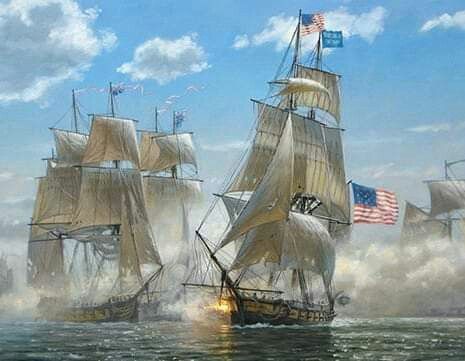 The old and the new: French cavalrymen observe a biplane in 1917 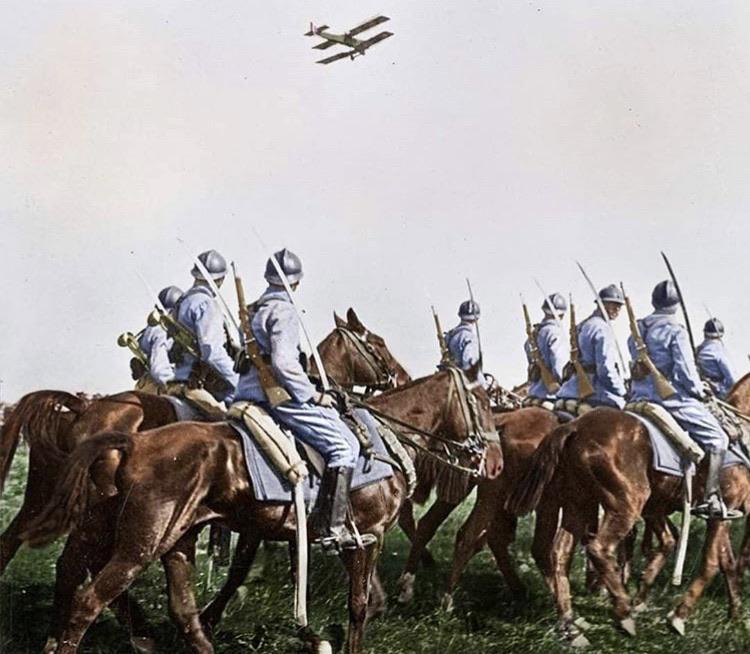