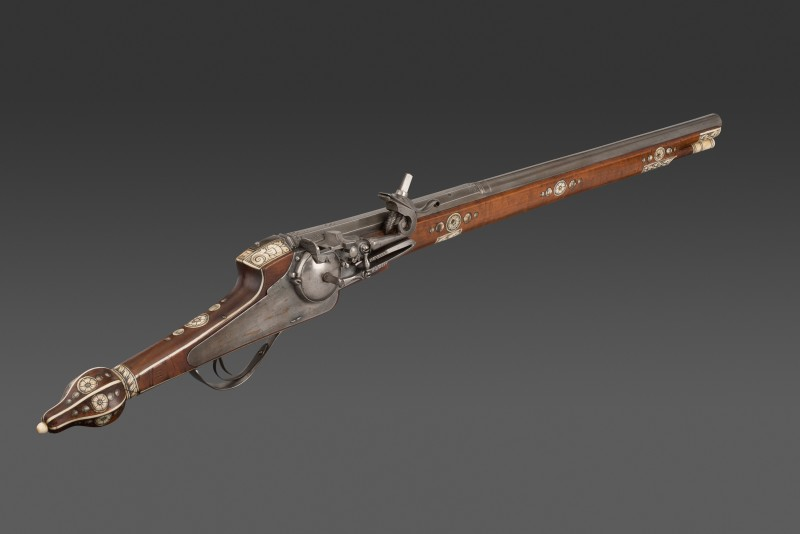 Boar spears and their larger variant bear spears were polearms used both for hunting and for war, derived of course, from boar hunting in the Middle Ages. 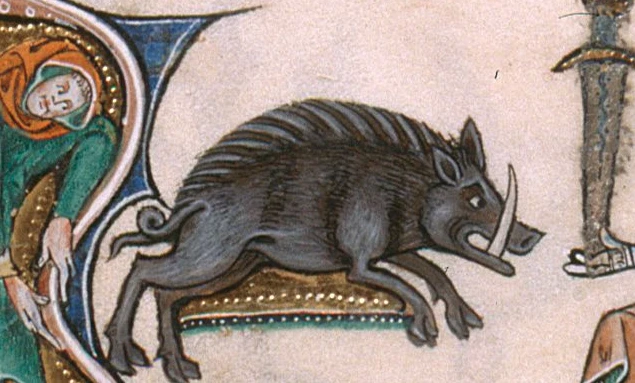 When you take all the ham on a pig and move it forward to the shoulders where it can do some damage, add daggers jutting out of the mouth and (in the case of males) add subcutaneous shields on their chests and shoulders to protect them from mating fights and — you end up with a boar.

Different from woke people who show up at parties unbidden.  They are bores.

Boars eat roots, mushrooms, and other underground aliments that they dig up, their massive head acting as a plow.

A plow mounted on a shaft is a voulge and that’s also a military polearm, which is completely irrelevant and, so, we’re moving on… 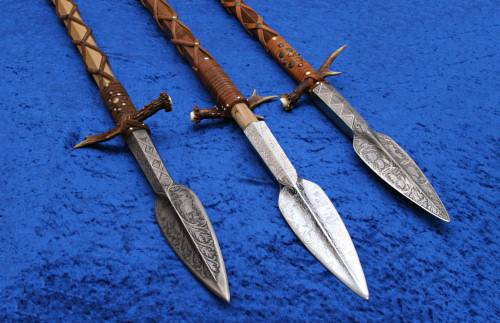 In spite -and in fact because– of the danger, boars have been prized as game animals for sport, sustenance, and to display martial prowess since Roman times. Both methods of boar hunting involved very close contact with the animal before guns, and later, rifles were introduced. Putting down one was considered the manliest of feats in Western Europe, dethroned only by bear hunting in Eastern Europe and ‘ritual’ stag hunting starting in the Late Middle Ages.

Pigsticking as a hunting method simply consisted in gathering the lads, grabbing a bunch of boar spears, and going out to catch yourself a hog, sometimes from horseback. Because we are not a species meant to last, it was usually done in Spring when boars are most aggressive and thus least likely to simply run away, but also when they are equipped with that natural bulletproof vest discussed above.

This is what boar spears were built for. A boar spear’s shaft is thick, up to man-height in length, and very commonly textured in some way to improve the grip. Its spearhead was relatively small, leaf-shaped, focused towards thrusting rather than slashing and fitted with the weapon’s most distinguishing feature, a protective crossbar. 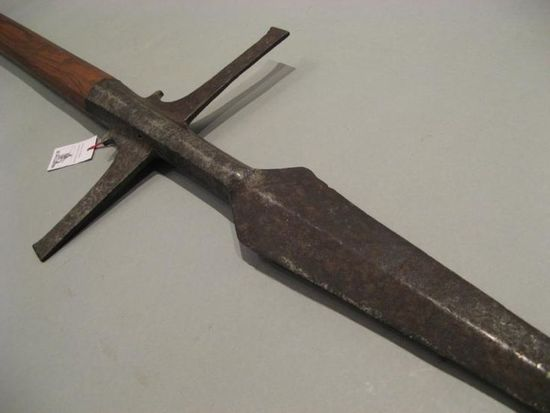 Military spears were generally fitted with lugs or wings while hunting spears had a wider variety of prongs, rotating crossbars, and dangly bits all functioning in the same manner. They were designed to prevent overpenetration, as a charging boar has enough momentum and spite to drive itself all the way up a spear’s shaft to get to a hunter.

Especially in the case of bear spears, they also tended to have ferrules so that the weapon could be braced into the ground.

The same design was used when hunting with the help of hounds, although a dagger was sometimes used when the dogs were used to catch the boar rather than simply corner it. In the early modern period, a more specialized weapon was designed specifically for that method of hunting, when stags had become the favorite prey of the aristocracy and less emphasis was put on risking your life in melee combat with a werepig for some slightly gamey ham.

Consider soaking the boar meat in wine for a week or longer before sending it to the pit for BBQ treatment.

Enters the boar sword, the last evolution in boar hunting technology before the advent of gunpowder and plug bayonets. Much like its predecessor, it is strongly built with a solid, stiff, and blunt blade that only turned into a spear-point double-edged tip in the last third or quarter of its length. This made the sword both stiff enough to provide the same thrusting potential as the spear, but also prevented its blade from cutting the dogs biting the large angry animal you would be currently stabbing.

And of course, it came with a protective crossbar.

(Bohemian) Earspoon: a Central European design, generally a purely military weapon with a longer blade, but generally not deserving of a specific name in the English language especially if it’s going to be “earspoon”.

Holster pistols are a category of various handguns manufactured throughout history from around the 16th century up to at least the 1840′s, referring to large caliber weapons meant for cavalry use.

The name ‘holster pistol’ might be a confusing distinction to make today, when pistols are sidearms and almost exclusively carried in holsters on one’s person.

To understand the meaning behind it, we have to go back to the early days of small arms design, back when handguns had just started being a thing, never mind holsters. The invention in Germany of the wheellock mechanism around 1500 allowed the development of ready-to-use, more practical, and smaller firearms than were available before, with matchlock designs requiring a lit slow match to fire. These early pistols and their later flintlock counterparts were often carried just slid inside the belt or sash, sometimes strapped on with a hook attached to its firing mechanism, but rarely using personal holsters as we conceive of them today. Any of these methods posed a bit of a weight problem in a time when belt loops had yet to be invented, so infantry and civilian pistols were kept relatively small. This of course was not a problem when riding a horse. 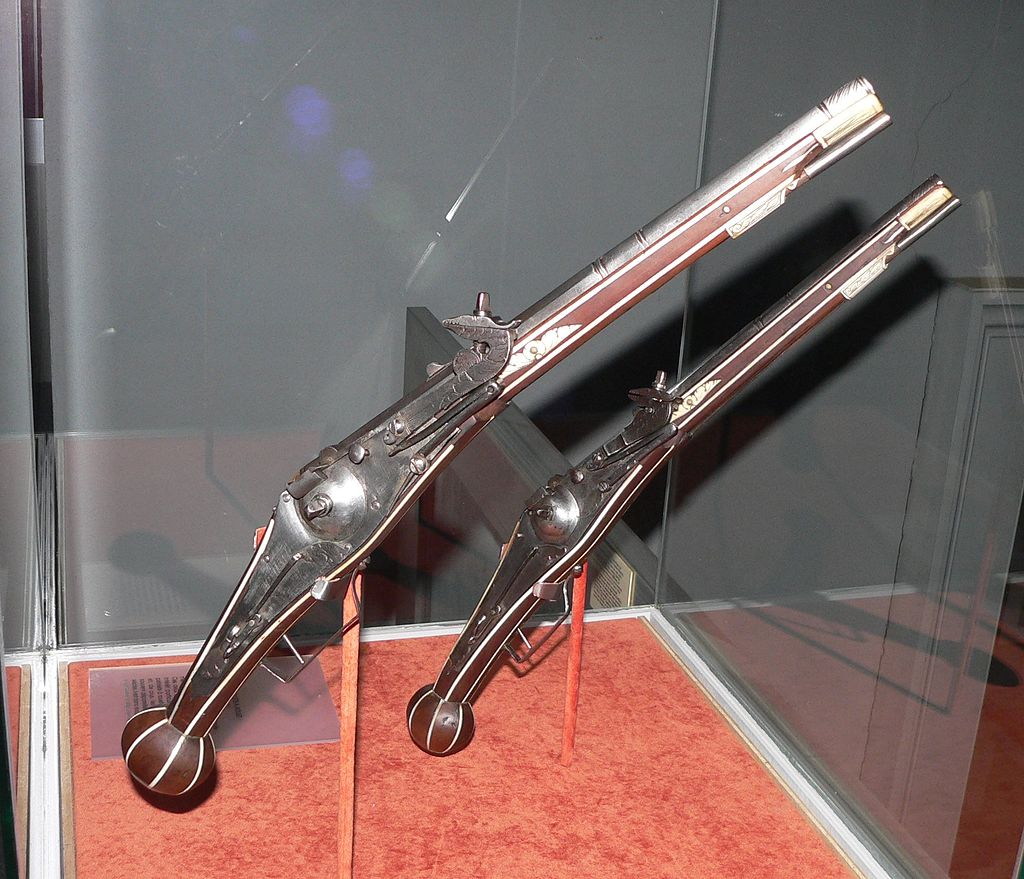 A German Reiterspistole (left) next to a belt pistol of similar design (right). Reiters were a type of cavalrymen in the Early Modern Era using both sword and handguns.

The introduction of the wheellock mechanism, as mentioned before, had made it a practical thing to hold on to several loaded firearms and fire them in quick succession. By strapping braces of pistols to their horse’s saddle, cavalrymen were suddenly able to carry a lot more firepower than with a single matchlock arquebus or petronel, without the weight issue associated with our weak human constitutions or the risk of being pantsed while fighting in the Italian Wars. Several types of cavalry were developed making use of this advantage, like the heavily armored Reiter or the iconic British harquebusier who carried pistols to supplement its namesake. This is around that time that pommel holsters were developed, carrying a pair of pistols and giving them their name. 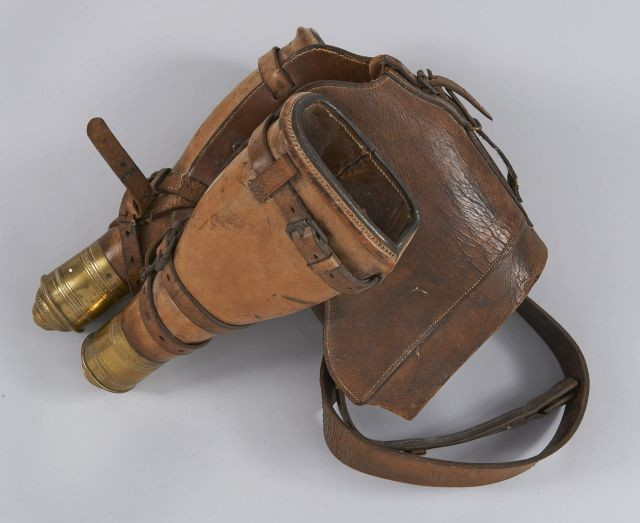 The Early Modern Era still saw plenty of plate armor being used on the battlefield, which was all the incentive these mounted soldiers needed to get bigger and bigger guns to get through it. It made little to no difference for their horses after all. It is not uncommon to find holster pistols with long barrels, large calibers, and weighing up to three kilograms, which is about the weight of a gallon of milk and the same weight range as contemporaneous greatswords. With little in the way of accuracy, only one shot and a lot of armor to work through, the military firearms of the Renaissance had to pack as much of a punch as possible.

Armor becoming a rare sight in the following centuries did tend to make the name ‘holster gun’ carry less meaning, with infantry and cavalry flintlock pistols, even ones carried in pommel holsters, being roughly the same size and weight.

One late and notable holster pistol however was the famed Colt Walker, designed in 1847. This 2kg revolver, introduced at the outbreak of the Mexican-American war, had been designed at the instruction of its namesake Cpt. Samuel Walker of the United States Mounted Rifles to replace their single-shot percussion pistols and, reportedly, to indiscriminately down either men or horses from beyond 100m. It by most accounts succeeded in doing that, at the cost of being prone to explosions due to cylinder flash-over.

Saddle holster for a pair of Colt revolvers, front view.