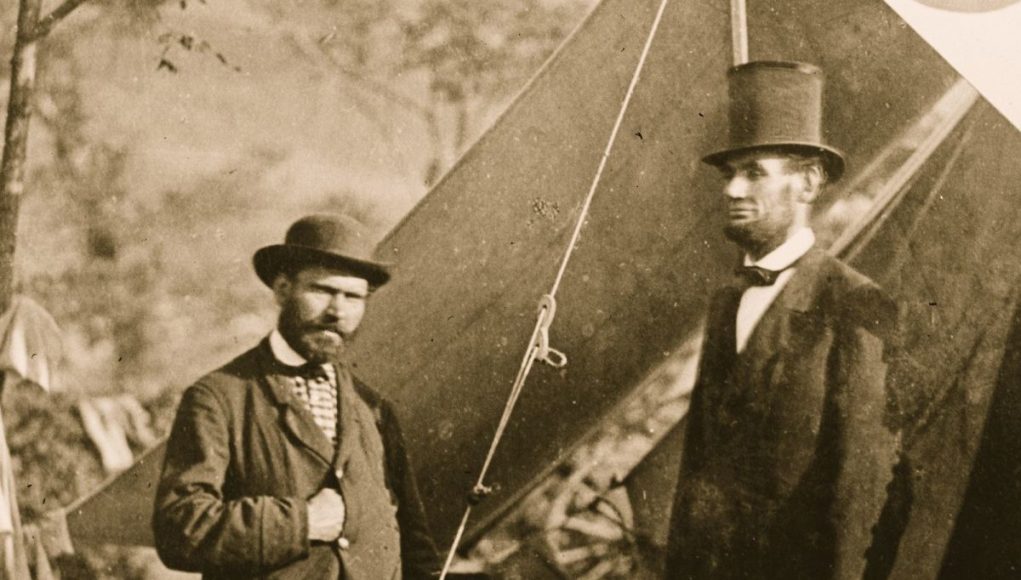 My lovemaking is detected with a seismograph; I once shook my own hand just to see what all the fuss is all about; mosquitoes fear to bite me and black cats fear to cross my path; any beach I am on instantly becomes clothing-optional; I never save for a rainy day because the sun shines wherever I am; I can cook a ten-minute egg in five minutes; sharks have a week dedicated to me; my blood smells like expensive cologne; Hugh Hefner asked for my cast-offs… 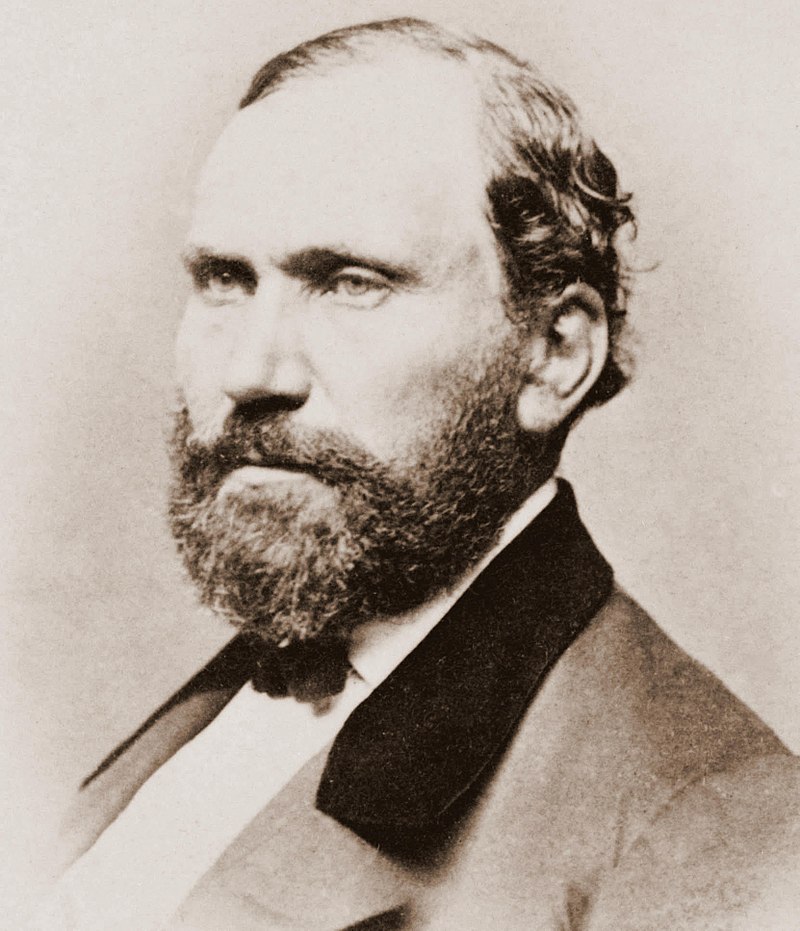 He became famous in America as a law-and-order enforcer, but Alan Pinkerton fled his native Scotland as a wanted man. The man who founded the detective agency eventually best-known for busting up American labor movements had himself been a radical Chartist—a pro-labor insurrectionary.

The Chartists (taking their name from their “People’s Charter”) emerged in Great Britain in 1836, demanding universal male suffrage at a time when only men who owned a sufficient amount of property were allowed to vote. Most Chartist activism was peaceful, but within the movement, there were factions who turned to violence, and 1842 was a particularly violent year.

In 1842, 22-year-old Alan Pinkerton was working in a Glasgow mill as a power-loom dresser. He was also the founder and leader of the Glasgow Democratic Club—a so-called “physical-force” Chartist group. When Parliament rejected the Chartist petition for expanded suffrage for the working classes that year, a wave of strikes and riots swept through the country, crippling the industrial centers, and leading to violent confrontations between Chartists and police. Frustrated by the increasing turmoil, the British authorities ordered mass arrests of Chartist leaders. When Pinkerton learned that a warrant had been issued for his arrest, he and his wife secretly fled the country and traveled to the U.S., eventually settling in a Scottish community in Dundee, Illinois.

The story of how Alan Pinkerton went from being a fugitive to the most famous detective in America is too much to be told in a single dose. So, the principal episodes of his fascinating life will have to wait. Instead, today’s dose will close with the unusual story of Pinkerton’s death—how a man who made a career out of courting danger was brought down by a toy poodle.

Pinkerton had been a conductor on the underground railroad, an abolitionist in league with John Brown, a spy behind Confederate lines, and he had personally tracked some of the most notorious outlaws in America, but he was not fated to die in a shootout or on a gallows. Instead, at age 64, while living in Chicago, Pinkerton was walking his wife’s poodle when the dog wrapped its leash around Pinkerton’s legs, tripping him. Pinkerton fell to the concrete sidewalk, and severely bit his tongue. The cut became infected, Pinkerton developed gangrene and within a few days, he was dead. 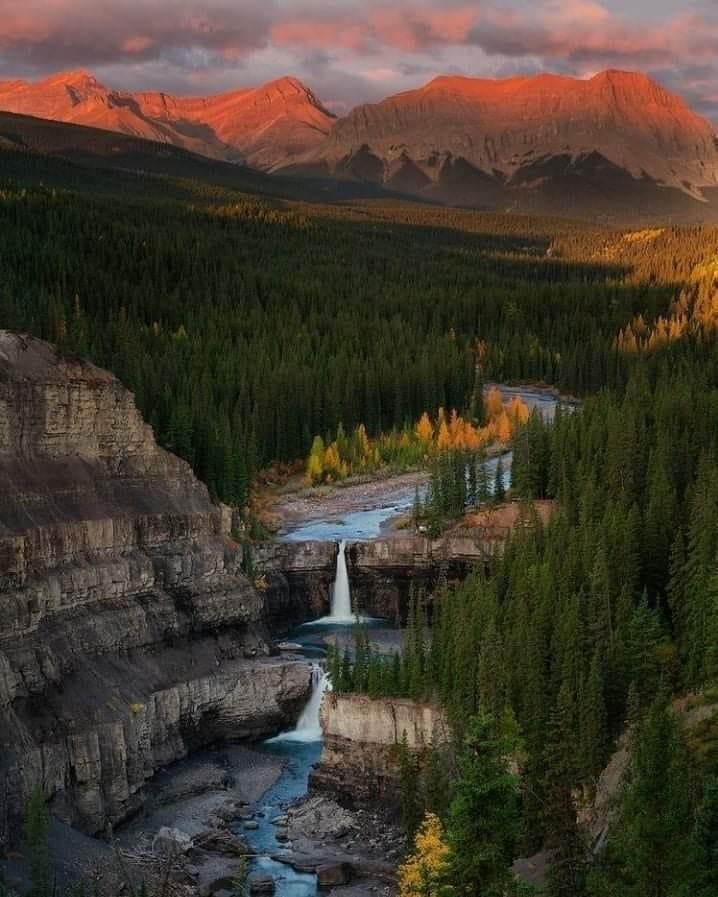 The Battle of Sunset Pass

Two battles took place near where I live. One was the Battle of Big Dry Wash, about 8 miles as the crow flies from the White Wolf Mine. I’ve discussed that on the blog before. The other is the Battle of Sunset Pass, about twenty miles from the hovel 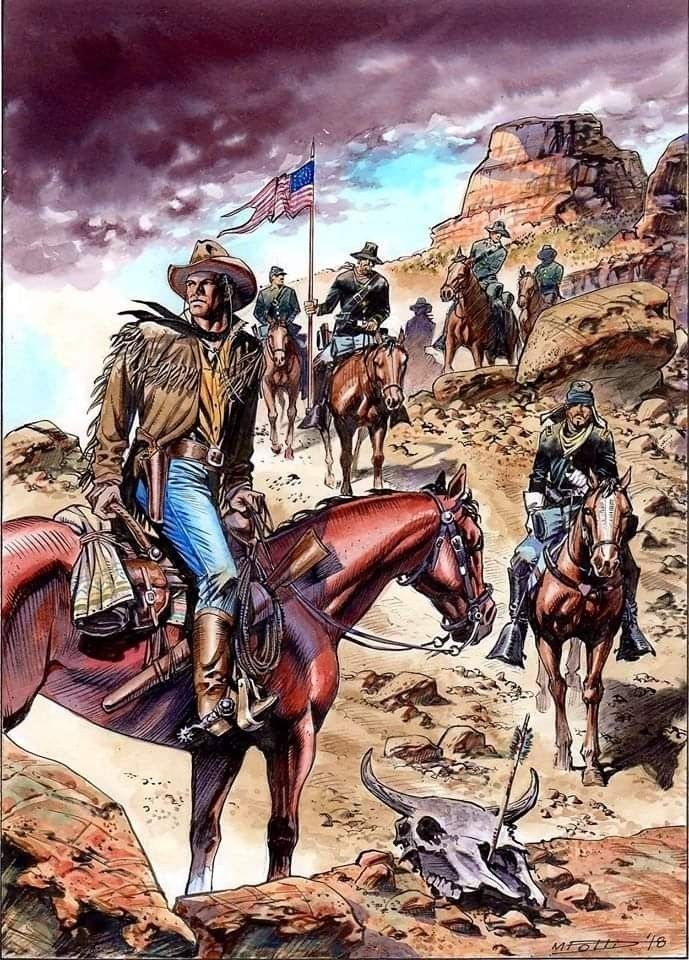 In the fall of 1874, a band of twenty Tonto Apache Warriors were raiding through the Tonto Basin capturing horses, rifles, ammunition, food, and clothing. First Lieutenant Charles King along with 40, 5th Cavalry troopers out of (Fort) Camp Verde along with some Apache scouts were sent out to bring in the Apache or destroy them in the field.

On the very same day the soldiers departed Camp Verde they picked up on some signs of the raiding party and soon came to Sunset Pass late in the afternoon. King decided that this was an excellent place to make camp for the night before pressing hard the following day to apprehend the Apache band. After placing pickets and setting up his camp, First Lieutenant King and a few men began hiking up a nearby Mesa to get a better view and vantage of the surrounding terrain.

As King and his hand full of troopers made their way up the Mesa, he was completely unaware that the Tonto Apaches he was pursuing were laying in wait along the path waiting to ambush the soldiers. When King was about a half mile from his camp he was taken completely by surprise as a hail of arrows and bullets from the Tonto Apache came from what seemed like every direction. King was badly hurt in the first volley of enemy fire, having been hit twice in the head by glancing arrows as well as being shot in the arm.

After two or three minutes of exchanging fire, Sergeant Bernard Taylor ran through a hail of bullets and arrows to reach Lieutenant King and drag him to the safety of the other men. King was falling in and out of consciousness and was not able to take part in the fight and was losing a lot of blood. Every one of the troopers who were pinned down was wounded but decided to fight their way back to their camp and administer aid to their Lieutenant. As they reached their camp, Second Lieutenant George Eaton assumed command and fully engaged the Apache with the bulk of soldiers. The Apache, however, were well entrenched and Lieutenant Eaton was forced to pull back.

This was a victory for the Apache, the raiding party was not pursued anymore after this fight, and soon after the troopers returned to Camp Verde. A second military expedition was sent out about a month later which resulted in another skirmish near the Mogollon Rim.

Sergeant Taylor, George Deary, and Rudolph Von Medem were given the Medal Of Honor for their actions in the rescue of Lieutenant Charles King.

A 1943 Western was made about this battle called ” Raiders Of Sunset Pass” staring Eddie Dew, Smiley Burnette & Jennifer Holt.

And now for a few bullet points:

* Everything is paid for by somebody who works.

*“Out on the road today I saw a deadhead sticker on a Cadillac A little voice inside my head said: ‘Don’t look back, you can never look back,’ I thought I knew what love was What did I know? Those days are gone forever I should just let them go but…” — Don Henley, The Boys of Summer

* Why do SO MANY women have tattoos on their legs? I’m afraid that an illustrated woman has no particular appeal to me. 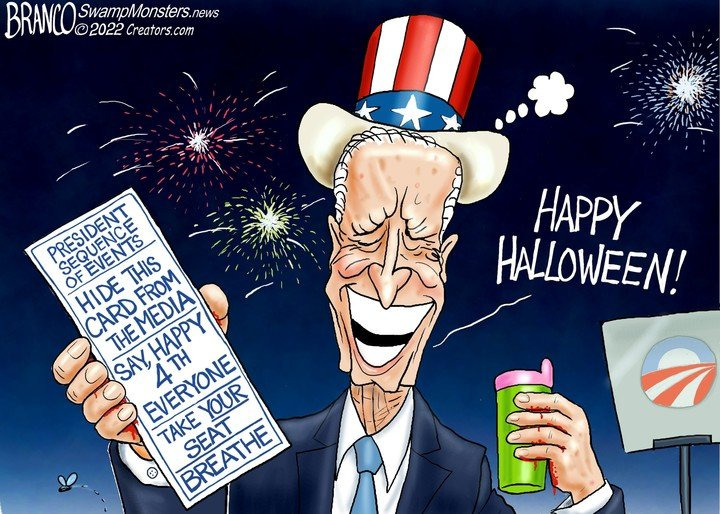